Thank you, next. Pamela Anderson is saying farewell to social media for good.

“This will be my last post on Instagram, Twitter or Facebook,” the Baywatch alum, 53, wrote on her respective accounts on Tuesday, January 26. “I’ve never been interested in social media and now that I’m settled into the life, I’m genuinely inspired by reading and being in nature. I am free.”

Anderson continued, “Thanks for the love. Blessings to you all. Let’s hope you find the strength and inspiration to follow your purpose and try not to be seduced by wasted time ?.” 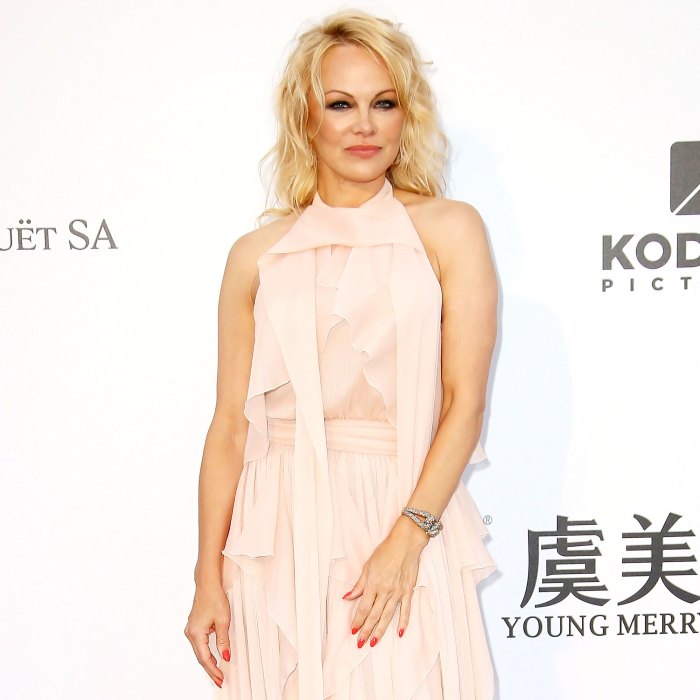 The Canadian star suggested that Big Tech companies “want” the masses to be distracted by their services so that they “make money” and have “control over your brain.” She concluded her posts with various hashtags, including “freedom,” “intimacy” and “human connection.”

Anderson’s absence from Instagram, Twitter and Facebook comes months after she became the creative director of a new social platform called Jasmin. The webcamming site aims to connect users with influencers and experts who they can speak with across various topics ranging from fitness to relationships.

“I love the concept, I love the idea of trying to connect people,” she told Good Morning America in May 2020. “I feel like it’s one of those things where users and influencers can talk about anything and it’s direct communication looking into somebody’s eyes — I kind of take social media to another level.”

The V.I.P. alum explained how she’s been able to use Jasmin to speak about the things that she cares about, such as romance. “I’m always in love and brokenhearted at the same time. My mother tells me so much it’s never going to change,” she added.

Later that month, Anderson admitted that she previously “misunderstood” and was “a little bit concerned” about what webcamming was before joining Jasmin. However, she has since come to understand the benefits of that form of communication.

“Once I got involved with Jasmin, I realized how great it is and how it helps people,” she told Fox News at the time. “With this, I’ve thought maybe it’s time to embrace technology and have it be a part of our relationships, a part of our friendships. It can complement relationships instead of being this kind of secret world that a lot of people have on social media.”

Us Weekly confirmed that February that Anderson and Peters, 75, were never legally married — a fact that she later elaborated on in a New York Times profile.

“I wasn’t married,” she told the publication last May. “No. I’m a romantic. I think I’m an easy target. And I think people just live in fear. I don’t know what all that was about, but I think fear really played a lot into it.”

X-ray technician, 60, who was ‘excited’ to get Covid vaccine died days later from ‘reaction’ to Pfizer jab, widow says