Pogue life! Madelyn Cline is speaking out on those Outer Banks season 3 photos posted by Chase Stokes, her costar and ex-boyfriend, in which the former couple were seen holding hands.

“It was our start of filming,” the actress, 24, exclusively told Us Weekly at the 30th Annual Elton John AIDS Foundation Academy Awards Viewing Party on Sunday, March 27.

Though she and costar Drew Starkey, who also attended the Los Angeles charity event, were sworn to secrecy about any details of the upcoming season — “We can’t say anything,” Cline demurred — the South Carolina native helped put the images in context.

Fans of the adventure series were thrilled to see that Cline and Stokes’ Outer Banks characters (Sarah Cameron and John B., respectively) got back together at the end of season 2 after splitting earlier that season due to John B.’s cold response to the death of Sarah’s father. Based on the Boy Erased actress’ remarks about the images, it’s clear that Sarah and John B. are still going strong — at least at the beginning of season 3. 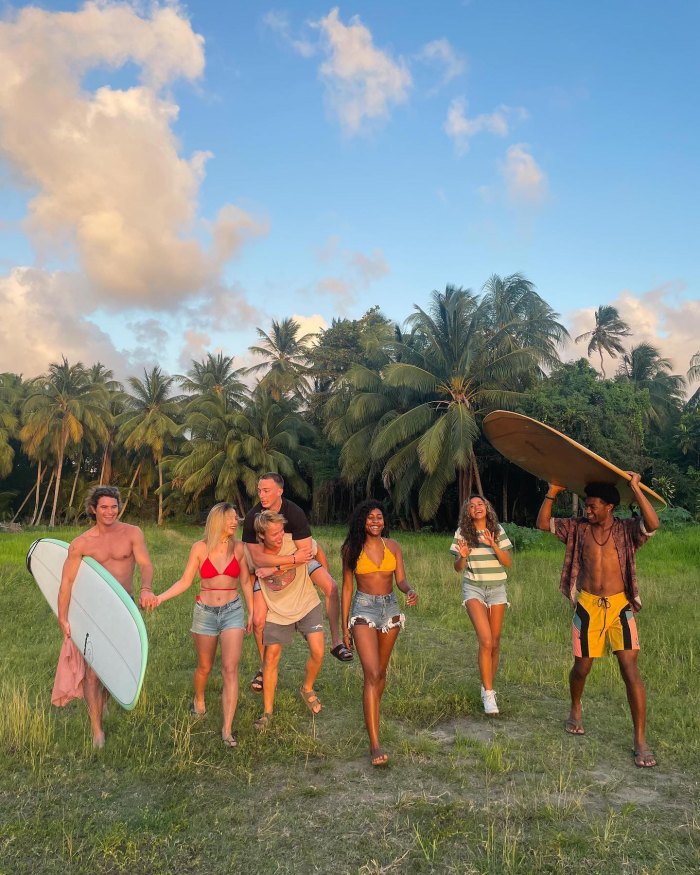 “Welcome back (:,” the Tell Me Your Secrets alum captioned the Netflix images, which he shared via Instagram last month. The photos depicted the fan favorite Pogues on set, laughing and smiling while in their swimsuits. Stokes, who was shirtless and carrying a surfboard, held Cline’s hand in both pictures.

In real life, after months of flirtatious social media comments and fan speculation, Cline and Stokes, 29, confirmed their relationship in June 2020. They frequently gushed about each other in interviews throughout the year and celebrated their one-year anniversary in April 2021. Despite splitting in November 2021, the pair are on good terms.

“She’s one of my favorite people on planet Earth,” the actor told Us exclusively about Cline in December 2021, noting that they are often in contact. “You know, it’s super awesome to work with somebody that you care about that much, and yeah, I’ll leave it at that.”

Prior to their breakup, the stars spoke out about how they kept their personal life and professional life separate, particularly when they are acting alongside each other on the Netflix series. 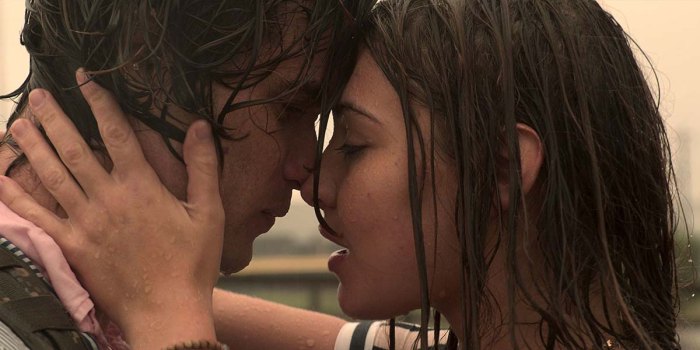 “We’ll be scene partners and take care of each other when it’s an emotional moment. … Then, as soon as we get back to our trailers and we’re taking off our makeup and character clothes, it’s like that world disappears,” Stokes told V Man in July 2021. I’m very thankful for her and the journey we’re on, it’s been awesome.”

One month later, Cline revealed to The Talk how the two handled their real-life romance while going into season 2.

“I was nervous, because for me my workspace was incredibly sacred. It’s very personal to me and I do not like to bring any sort of personal troubles to my workspace,” she said at the time. emphasized. “We laid the groundwork first and foremost, and I was like, ‘This is a big priority to me, and … from what I know based on how you work, it is for you too. But I want to make sure that we hold each other accountable and that we don’t bring anything personal that could potentially distract each other or our fellow castmates on the day.’”

Ultimately, she said, “It wasn’t hard at all, and I really respect that about him and our relationship.”

Season 3 of Outer Banks is still filming. Netflix has yet to announce a release date for the new episodes.