Love is all around! Olivia Munn shared her well wishes for ex-boyfriend Joel Kinnaman after he announced his engagement to Kelly Gale.

The Killing alum proposed to the Swedish-born model on a mountain top that overlooked the ocean, sharing a photo showing him down on one knee.

“Yours forever❤️,” Gale, 25, captioned two photos from the magical moment. 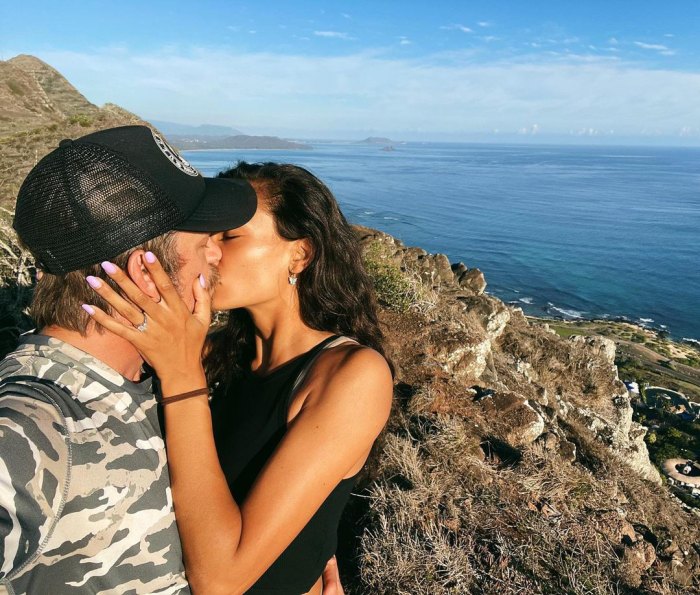 In addition to Munn’s comment, the couple received congratulatory wishes from stars including Shantel VanSanten and Wilmer Valderrama.

The That ‘70s Show alum, 40, added: “Yes brother!! Felicidades, Here’s to an amazing and adventurous life.” 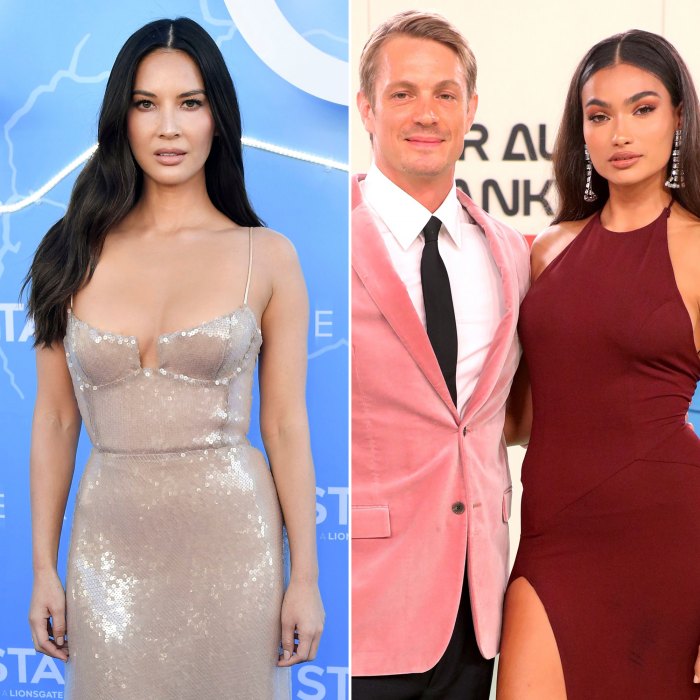 Kinnaman and Munn met in 2011, but their relationship wasn’t confirmed until March 2012. Us Weekly exclusively reported that their romance fizzled out two years later.

“They ended things a few months ago but both seem fine,” a source told Us in April 2014. “A lot had to do with distance. He’s back filming in Toronto and she’s now in L.A. for good.”

A second source noted that the pair were “actually close friends before they even started dating,” noting they had been able to “stay really good friends even through the breakup.”

The Love Wedding Repeat actress moved on with Green Bay Packers quarterback Aaron Rodgers, whom she dated for three years before calling it quits in April 2017.  She was linked to Tucker Roberts in December 2018. The pair split shortly after making their Hollywood party debut and becoming Instagram official in November 2019.

The For All Mankind actor, for his part, was married to Swedish tattoo artist Cleo Wattenström from 2015 to 2018 before meeting Gale. He and the former Victoria’s Secret model went public with their relationship while attending the Coachella Valley Music and Arts Festival in April 2019.