No time for haters! Olivia Jade Giannulli clapped back at a troll who tried to bring up the college admissions scandal, which resulted in her parents, Lori Loughlin and Mossimo Giannulli, serving time in prison.

After a fan asked the 21-year-old YouTuber, “How’s collage?” Olivia Jade gave an honest answer about her crafting skills via TikTok on Sunday, March 7.

“Thank you for asking. It’s pretty good,” she said while sitting on a white bed. “I actually love collaging.” 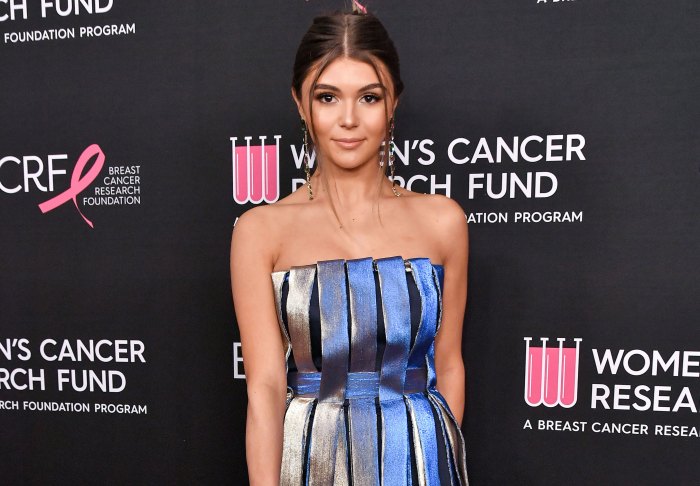 The beauty influencer trolled the commenter, adding, “I’m working on this really f–king sick scrapbook that I have to show you guys soon. It’s chef’s kiss, beautiful work I’ve done.”

Olivia Jade’s video response to the user, who clearly meant to throw shade at the star about college after her family’s scandal, has earned more than 88 thousand “likes” on TikTok. The social media clip came less than two months after Olivia Jade returned to YouTube and rebranded her vlog after the drama.

The California native posted her comeback video on January 21, which included a new intro that showed old footage of her previous videos and scenes with her mom, 56, and dad, 57. She also apologized to her fans once again for her past actions in regard to the college admissions scandal, which led to both her and her sister Bella Giannulli’s exit from the University of Southern California, in an attempt to move forward. 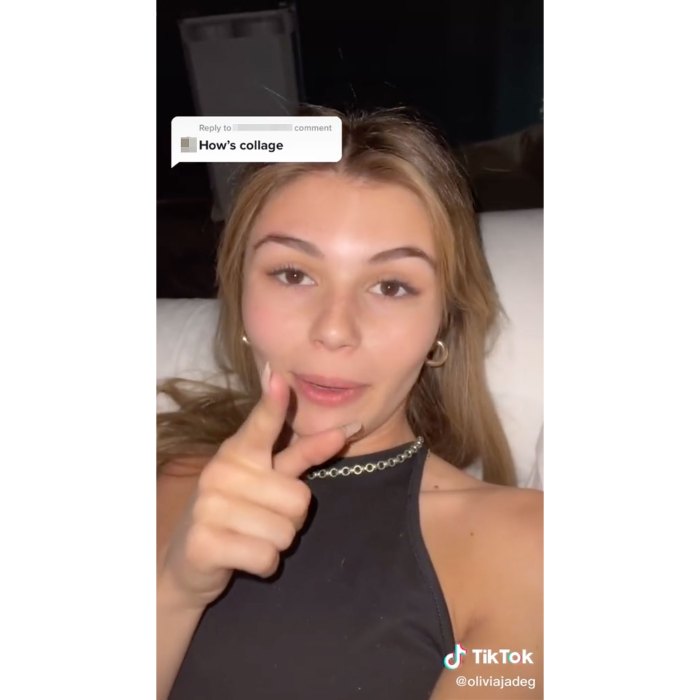 “Although I can’t change the past, I can change how I act and what I do going forward. Just for my own mental sanity, I don’t want to keep rehashing things,” she said in the clip, which has more than 750,000 views. “I just want to move on and do better and move forward and come back [and] do what I love, which is YouTube. You don’t have to watch, nobody’s forcing you.”

Olivia Jade was absent from her YouTube channel for two years amid the college scandal, with a source exclusively telling Us Weekly in January that she decided to return because she “is finally is a great headspace. She’s no longer worried about what the world will think when she puts herself out there.”

The star’s channel and social media accounts went quiet in March 2019 after the Fuller House alum and her designer husband were arrested after being accused of paying $500,000 to ensure their daughters would be admitted into the University of Southern California.

More than a year after claiming they were innocent in the nationwide scandal, the couple pleaded guilty to fraud charges in May 2020. Loughlin was sentenced to two months in prison, which she completed in December 2020. Mossimo, for his part, began his five-month stint in jail in November 2020. They were also fined $400,000 and have to complete community service.

Ahead of her mom’s release from jail, Olivia Jade broke her silence on the scandal during a December appearance on the Red Table Talk on Facebook Watch. The beauty guru apologized for the situation, admitting she was unaware of how privileged she was.

“I took my privilege and all my blessings for granted, and I never thought anything of it,” she explained. “I feel like a huge part of having privilege is not knowing you have privilege, and so when it was happening, it didn’t feel wrong.”

She also asked for a second chance, pointing out that she felt “very misunderstood” at the time, noting, “I’m not this bratty girl that doesn’t want to change anything.”