North West sparked a lot of debate on social media after her mother, Kim Kardashian, showed off an impressive painting that her daughter created. While several people claimed there was no way the 7-year-old could have painted it, TikTok user Camryn Frederickson laid out a valid argument with receipts.

“I actually can’t believe right now that I’m being put in a position where I am probably one of the only people in the world who has evidence to prove that Kim is not lying,” she began on Tuesday, February 9. 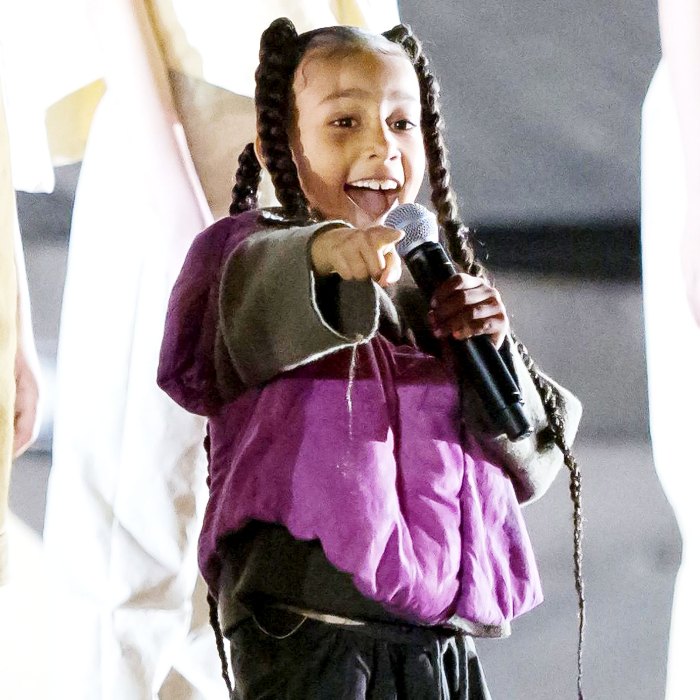 Frederickson then showcased a painting from 2006 that she created at a young age, noting that it was the same piece that North worked on recently. “My mom taught me how to paint this and she taught North how to paint the same one just two weeks ago,” she explained. “She’s been an art teacher for 30 years and everyone that comes through her classes goes through this exact same painting when they’re starting out.” 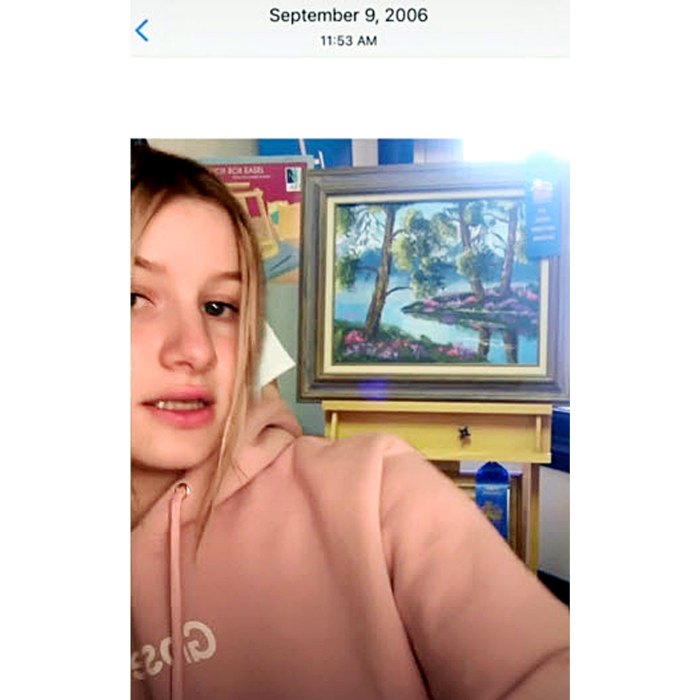 The social media star then shared a pic of herself and her mother, Celeste Astor Frederickson. “She’s beautiful. I’m so proud of her every day for running a business on her own and being just insanely talented. Love you, Mom,” she added.

On Frederickson’s Instagram Stories on Tuesday, she shared Kardashian’s photo of North’s artwork along with another shout-out for her mom. “@celestefrederickson you are a BOSS LADY!!!” she wrote. “I am always so in awe of you momma.”

The Skims founder, 40, took to her Instagram Stories on Monday, February 8, to brag about her eldest child’s talents. “My little artist North,” the Keeping Up With the Kardashians star captioned her kid’s scenic portrait, which showed a stunning view of a lake and trees with mountains in the background.

#stitch with @you.will.never.know.123 #greenscreen #northwest #northwestpainting when Kim is literally not lying

Kardashian has frequently raved about North’s abilities over the years. When she celebrated her daughter’s 7th birthday in June 2020, she gushed about her growing girl being “the most … creative Gemini performer ever.”

In the previous year, the KKW Beauty mogul told husband Kanye West, who was interviewing her for Vogue Arabia, that North “is so creative” and “expressive.” Kardashian also noted that she has a very similar personality to the 43-year-old rapper. 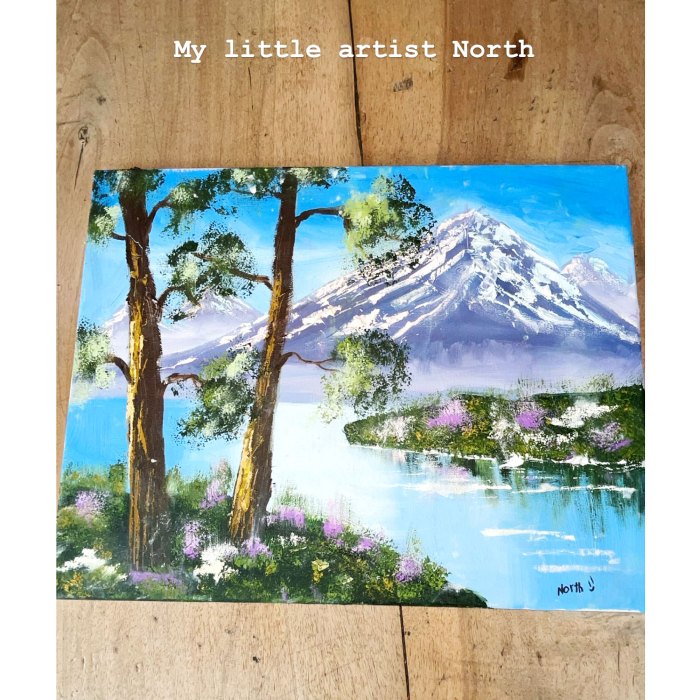 The pair also share daughter Chicago, 3, and sons Saint, 5, and Psalm, 21 months. Us Weekly confirmed in January that the reality star is “done” with their marriage and is working with attorney Laura Wasser to reach a divorce settlement before officially filing.

“They have been living apart for a year now and he doesn’t have too many things [at Kim’s house] that he would need,” a source told Us exclusively on February 4. “They are both clearly going through the hardest part of this separation right now.”