Giving credit where credit is due! Nikki Bella gave a shout-out to her ex-fiancé John Cena during her and twin sister Brie Bella’s speech at the 2021 WWE Hall of Fame ceremony.

After Brie, 37, thanked fellow female wresters who “fought alongside us and helped revolutionize the women’s division,” Nikki, 37, noted that male wrestlers have been on their side too. She then specifically brought up Cena, 43.

“And to John, thank you for teaching me a lot about this business and truly helping me find my fearless side,” Nikki said during the speech, which was broadcast on Peacock earlier this month after the March 31 ceremony. 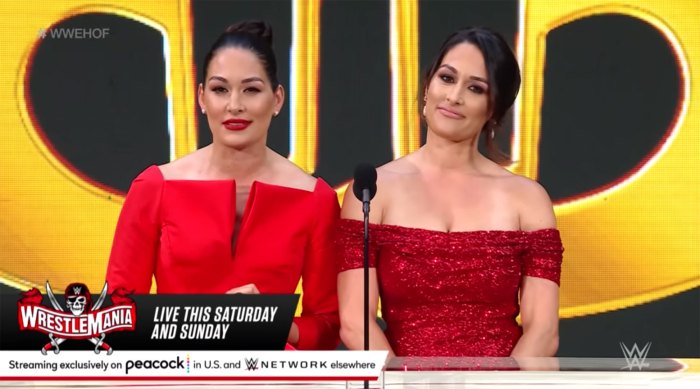 Brie Bella and Nikki Bella during the WWE Hall of Fame. WWE

The Dancing With the Stars alum got engaged to Cena in 2017 after five years of dating. One year later, Us Weekly broke the news that their engagement was off. While the twosome briefly reconciled, Nikki confirmed that they were over for good in July 2018.

“After I called off the engagement, we tried to work on our relationship to get back to where it was in order to move forward with our wedding,” Nikki said in a statement at the time. “After much time and soul-searching alone, and together, we have decided to officially part ways. I had a beautiful and loving six-year relationship with a wonderful man. I have the utmost respect for John, but I know this is what’s best for me.” 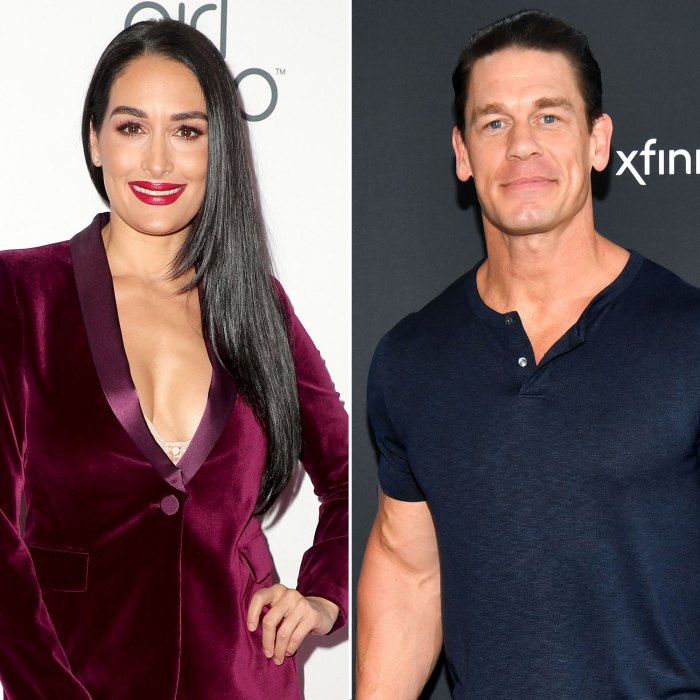 The Total Divas alum moved on with Artem Chigvintsev, who she competed with on the ABC reality show when she was still with Cena. After six months of dating, the couple announced they were officially “boyfriend and girlfriend” in July 2019. That November, the duo got engaged in France. When she gave birth to her and Chigvintsev’s first son, Matteo, in July 2020, Nikki told Us exclusively that Cena reached out.

“John and I will be tied forever. I get that, like, we had a public relationship on a reality show for six years,” she said in November 2020. “All I’ve ever wanted was for him to be happy. So, it makes me happy when I see that and, like, him kicking butt in the movie world and all that stuff. I love that! So with the baby, he reached out to Brie and I both.”

Brie and husband Bryan Danielson welcome their second child, a son named Buddy, one day after her twin gave birth.

Nikki added, “We haven’t had an individual conversation in gosh, I don’t know how long, but it was very short and sweet!”

Cena, for his part, married Shay Shariatzadeh in October 2020.