Totally smitten. Nick Viall posted about his new girlfriend, Natalie Joy, for the first time — and he did it in the cutest way possible!

On Tuesday, February 9, the former Bachelor star took to Instagram to share a video of Joy reading a book while her wet hair was wrapped in a towel. The adorable video zoomed in toward her and she gave a little nod of her head as applause played. 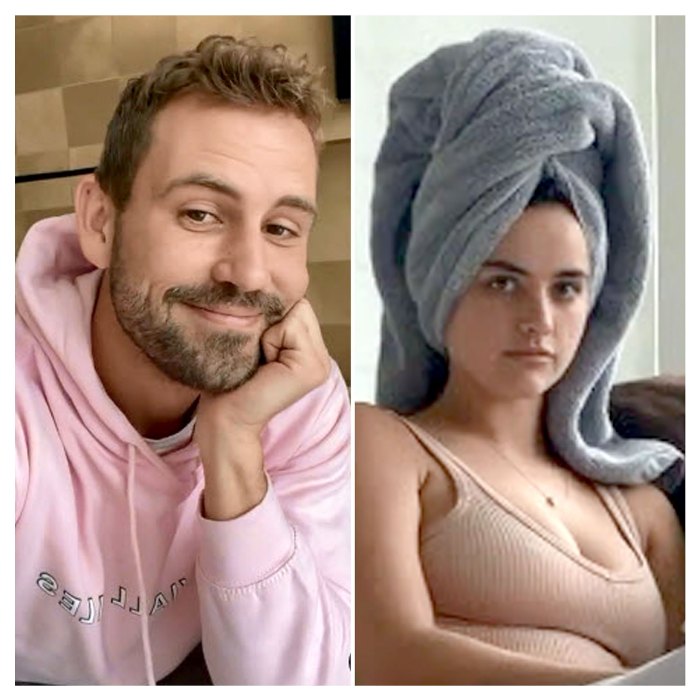 “Ladies and gentlemen … Her @nnataliejjoy ❤️,” the 40-year-old captioned the clip, in which he flipped the screen to show himself smiling.

Viall was first linked to the surgical technologist in 2019 after they met on Instagram. Though they initially kept the details of their romance under wraps, they went Instagram official on January 27 via Joy’s Instagram Stories. At the time, she tried to kiss the reality star as he played a virtual reality game.

A source told Us Weekly exclusively on Friday, February 5, that the pair are “a great match” for each other. “Nick and Natalie have been very coy about their relationship. He’s not one to just divulge his love life, especially after everyone witnessed his public breakups and what he’s gone through on national TV,” the insider revealed. “Their relationship is very real. They’ve been dating since the beginning of COVID but have just started going public. They’re pretty much inseparable. You can say she practically lives with him because she’s at his house that much.” 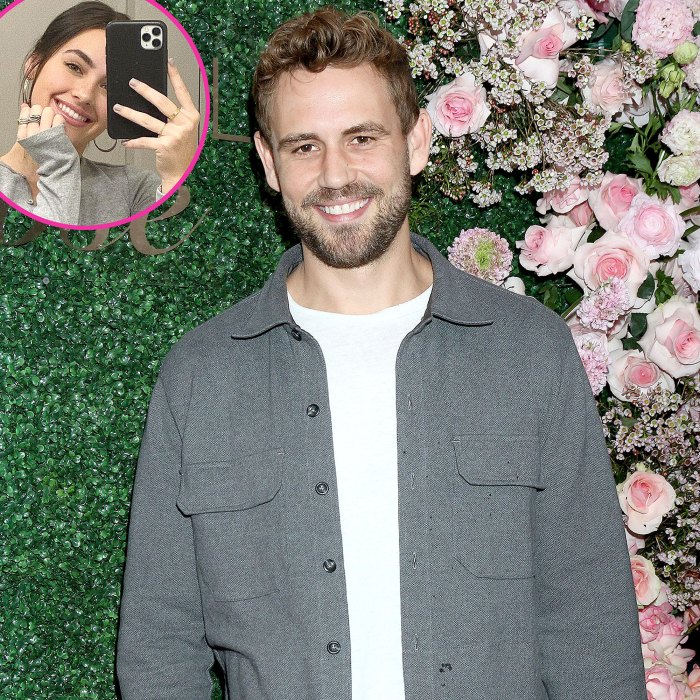 Viall has enjoyed playing a “teasing game with his fans and revealing a little at a time” about his new relationship, the source added while noting that the influencer “loves all the attention he gets from them and really gets a kick out of them guessing who he’s dating, and all the details of his relationship.”

The Bachelor in Paradise alum recently revealed on his “Viall Files” podcast that he nearly lost Joy. “She finally got to the point where she was like, ‘I want to date,’ and I was like, ‘I don’t know,’” he recalled on an episode released on Monday, February 8. “She took the advice I’ve told a lot of people on this podcast and said, ‘OK. This is what I want. It’s fine, no big deal. I’m going to do my own thing.’”

He added that his new flame is “very confident in the most chill way.”

Before his new romance, Viall’s love life unfolded on reality TV. He joined The Bachelorette in 2014 to compete for Andi Dorfman’s heart but he ended season 10 as the runner-up to Josh Murray. He became the runner-up again after competing on Kaitlyn Bristowe’s Bachelorette season in 2015, which he joined in week 4.

As a contestant on season 3 of Bachelor in Paradise in 2016, he made a connection with Jennifer Saviano but broke up with her before leaving the summer spinoff. Later that year, he was announced as the Bachelor for season 21. He got engaged to Vanessa Grimaldi in his season’s finale, which aired the following year.

Viall and Grimaldi, 33, ended their engagement in August 2017.