Closing in on The One? Nick Viall’s new romance with girlfriend Natalie Joy appears to be smooth sailing so far.

“Nick and Natalie have been very coy about their relationship. He’s not one to just divulge his love life, especially after everyone witnessed his public breakups and what he’s gone through on national TV,” a source tells Us Weekly exclusively. “Their relationship is very real. They’ve been dating since the beginning of COVID but have just started going public. They’re pretty much inseparable. You can say she practically lives with him because she’s at his house that much.”

The former Bachelor star’s friends think that Joy is “a great match for him,” the insider reveals. 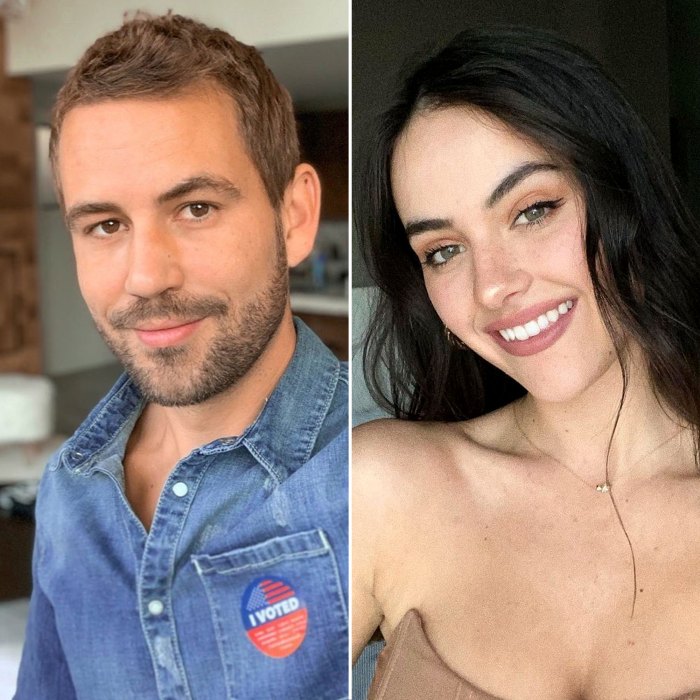 The source adds that Viall, 40, is playing a “teasing game with his fans and revealing a little at a time,” noting that he “loves all the attention he gets from them and really gets a kick out of them guessing who he’s dating, and all the details of his relationship.”

The “Viall Files” podcast host was first linked to Joy in 2019. After initially keeping the details of their romance private, the duo made their relationship Instagram official on January 27. They both appeared on the surgical technologist’s Instagram Stories, during which Joy attempted to kiss Viall as he played a virtual reality game with goggles over his eyes.

Bachelor Nation fans have witnessed Viall’s ups and downs in romance after he searched for love across the popular franchise. He previously competed for Andi Dorfman’s heart on season 10 of The Bachelorette in 2014, ending his time as the runner-up. The following year, he became the runner-up again on Kaitlyn Bristowe’s Bachelorette season after joining as a late entry.

Viall broke up with Jennifer Saviano on season 3 of Bachelor in Paradise in 2016 before being announced as the Bachelor later that year. At the end of his Bachelor journey, he got engaged to Vanessa Grimaldi. The pair’s split was announced in August 2017.

Three years after the breakup, Viall and Grimaldi, 33, shed light on why they ultimately chose to part ways when they reunited for his Patreon series.

“I think the one thing Vanessa and I really agreed about is how much we cared and how much we tried,” he said in September 2020. “And we just went about it so unproductively. … If the speed of how you’re driving is equal to the effort you’re putting in, we were both going 100 miles per hour, but we were both going at opposite directions at one another, and it eventually just crashed and exploded.”

Grimaldi chimed in, “Coming off of the show, it was f—king hard. I don’t even know if you know this, but I would lock myself in the bathroom, just turn the shower on and cry for hours. I’m pretty sure I went through states of depression … while we were living together in downtown L.A., while you were on Dancing With the Stars.”