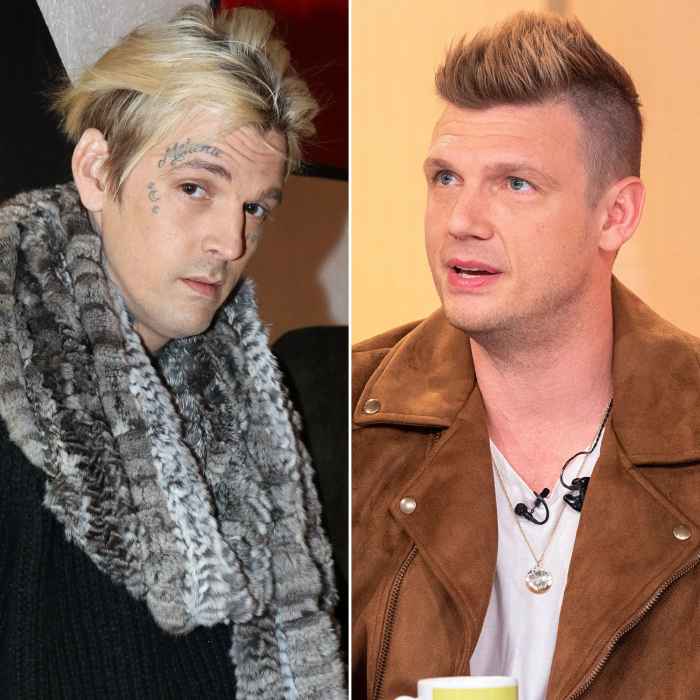 The show must go on. Nick Carter played a concert at London’s O2 Arena the day after his brother Aaron Carter was found dead — but the Backstreet Boys shared an emotional tribute to the late rapper.

The boy band played their song “No Place” on Sunday, November 6, as a montage of photos showing Aaron and Nick, 42, was displayed on the giant screens. The Florida native was emotional, openly crying on stage while bandmate Kevin Richardson spoke to the crowd. 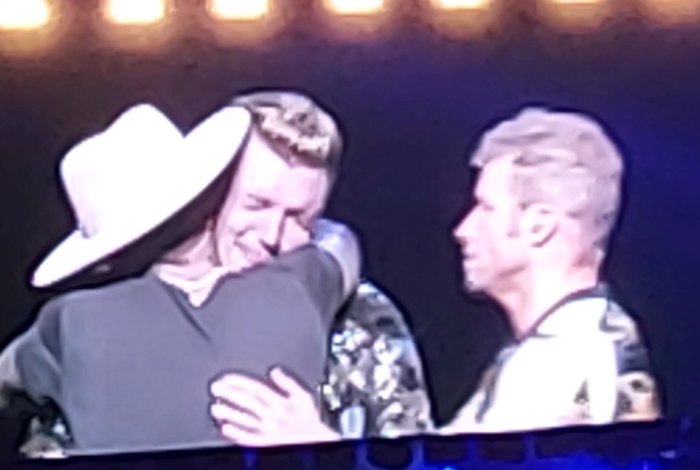 Right before he mentioned Aaron’s death, Nick seemed visibly emotional and bandmate A.J. McLean wrapped him in a hug. Brian Littrell made it a group hug and then Howie Dorough joined in to comfort their grieving pal as Richardson explained why the group was in mourning. 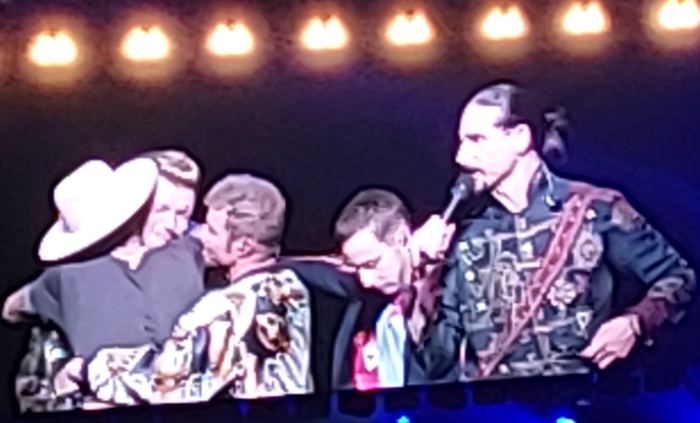 “Tonight we’ve got heavy hearts because we lost one of our family members yesterday, and we just wanted to find a moment in our show to recognize him,” the singer explained. “Nick’s little brother, Aaron Carter passed away yesterday at [34] years old. He’s a part of our family. We thank you guys for all the love and the well wishes and all your support.”

Dorough, 49, added, “We’d like to dedicate this song to our little brother, Aaron Carter. … May he rest in heaven.”

The “I Want Candy” singer was found dead at his California home on Saturday, November 5, a rep confirmed to Us Weekly. He was 34.

Nick first addressed his brother’s death on Sunday morning. “My heart has been broken today. Even though my brother and I have had a complicated relationship, my love for him has never ever faded,” the BSB singer wrote via Instagram. “I have always held onto the hope that he would somehow, someday want to walk a healthy path and eventually find the help that he so desperately needed.”

He added, “Sometimes we want to blame someone or something for a loss. But the truth is that addiction and mental illness is the real villain here. I will miss my brother more than anyone will ever know. I love you Chizz., now you get a chance to finally have some peace you could never find here on earth. … God, Please take care of my baby brother.”

Aaron is survived by his son Prince, born in November 2021.