HE’s made a name for himself as telly’s ladies’ man, but Pete Wicks says his romantic endeavours can occasionally get exaggerated.

The TOWIE hunk, 32, was left laughing after he was linked to an older lady – his own mum, Tracy, 59. 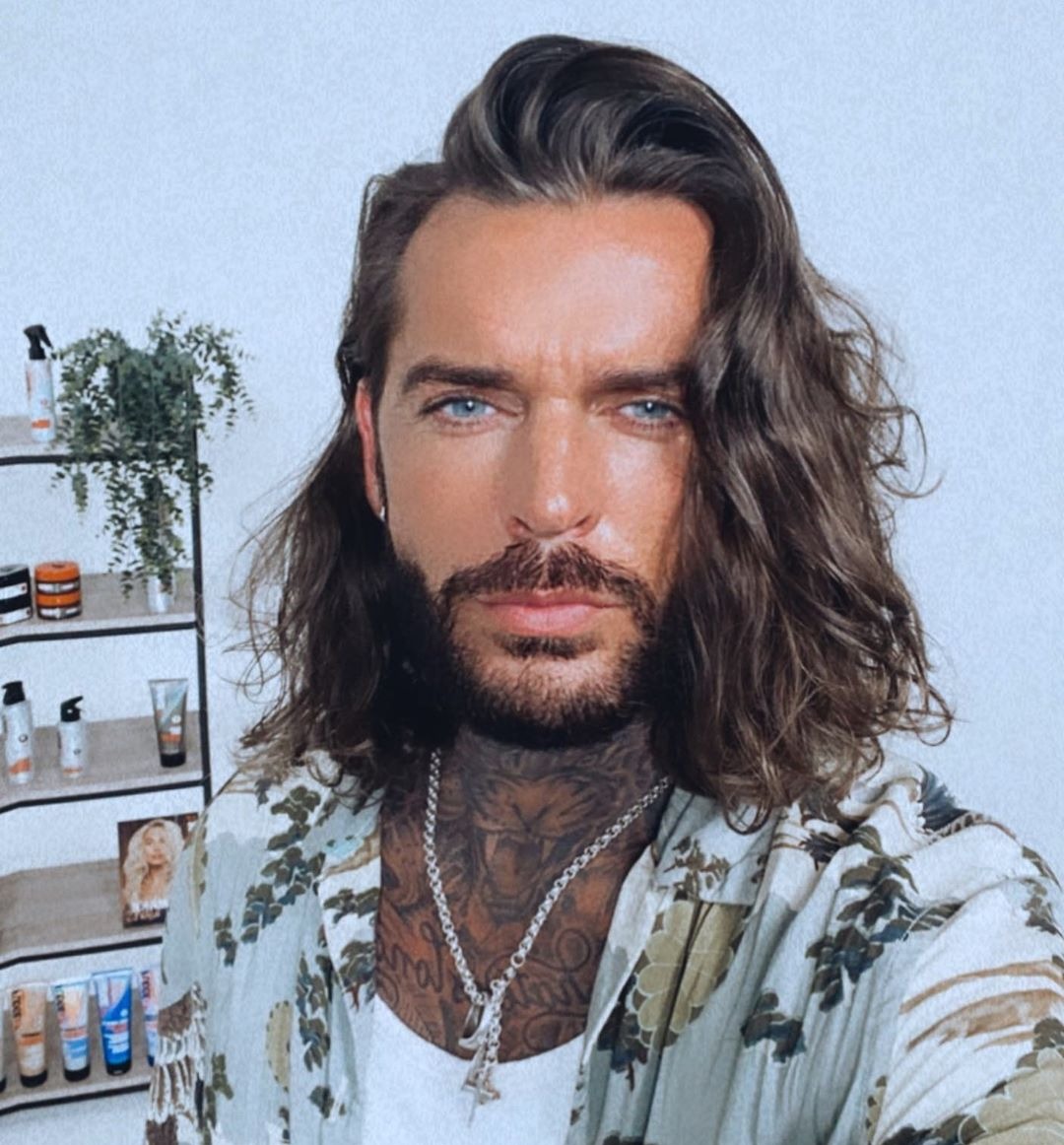 Pete told how his romantic endeavours can sometimes get exagerratedCredit: Instagram

Pete said: “I don’t have the best reputation when it comes to women so if I stand next to a woman everyone thinks I’ve s*****d her.

“A couple of years ago I was at my mum’s for an event. I was outside having a cigarette with my mum.

“There was a picture of me the next day which said ‘Pete with mystery blonde’.”

Pete said at this point he knew he had to make a change to focus on work, not play. 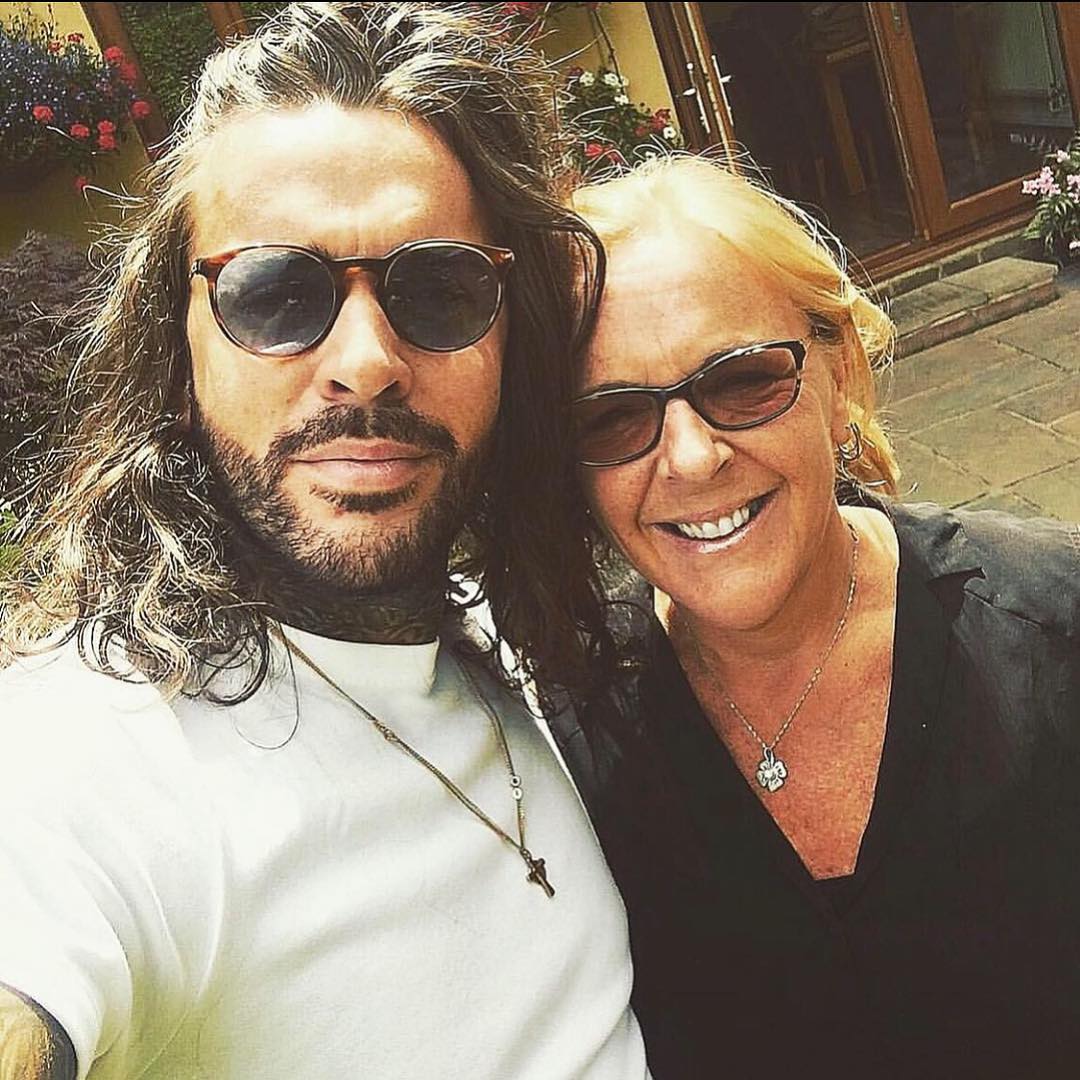 He said: “I knew it was time to take a step back.”

The long haired and heavily tattooed reality star, from Harlow, Essex, was christened “The Essex Pirate” when he first appeared on the ITV show in 2015.

After a series of rocky romances on the show, Pete also earned himself a reputation as somewhat of a player.

But the reality star is keen to put the past behind him as he discovered a newfound love of presenting and interviewing.

But Pete says his scruffy looks and gruff demeanor may have ruled him out from primetime gigs like ITV’s GMB.

He said: “I’m not very good talking about myself but I love finding out about people.

“I doubt anyone would want to see me on the TV every morning. 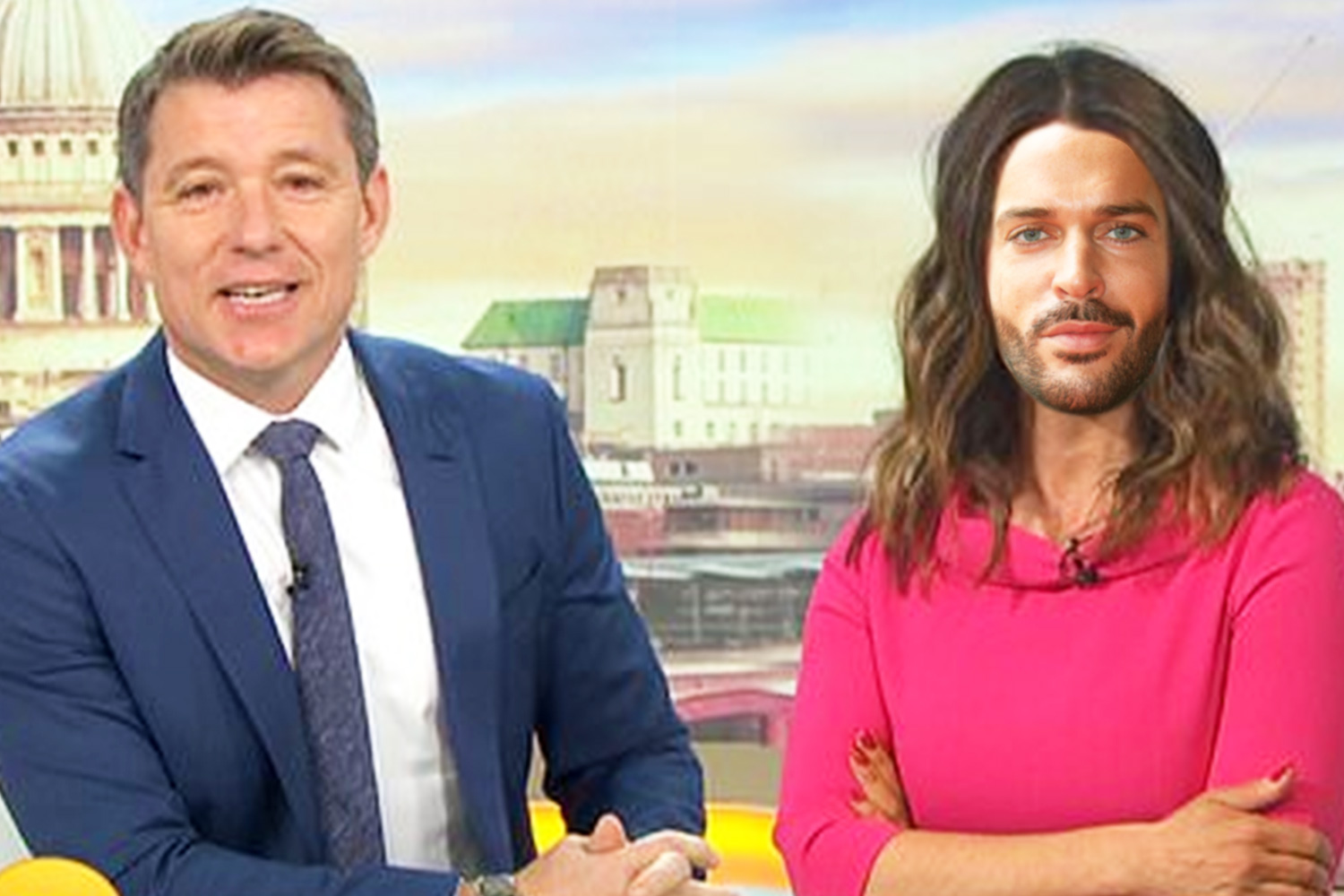 “You’ve got Ben Shepherd – he’s a lovely wholesome guy and then you’d have someone next to him who looks like he’s been living on the streets for about ten years.

“I’m not sure I’m the right fit for GMB but you never know.

“I imagine there would be more Ofcom complaints than when Piers was there.”

His internet series Reality News anchored with unlikely best pal Made in Chelsea’s Sam Thompson was picked up by E4 and is now airing on the channel and on social media.

Pete and Sam became best friends after appearing on Celebs Go Dating in 2018.

They started the tongue-in-cheek series covering the weekly headlines of reality TV shows while bored in lockdown last year. 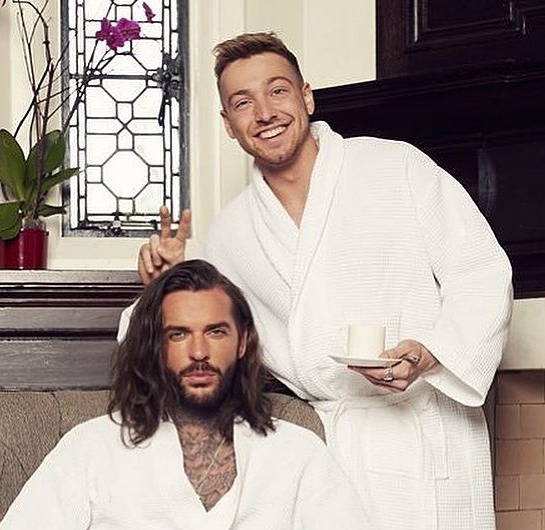 Pete and unlikely BFF Made in Chelsea’s Sam ThompsonCredit: Instagram

He said: “It was really just to get us through lockdown and it was a chance for us to show that people who do reality TV don’t all think they are going to Hollywood.

“There’s perhaps a misconception that people who do reality TV take themselves too seriously.”

And Pete is better placed than most to have his say on reality drama – after spending six years of his life creating drama on TOWIE.

His take-no-prisoners attitude to romance that launched him into public consciousness.

He began dating Megan McKenna in 2016 but the on-off romance was rocked by allegations Pete had sent saucy messages to his ex Jacqui Ryland. 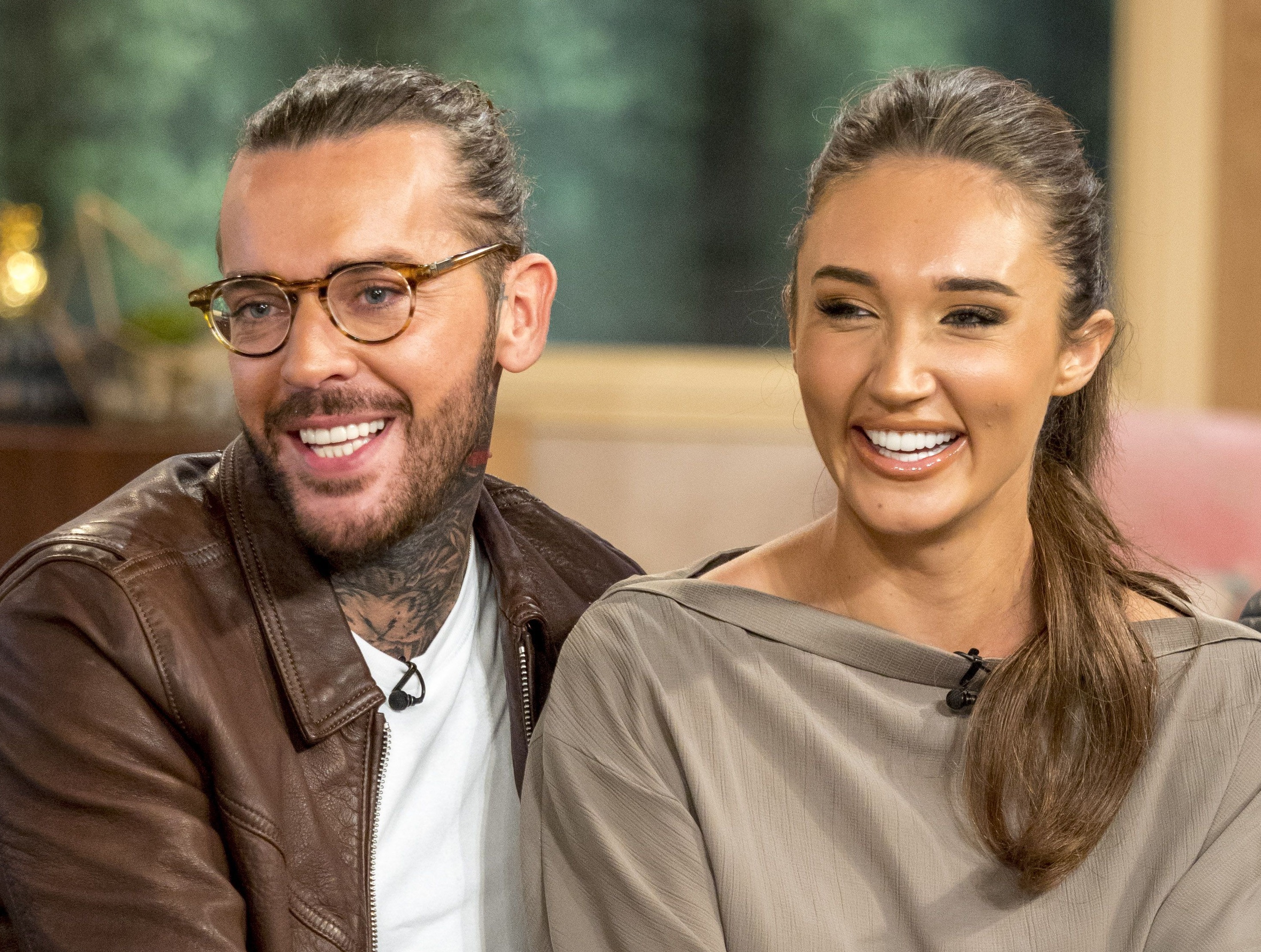 After a year of on-off dating the pair called it quits in 2018 after a series of public rows.

Since then he’s been linked to Towie’s Shelby Tribble, Chloe Sims and even smooched Ella Rae Wise on the latest series of the reality show.

He briefly dated single mum Georgina Mullins from his appearance on Celebs Go Dating in 2018.

The estate agent had famously been dumped by TV actor husband Justin Hartley on the Los Angeles-based property programme and recently split with Dancing with the Stars pro Keo Motsepe at Christmas.

Her appearance on Pete’s tattoo podcast Just A Little Prick in February fuelled rumours the pair were romantically involved.

One fan mused: “Hmmm I think she likes Pete.”

But Pete says there is a far more reasonable explanation – the famous estate agent had appeared on an early episode of Reality News. 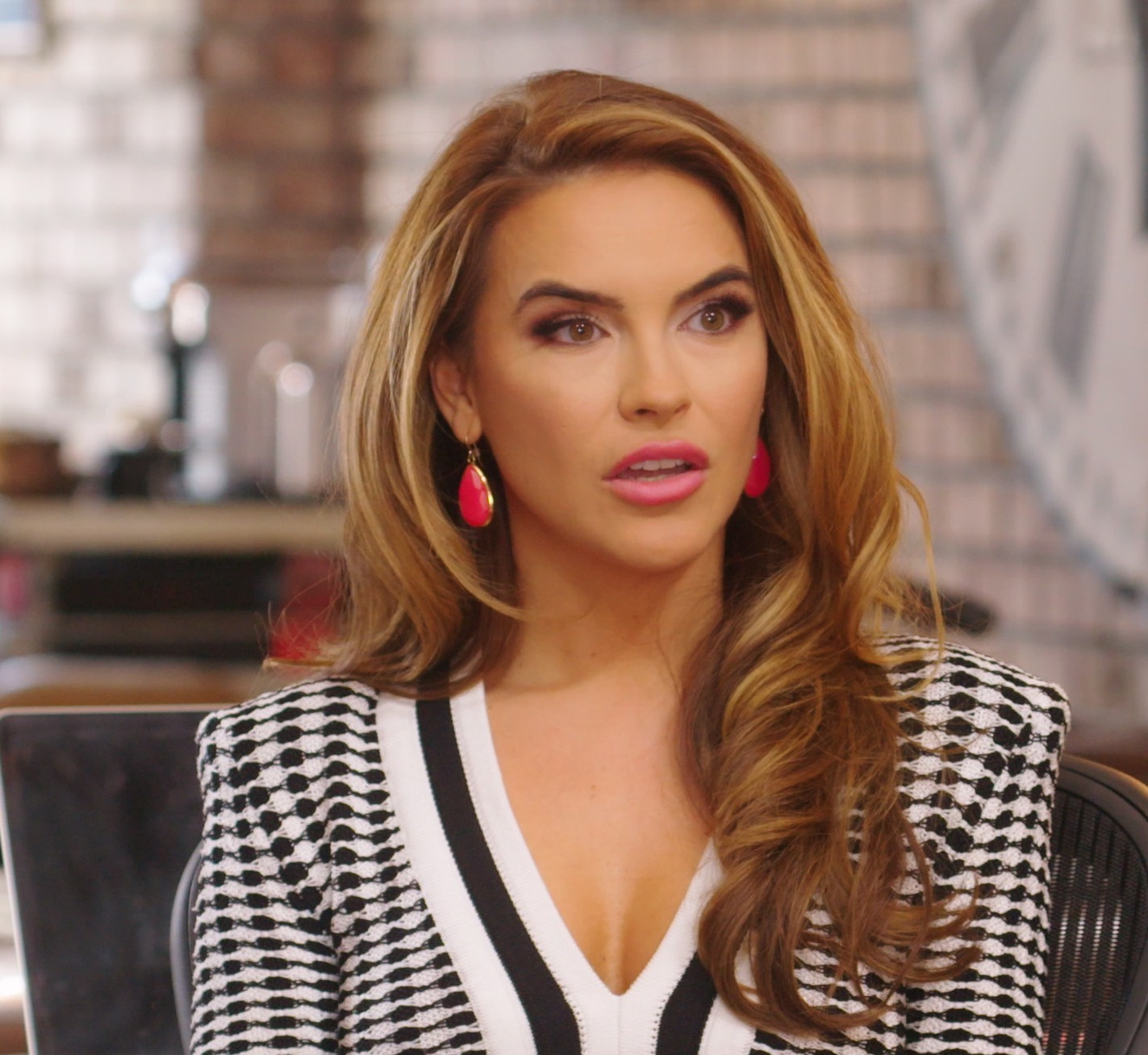 Pete was linked to Netflix star Chrishell Stause after she appeared in a pilot for Reality NewsCredit: Netflix

He said: “Sam and I were doing a pilot for Reality News and Chrishell was an LA correspondent.

“Me and Chrishell got on really, really well.

“Chrishell and I have stayed in contact – we’re really good friends and she came on the podcast for me.

“We talk quite regularly – but as friends.”

And Pete admits they haven’t ever met face-to-face but have promised to get inked together when they eventually meet up in Los Angeles.

He said: “Next time I’m in LA I’m going to go see her and we’re going to have kamikaze tattoos.

“It’s a bit of a game where we’re basically going to pick each other’s tattoos.”

While Pete can laugh off social media speculation about his love life, he says he understands how celebs can take comments to heart.

His storylines on TOWIE have often left fans furious at his behaviour – and take to social media to vent their ire.

He said: “I get death threats on a weekly basis. Hundreds of them.

“A few years ago I had people sending in videos of dolls of me being thrown onto bonfires.

“You do have that small minority who are just complete 24-carat d******ds. 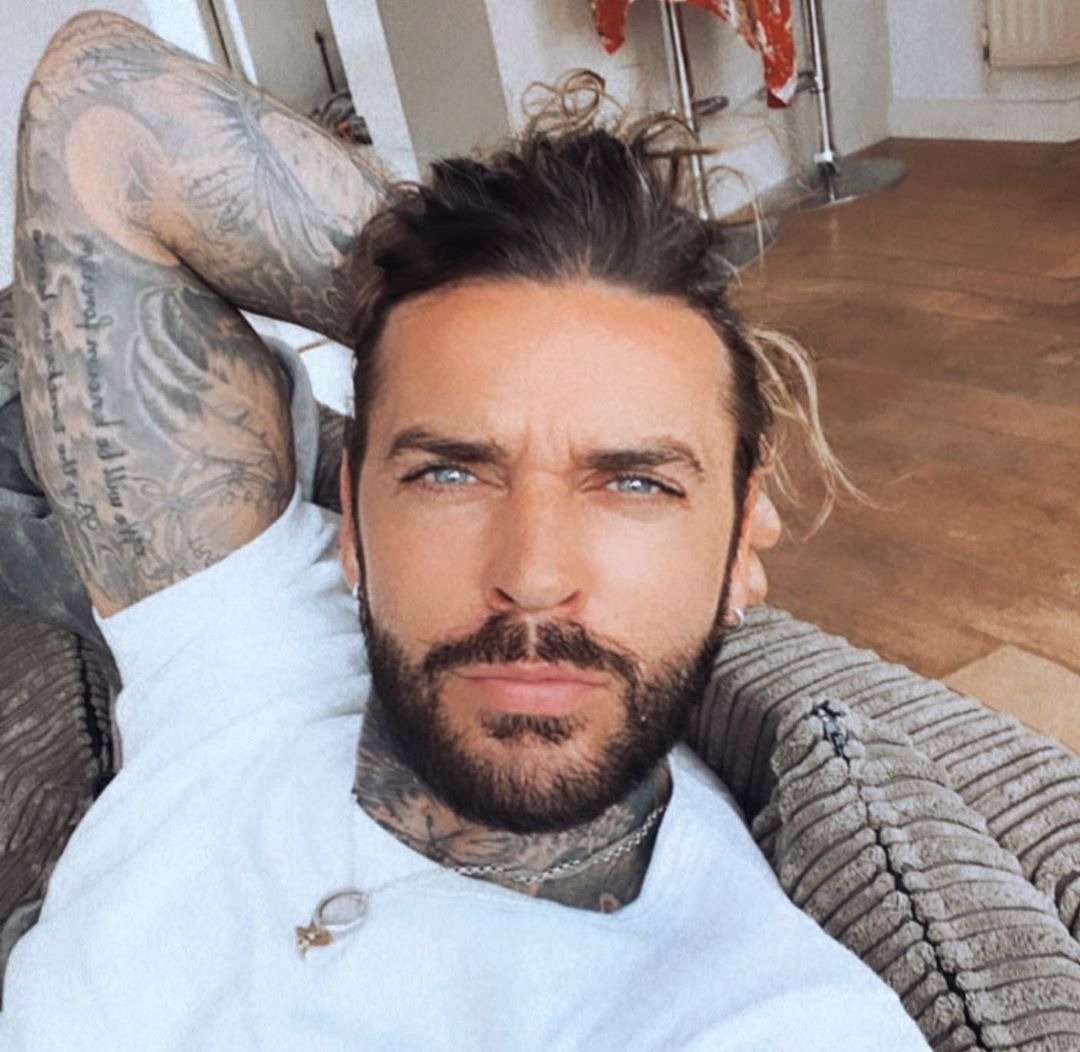 Pete says social media comes with both positives and negatives

“That’s kind of life but on a much bigger scale.

“I get some really lovely messages from people as well – it’s kind of a catch 22.

“You get a lot of support from social media and a lot of people who want to understand your situation.

“Part of the reason I like to do Reality News and the podcast is I like showing people we are normal people but with slightly different jobs.”

Pete’s route to stardom differs from reality stars who were launched into the spotlight from Love Island or Big Brother.

From recruitment to reality

Before he was cast in TOWIE in 2015, Pete was the director of an international recruitment agency providing doctors to the NHS for 11 years.

He caught the eye of casting directors through his friendship with James Locke – but initially turned them down.

It was only when he was setting up his own firm he accepted the offer of a sunshine shoot in Marbella.

He said: “Everything I’ve ever done I’ve worked for.

“Me and Locky were mates before the show. TOWIE had asked me to do it for a while.

“I went to set up my own company and thought maybe I’ll just do this for an experience. 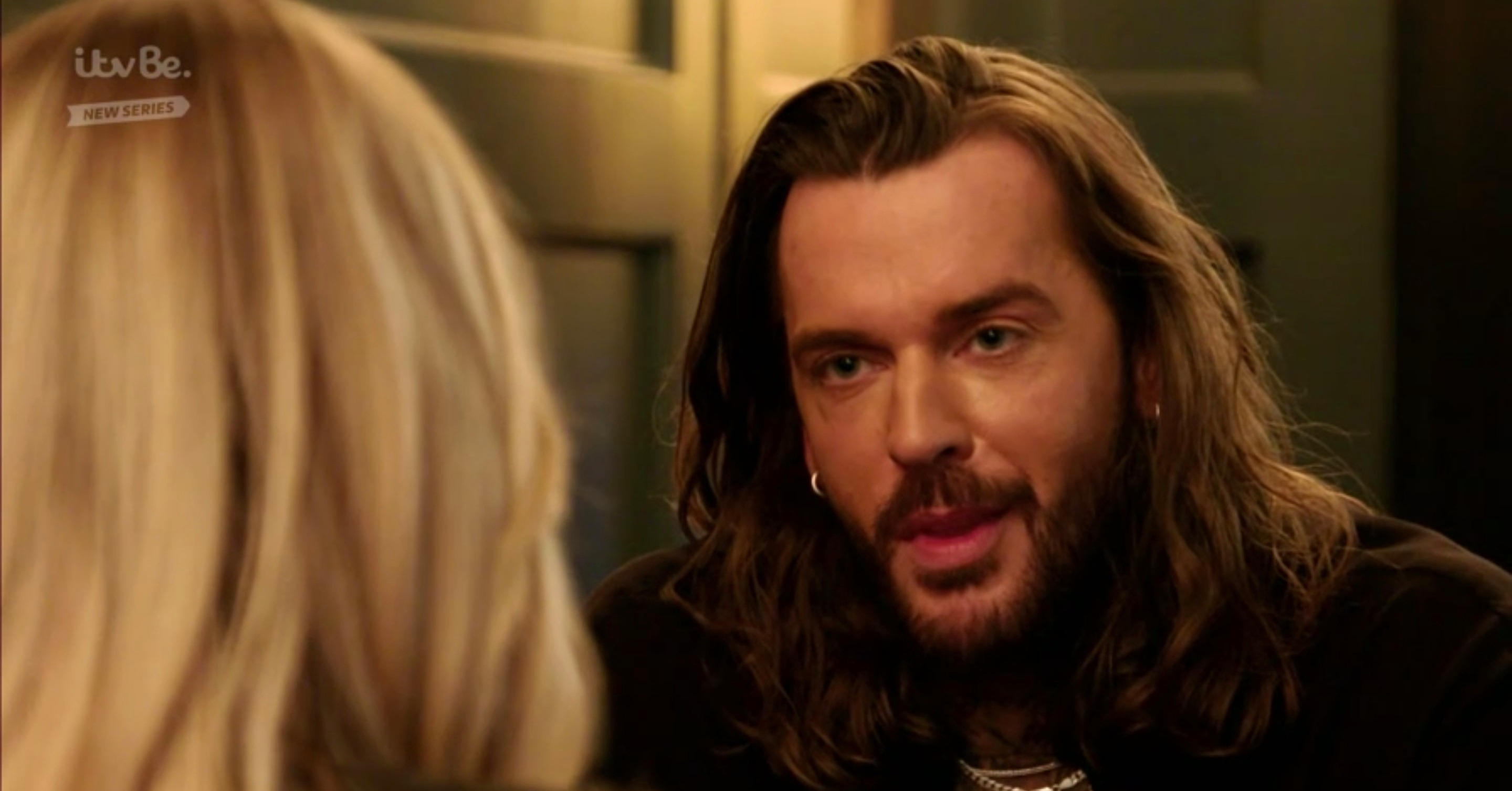 Pete worked in recruitment for 11 years before he agreed to take part in ITV’s TOWIECredit: Eroteme

“I basically agreed to fly to Marbella for my own first episode three days before I left.

“I thought ‘I’ll do it – I’ll have ten days in Marbella with Locky, do it for the experience and that will be it’.”

Six years later, his reality career is still going strong with more than 150 episodes of TOWIE under his belt.

He’s also had stints on Celebrity Circle this year, Celebrity Masterchef in 2020 and First Dates Hotel in 2019.

But he says the key to reality success is to never watch yourself on screen.

“That’s actually helped me over the years because it means I don’t question how I am.”

Unsurprisingly given his packed schedule, Pete has told he’s yearning to take a bit of time off.

Speaking to Sun Online this week, Pete told how he wants to take a break by becoming a part-time Tibetan monk.

He said: “I want to take a month or two off at the end of summer and just travel.

“I would love to go to Nepal for a month and live as a monk. That’s one thing on my bucket list which I really want to do. 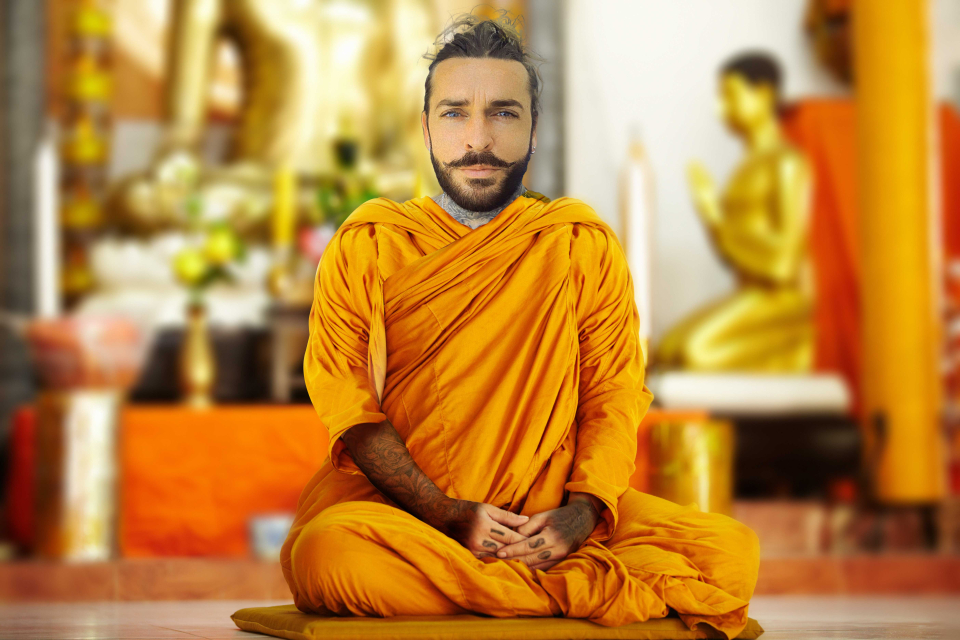 “Just live a simple life with no phone, woman trouble or stress.

“Lockdown has made me realise I’ve not travelled nearly as much as I want to.”

He added: “You feel more content, less stress. You can feel claustrophobic in London or Essex.

“Sometimes I think I’d love to just f**k off forever but I wouldn’t be able to go without the dogs.”

In addition to his new zen persona, Pete has already given an inkling of a hidden softer side.

In 2019, he filmed a heartbreaking expose on the cruelty of fur farms in Finland with the Humane Society International for GMB.

He said: “Animals are the most precious things on this planet and I don’t understand why anyone would want to mistreat them.

“There are some horrible things which go on in the world. If I can help out animals that is a goal of mine in life.” 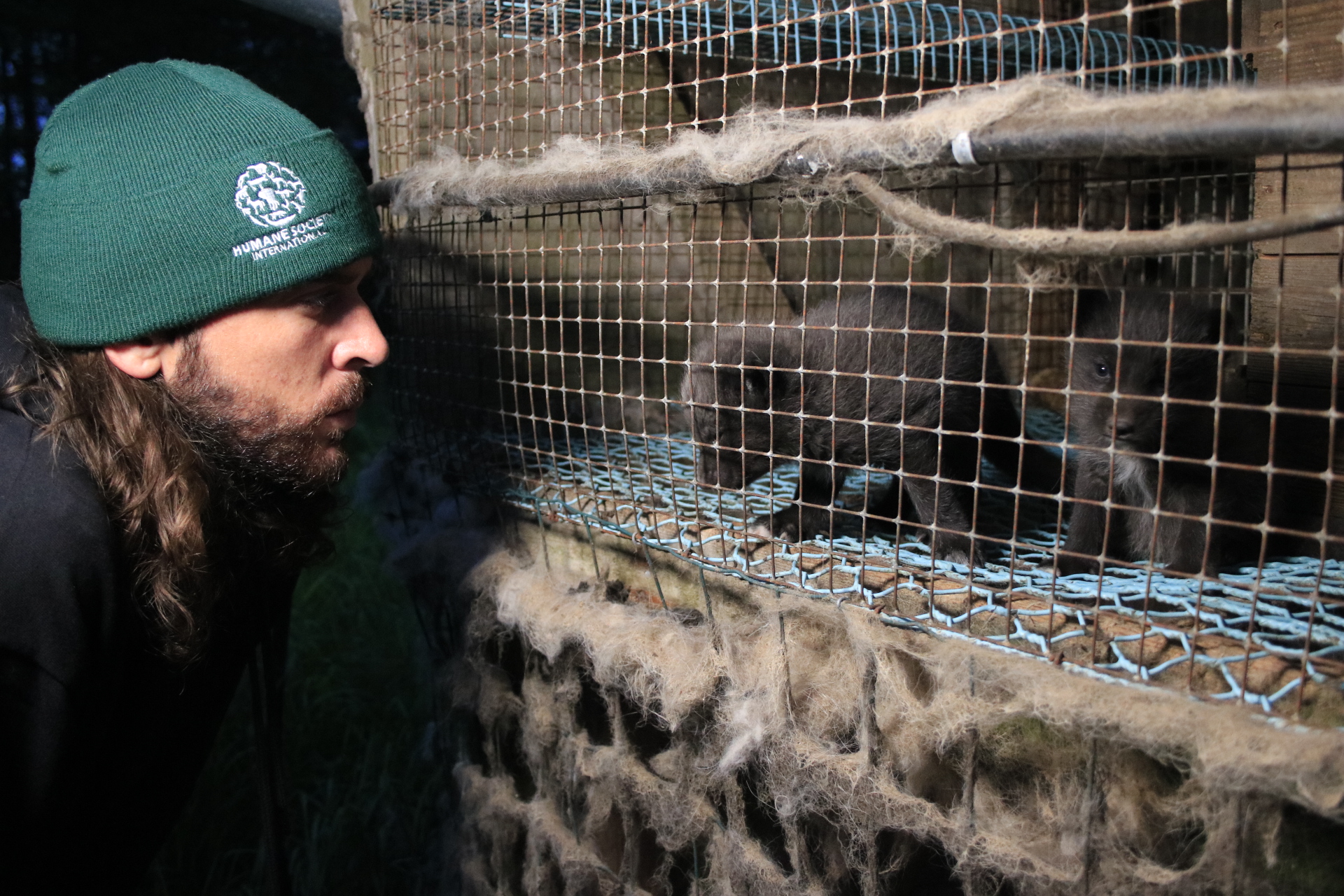 Pete went undercover at a Finish fur farm with the Humane Society International in 2019Credit: HSUS

Closer to home, Pete has two rehomed French Bulldogs Eric, six and Peggy, three, who he rescued from puppy smuggling and abuse.

He said: “They are the loves of my life. They are like my kids.

“I’ve had them both since they were young. They’ve both had quite difficult starts in life.

“Eric was smuggled in on a tobacco lorry and Peggy has one eye. She was really, really badly treated.

“I would love to get another one. If I could, I would just look after dogs and animals.

“I would love an animal sanctuary. It’s something I’d look to do in the future.”

Pete and Sam’s Reality News is on every Monday at 11pm on E4.

Jodie Turner-Smith, Joshua Jackson Had ‘One-Night Stand’ When They Met