Out of isolation. Mossimo Giannulli has been released from solitary confinement and transferred to the minimum security area of the Federal Correctional Institution, Us Weekly confirms.

The fashion designer, 57, was initially supposed to be placed in this section when he entered the prison in November 2020, according to court documents, but spent an “extended period” in quarantine amid the coronavirus pandemic. 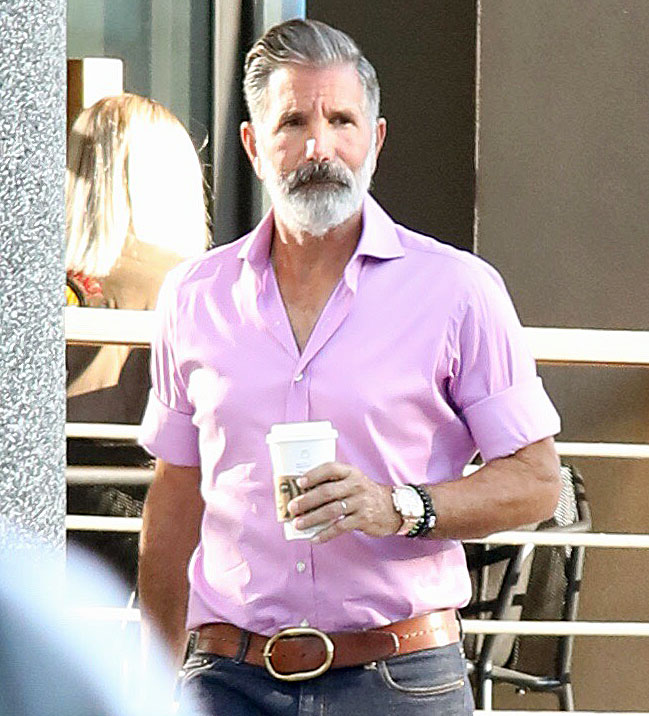 “He was exposed to other inmates with COVID-19 and … he complained of symptoms consistent with the virus,” federal prosecutors explained in the filing on Tuesday, January 19. “During this additional quarantine, Giannulli reported suffering a headache and the loss of his sense of smell, both symptoms of COVID-19. He was immediately moved to the isolation unit, where he stayed for 14 days and received additional COVID tests. There, he had access to books, mail, and a television and could communicate with other inmates in isolation through their cells.”

The California native was tested for the coronavirus on January 11, and his negative results came back two days later. He was then moved “to the adjacent minimum security camp” on January 13, which allows him outside time between 6 a.m. and 6 p.m. He can also be outside of his dormitory until 9 p.m.

While the Mossimo founder asked for a reduction to his prison sentence because of his time in solitary confinement, federal prosecutors “opposed the motion,” explaining, “This possibility was not unforeseeable at the time Giannulli was sentenced, and it does not provide a basis to reduce the sentence that this Court concluded was just and appropriate.” They noted that if he was released early, the decision would be “widely publicized, thereby undermining the deterrent effect of the sentence.”

A federal judge has yet to make the final decision whether he will be allowed to serve the remainder of his sentence from his home.

On Thursday, January 14, Giannulli’s attorney, William Trach, called his quarantine conditions “far more extreme” than necessary and asked that he be transferred to temporary home confinement.

“Every day that Mr. Giannulli spent in isolation caused harm to his physical, mental and emotional health,” the lawyer said at the time.

Giannulli’s son, Gianni, revealed last month that his dad was in solitary confinement. “The mental and physical damage being done from such isolation and treatment is wrong,” the businessman wrote in December 2020.

The designer and wife Lori Loughlin pleaded guilty in May 2020 to paying $500,000 to the University of Southern California to get their daughters, Bella, 22, and Olivia Jade, 21, into the college. The Full House alum, 56, completed her sentence in December 2020 after two months behind bars, which included “two weeks in isolation.” As for Gianulli, he was sentenced to five months in prison.

The actress’ return to her children was “bittersweet … because Moss wasn’t there,” a source exclusively told Us at the time. “Lori had a very emotional reunion with her daughters at the family home,” the insider added.