Shooting his shot! Miley Cyrus has an admirer in MMA Fighter Julian Marquez.

After winning his UFC 258 match against Maki Pitolo on Sunday, February 13, the 29-year-old athlete got the courage to make his interest in Cyrus known for Valentine’s Day. “I’ve been waiting 31 months to get on this damned mic,” he told reporters after his victory, per ESPN MMA’s Twitter. “And to call these people out right now … this is my time to shine. So, Miley Cyrus — will you be my Valentine? Let’s go.”

The “Prisoner” singer, 28, caught wind of Marquez’s message and replied via Twitter, “Shave an MC into your chest hair and I am YOURS ❤️ Happy VDay and Congrats my love!” 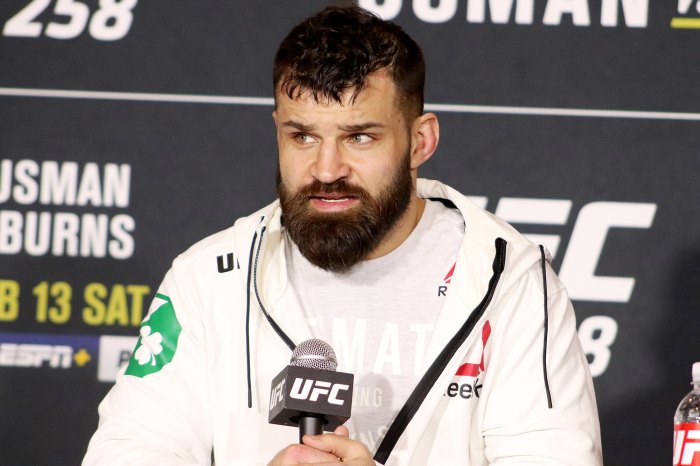 While there is no update on whether Marquez followed through with Cyrus’ request, the Grammy winner followed the “Beauty and the Beast” podcast cohost on Instagram. He reshared several supportive posts regarding his bold move via his Instagram Stories, but he also posted a tweet that read: “My life changes [sic] over the weekend. I’m truly blessed ?? Happy Monday.”

Marquez’s romantic gesture comes after Cyrus opened up about her current relationship status while performing at the Super Bowl TikTok Tailgate on February 7. She told the crowd at the time, “I’m single now, you know. After COVID [ends], I’m ready.”

The Tennessee native later poked fun of the moment via Twitter by cutting it with a scene from Hannah Montana where her character, Miley Stewart, said: “I have no problem not having a boyfriend.” 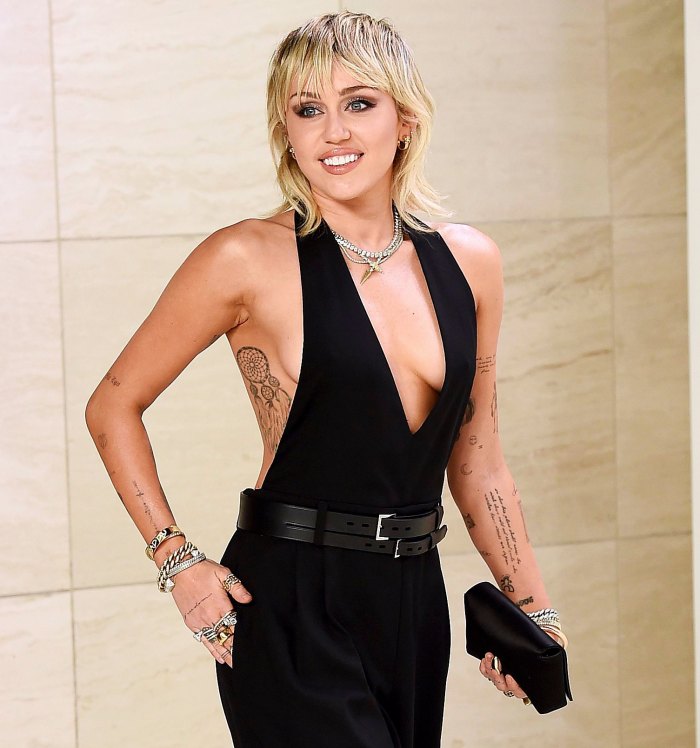 Cyrus’ most high-profile relationship was with her Last Song costar, Liam Hemsworth. The pair dated on and off beginning in 2009 before tying the knot in December 2018. They called it quits after less than eight months of marriage and finalized their divorce in January 2020.

In the midst of her separation from the 31-year-old Australian actor, the “Midnight Sky” songstress had a one-month fling with Kaitlynn Carter. She then went on to date Cody Simpson from October 2019 to August 2020.

Cyrus recently admitted that she would be interested in kissing and potentially dating Harry Styles. During a game of “Would You Rather” with the U.K.’s Heart FM, she was asked to choose between the “Watermelon Sugar” crooner and longtime pal Justin Bieber.

The LOL actress noted that she was “into” Styles’ “fishnets” look from his 2020 issue of Beauty Papers, adding, “We have very similar taste. Sharing a closet, sharing a life together, it just makes sense.”