Memories remain. Miranda Lambert recalled writing her song “Over You” with ex-husband Blake Shelton during a Monday, March 29, episode of “Essentials Radio” on Apple Music.

“My ex-husband, Blake, had lost a brother and it’s one of those moments where even if you’re married to someone, sometimes you find something new about them,” the country singer, 37, told Kelleigh Bannen while discussing the stories behind her hit songs. “Dudes don’t open up about things, but he started telling me about the experience of it all.”

The Pistol Annies frontwoman asked her then-husband if he’d written about his experience, to which he said no. 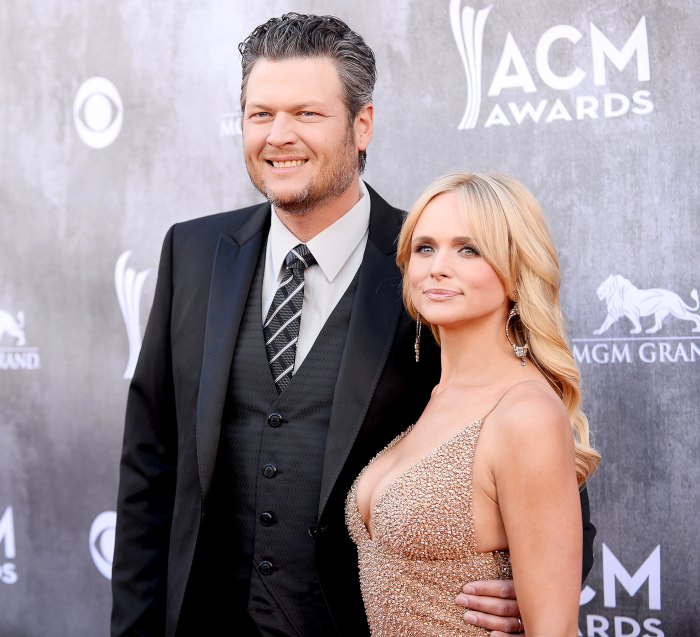 Still, the “Bluebird” singer pushed, offering to help him get the words out at the time.

“‘I would never try to write your story because I didn’t live it, but maybe I could help because I’m an outside perspective. … I feel your pain talking to me right now,’” she recalled saying. “It was really a special moment and I’m so glad we shared that song and that it helped his family heal, to have that together.”

The country stars finalized their divorce in July 2015, hours after they announced their split to Us Weekly.

The pair first met while performing an onstage duet in 2005 and wed in May 2011. Though both singers have spoken about their marriage since the divorce, the Grammy winner usually brings up her ex-husband more subtly.

“I moved here in 2015 in the middle of a s–t show, but I was lifted up by people who were like, ‘We got you, girl.’ My friends and my songwriters and my fans and everybody here,” Lambert said during a Nashville concert in January 2020, alluding to the timing of the split.

Both Lambert and Shelton have moved on since their divorce. The “Mama’s Broken Heart” crooner is married to Brendan McLoughlin, while Shelton is engaged to singer Gwen Stefani.

When Lambert married the former New York City police officer in February 2019 after a whirlwind romance, Shelton did not hear about the wedding in advance.

“Blake was not given a heads-up and doesn’t know her new husband,” a source told Us exclusively at the time. “Since they split they have had almost zero contact.”

The Circle: Two new players enter – but are they real or catfish?