When you know, you know! Miranda Lambert opened up about her marriage to husband Brendan McLoughlin and how quarantine has helped it thrive during an interview with SiriusXM’s Storme Warren on Thursday, February 25.

“We didn’t date very long before we got married. And so we sort of got to just really, really, really get to know each other,” the Pistol Annies frontwoman, 37, said. “It was just us two with no distraction, at my farm outside of Nashville. And so I was really thankful for it because it made us really strong.” 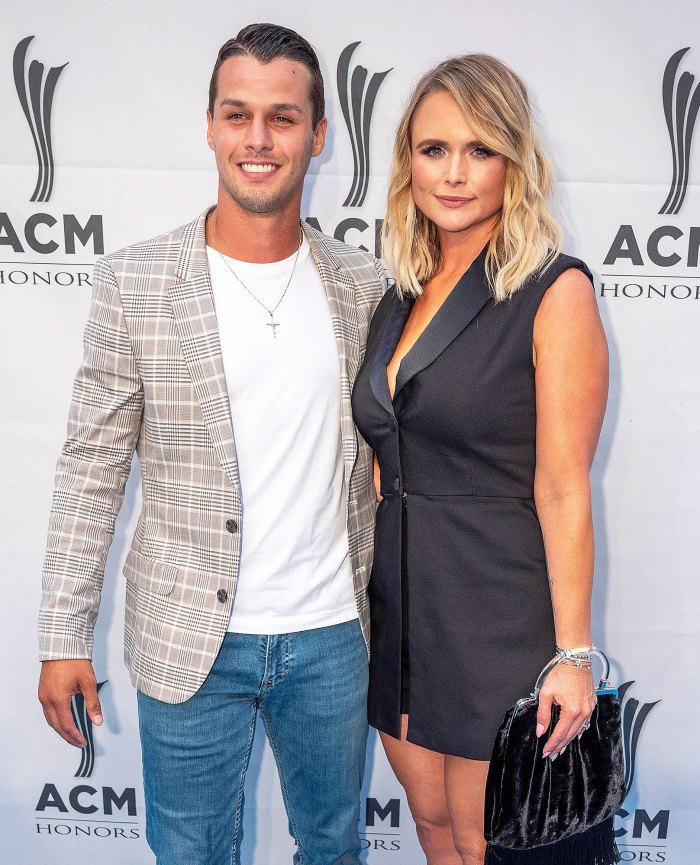 The country star and McLoughlin tied the knot in January 2019 after a whirlwind romance. The Nashville Star alum met the retired police officer while performing on Good Morning America in 2018 while he was stationed in Times Square. Last month, the couple celebrated their two-year anniversary.

In her conversation with Warren, Lambert gave her take on why many relationships have blossomed during COVID-19.

“A lot of my friends don’t really see their significant other because we’re different directions all the time,” the Grammy Award winner said. “With everything that happened last year, I think everybody was forced to sort of reconnect with themselves and with people that they really love and that are close to them.”

Lambert certainly made memories with McLoughlin over quarantine. Early in the pandemic, the couple decided to travel across the country in an Airstream trailer. In October 2020, the “Mama’s Broken Heart” crooner released a music video for her song “Settling Down,” which also starred her partner.

“I’ve never had a love interest in a video my entire career. And so I figured why not my husband,” Lambert told Warren. “He was a champ and I got to ride my real horse Gibson. … I’m like, what kind of Princess Bride fairytale is this? It’s awesome.”

The song “Settling Down” is about being torn between nesting and maintaining a “wild child” lifestyle. Lambert is thankful that her relationship with McLoughlin allows her to experience both. “Brendan and I in the Airstream [is] kind of the happy medium,” the singer said.

Another adventure may await the happy couple soon. In March 2020, a source told Us Weekly exclusively that Lambert wants to start a family.

“Miranda has been telling friends that she wants a baby and to be with Brendan forever,” the source said at the time. “They get along so well together. They’re always focused on each other, and cuddling or kissing. They’re very hot for each other, and it shows in their body language.”

Lambert was previously married to Blake Shelton from 2011 to 2015. Shelton, 44, got engaged to fellow Voice coach Gwen Stefani in October 2020 after five years of dating.