Last goodbyes. Just over one week after his death rocked Hollywood, The Wire‘s Michael K. Williams was honored with a touching funeral in Pennsylvania.

A service was held for the late actor on Tuesday, September 14, at St. Stephen’s Episcopal Cathedral in Harrisburg, Pennsylvania, according to a local news outlet. Though he was born in Brooklyn, his mother has resided in Pennsylvania’s capital city for many years.

Shortly after the funeral, Jurnee Smollett reflected on the loss of her Lovecraft Country costar in a heartbreaking tribute, noting that she’s still having a hard time processing the news.

“My brother, my heart hurts so. A part of my brain refuses to accept it … s–tty part about grief-it goes in stages. For me, it started w/ denial,” the 34-year-old Eve’s Bayou star wrote alongside a slideshow of photos on Instagram. “When @jakesmollett called to tell me, my brain went ‘hell naw that’s not true, let me call Michael.’ And I called him. I called him over & over until my brain said stop, he’s gone. I couldn’t breathe. [It’s] taken awhile for my brain to metabolize how the world can continue to spin [without] him here in the physical form.”

The New York native “was supposed to be here with us this week in L.A. for the Emmys,” Smollett noted. Lovecraft Country, which debuted in August 2020, was nominated for 18 Emmy awards, including Outstanding Drama Series. Williams and the Friday Night Lights alum earned individual nods for Outstanding Supporting Actor in a Drama Series and Outstanding Lead Actress in a Drama Series, respectively.

“He was supposed to see how big [my son] Hunter is, we were gonna dance, celebrate, cry,” Smollett continued. “Instead our brother was laid to rest today. I still can’t make sense of it. Perhaps it’s selfish of me to want to hold onto this beautiful man that came into my life & forever changed it.”

Us Weekly confirmed on September 6 that the Boardwalk Empire alum died at age 54. He was found in his Brooklyn apartment by a relative, but his cause of death has yet to be announced to the public. 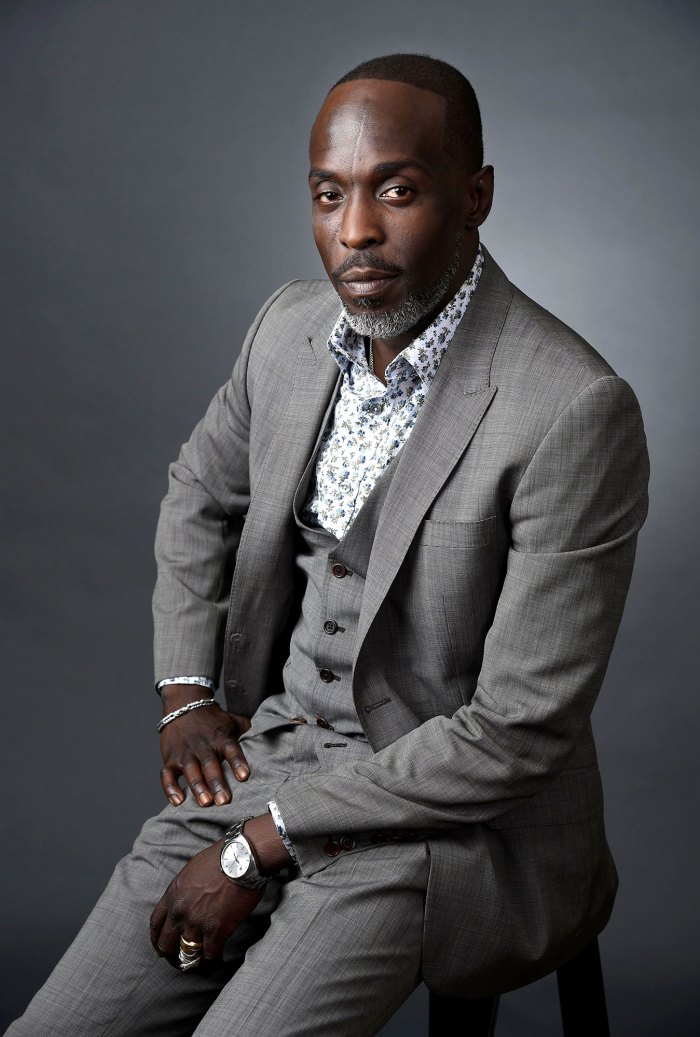 Two months before he passed, the 12 Years a Slave star opened up about how working on Lovecraft Country forced him to get “in touch with [his] deeper trauma.”

He told Deadline in July, “I know that I have trauma with my past experiences of life – things that have happened to me, things that I have done, bad choices. I live that and I’m working through it. [My character] Montrose as well as the other members of his family, they are the epitome of the Black experience. As Black Americans we live such levels of trauma and oppression from the outside world and from each other. For Montrose’s experiences, his storylines to be recognized, it makes me as a Black man feel seen.”

The Bessie actor, who was previously honest about his struggles with drug addiction, hoped that some “healing” could be achieved from the powerful series. “It makes me feel like someone is acknowledging the fact that there is a lot of pain in my community and in the experience of just being Black,” he said.

While looking back at their time as costars, Smollett remembered how Williams “threw his entire being into each moment w/ such bravery and sacrifice.” Along with Jonathan Majors, the trio “became the three musketeers,” whose “souls [were] tied” after putting in long hours together on the set.

“I can hear your voice now giving me another pep talk, ‘J, get up, don’t you know you’re a f–king Queen!’” she concluded her post. “I’ll miss you when I listen to @raphael_saadiq Jimmy Lee, or hear @deepakchopra 21-day meditation … [but] I take comfort in knowing that you’re finally free, somewhere dancing, being mighty, showing the angels how to really get it. Btw-You still owe me that dance … & our Bulls Jerseys. I love you.”