Insert disconnect tone here. Meghan Markle’s estranged father, Thomas Markle, opened up about his last conversation with his daughter and her husband, Prince Harry, after their explosive tell-all interview.

“The last time we spoke — actually, we didn’t speak, we actually texted each other — I was laying in a hospital bed after having a heart attack,” Thomas, 76, said on Good Morning Britain on Tuesday, March 9. “I had to tell them that I couldn’t come to the wedding [in May 2018]. At that point, we had pretty much said goodbye.”

The retired TV lighting director then reversed course and clarified that he had talked to Harry, 36, on the phone but did not get to send his best wishes because he abruptly ended his call with the British royal. 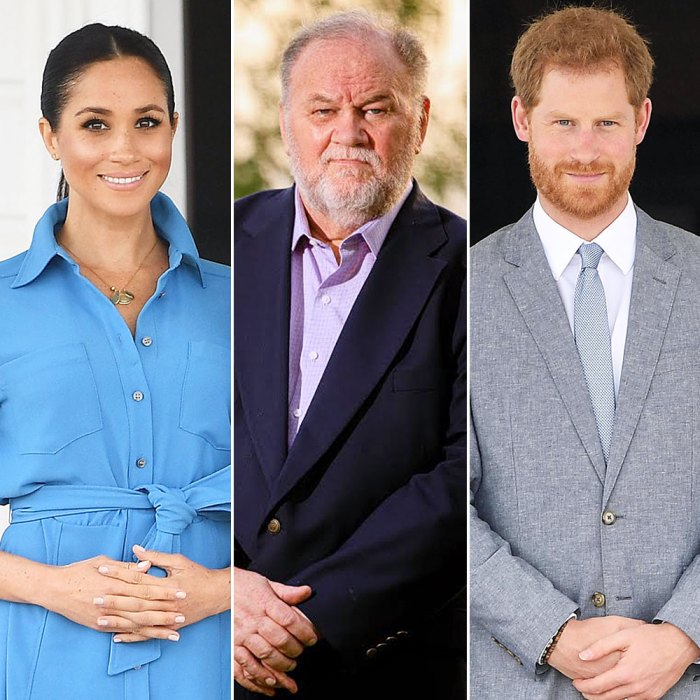 “Harry had said to me at that point, ‘If you had listened to me, this wouldn’t have happened to you,’” he claimed. “And me, laying in a hospital bed after I’ve had a procedure and getting a stent put here and a stent put here, felt that that was kind of snotty, so I hung up on him. And that’s the last conversation we ever had.”

Thomas alleged during the interview that he apologized to the couple “at least 100 times or so” after he was caught staging paparazzi photos days before their wedding.

“Bottom line is I’ve never heard back from Meghan or Harry in any way, shape or form,” he said on the U.K. morning show before admitting that he goes to the press “every 30 days” and will continue to do so until the Suits alum, 39, and the prince contact him. “I would love to hear from them.”

While reflecting on his photo scandal, Thomas acknowledged that “we all make mistakes” before bringing up two of Harry’s past controversies.

“I’ve never played naked pool and I’ve never dressed up like Hitler,” he said, referencing leaked pictures of the former military pilot partying in Las Vegas in 2012 and wearing a Nazi costume in 2005.

“I’ve been pushed around and knocked down for one thing I did, one big mistake I made,” Thomas added.

Meghan said in her CBS interview on Sunday, March 7, that she “lost” her father after becoming a royal and discussed how he “wasn’t able” to tell her the truth about his paparazzi snafu when she confronted him.

“That, for me, has really resonated, especially now as a mother,” she said. “And also me saying just full stop, ‘If we use this to protect you, we won’t be able to protect our own children one day, well, I’m talking about your grandchildren. … I look at [my son] Archie, I think about this child and … I genuinely can’t imagine doing anything to intentionally cause pain to my child. I can’t imagine it. So it’s hard for me to reconcile that.”

How do I book an NHS Covid vaccine appointment