Taking her side. Meghan Markle is at the center of a major controversy amid rumors that she mistreated former royal staffers — but her closest friends are coming to her defense.

On Thursday, March 4, the 39-year-old Suits alum received a supportive message from longtime friend and former Northwestern University classmate Lindsay Roth. The Beyond the Record producer shared a photo of the California native putting the finishing touches on her makeup on her wedding day and another from their college graduation, gushing over her close bond with the Duchess of Sussex. 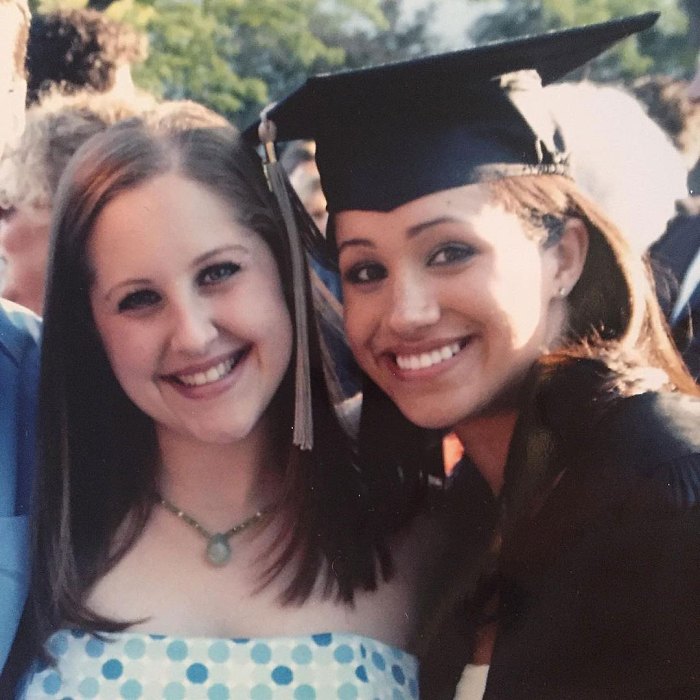 “Meg’s M.O. has always been kindness; goodwill runs in her bones. I know this to be true after 22 years of very close friendship. I have seen firsthand how she treats her friends and their families, and her colleagues,” Roth wrote via Instagram. “If she’s driving with you in the passenger seat, she will fling her right arm in front of you at the slightest bump in a gesture of love to ensure your safety. If you have a specific goal, she will help you get there, and your passions will become hers on your behalf.”

Roth said that she hoped more people would “have the pleasure of meeting” the Markle she knows, who is an “altruistic, magnanimous friend who I am so lucky to have in my corner.” After decades of friendship, Roth revealed that there’s more depth to the Tig founder than meets the eye.

Earlier this week, a report in The Times claimed that the duchess’ former aides had been bullied by her ahead of her and Prince Harry‘s January 2020 royal exit. The allegations made headlines shortly after she and her 36-year-old husband, who are currently expecting their second child together, made their departure from their senior royal roles permanent. The duo’s team denied the allegations in two separate statements, shortly before Buckingham Palace addressed the situation on Wednesday, March 3. 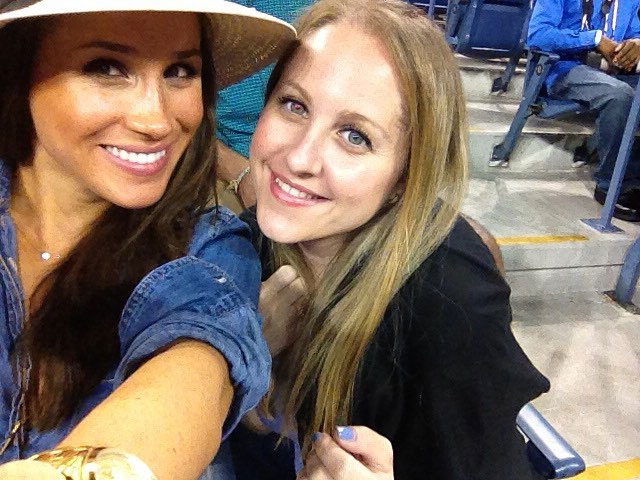 “We are clearly very concerned about allegations in The Times following claims made by former staff of The Duke and Duchess of Sussex,” the palace noted. “Accordingly our HR team will look into the circumstances outlined in the article. Members of staff involved at the time, including those who have left the Household, will be invited to participate to see if lessons can be learned.”

The couple are set to appear in their first major televised interview since stepping back on Sunday, March 7, making the timing of the report suspicious to their inner circle.

“The assumption from friends close to Meghan and Harry is that the palace has released this statement to strike back at Harry and Meghan for doing the [tell-all] interview,” a source told Us Weekly exclusively earlier this week. “The palace knows that they will not be cast in the best light by Harry and Meghan on Sunday and doesn’t want Harry and Meghan coming off as victims.”

Amid the royal drama, a sneak peek at the upcoming CBS special proved that the Sussexes won’t be holding anything back. In a clip released on Wednesday, the activist alleged that the British royal family had a hand in spreading lies about her and her husband.

“I don’t know how they could expect that after all of this time we would still just be silent if there is an active role that The Firm is playing in perpetuating falsehoods about us,” she claimed. “And if that comes with risk of losing things, there is a lot that has been lost already.”