Meghan Markle and Prince Harry did not hold back during their tell-all interview on Sunday, March 7 — and CBS is sharing even more footage from the lengthy sit-down. In one clip released on Monday, March 8, Meghan gets candid about the difference between how she and Duchess Kate were treated by the U.K. press and royal family.

“If members of his family say, ‘Well this is what happened to all of us’ or if they can compare what the experience that I went through was similar to what has been shared with us — Kate was called ‘Waity Katie’ waiting to marry William,” the 39-year-old Suits alum said, referring to Prince William. “While I imagine that was really hard, and I do, I can’t picture what that felt like. This is not the same.”

Kate, 39, and William, 38, tied the knot in April 2011 after eight years of dating. Due to their lengthy courtship (and the pair briefly calling it quits in 2007), the British media mocked Kate for how long it took for them to get engaged.

In the CBS Good Morning bonus clip, Meghan continued: “And if a member of this family will comfortably say, ‘We’ve all had to deal with things that are rude.’ Rude and racist are not the same. And equally, you’ve also had a press team that goes on the record to defend you, especially when they know somethings not true. And that didn’t happen for us.”

During the two-hour sit-down on Sunday, Harry, 36, revealed that his family initially embraced Meghan. The retired actress noted that reports that she made Kate cry over Princess Charlotte’s bridesmaid dress was a “turning point” in her relationship with the royals. 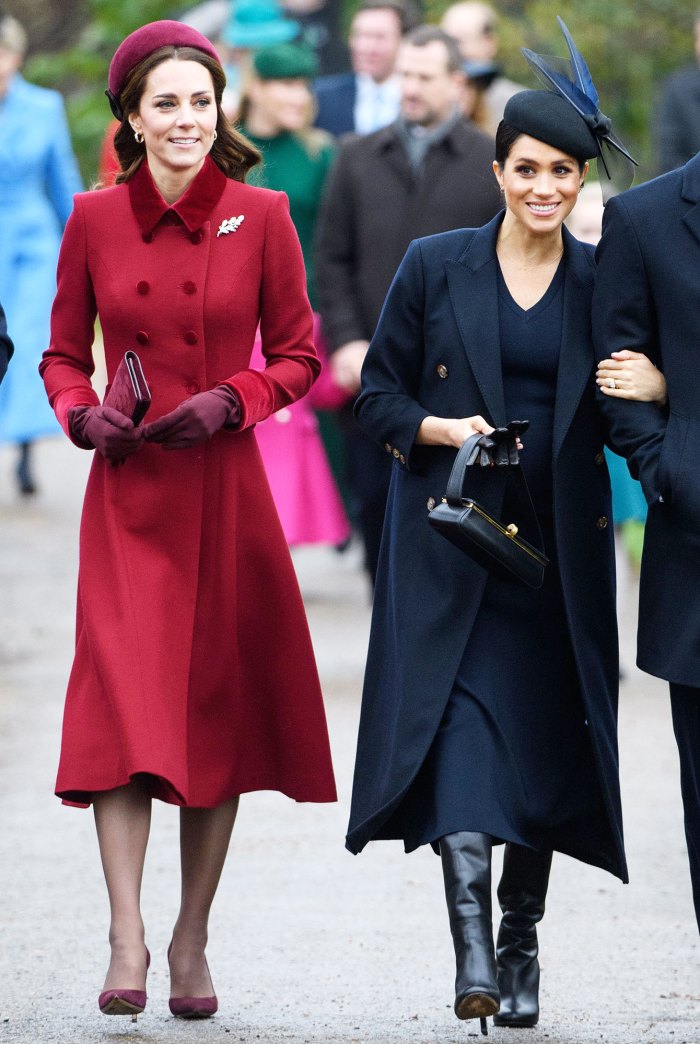 “The narrative with Kate, it didn’t happen,” Meghan said, claiming the “reverse” happened before her 2018 nuptials to Harry. “A few days before the wedding she was upset about flower girl dresses and it made me cry. It really hurt my feelings. … What was hard to get over was being blamed for something that not only I didn’t do but that happened to me. Everyone in the institution knew it wasn’t true. … I’m not sharing that piece about Kate in any way to be disparaging to her. I think it’s really important for people to understand the truth. ”

Both Harry and Meghan revealed on Sunday that it was frustrating that they felt like his family didn’t have their back. In the bonus clip, the prince noted it would make a “huge difference” for the couple if they acknowledged the racism aimed at Meghan in the media.

“You know, as I said, there’s a lot of people that have seen it for what it was. A lot of people,” he said. “Like it’s talked about across the world. Yet, the very people that don’t want to see it or can’t see it choose not to see it.”

The palace has yet to publicly comment on Harry and Meghan’s interview. Sources previously told Us Weekly that Queen Elizabeth II wasn’t planning to tune in, while William and Kate were “appalled” by their decision to speak out.

“It’s just beyond the pale for William and Kate, especially in light of the dreadful timing with [Prince] Philip in the hospital,” the source said earlier his month, referring to the 99-year-old duke’s health issues. “They are utterly aghast.”