He’s got her back. D.B Woodside came to Meghan Markle‘s defense nearly two weeks after she and Prince Harry sat down for a bombshell interview with CBS.

The Suits actor, 51, joined a chorus of costars praising the Duchess of Sussex, 39, following criticism after speaking out about her experience in the British royal family.

“I’m going to say this because this is one of those things that’s really, really, made me angry. Meghan is one of the sweetest, nicest, most intelligent, thoughtful human beings that I have ever met in my life,” he told Entertainment Tonight in an interview published on Friday, March 19. “Meghan went out of her way to always see how I was doing, to just talk to me when we didn’t have any scenes together, but we might just be on set at the same time. She is an amazing human being. And it bothers me so much what’s happening to her because I know that what they’re saying is untrue.” 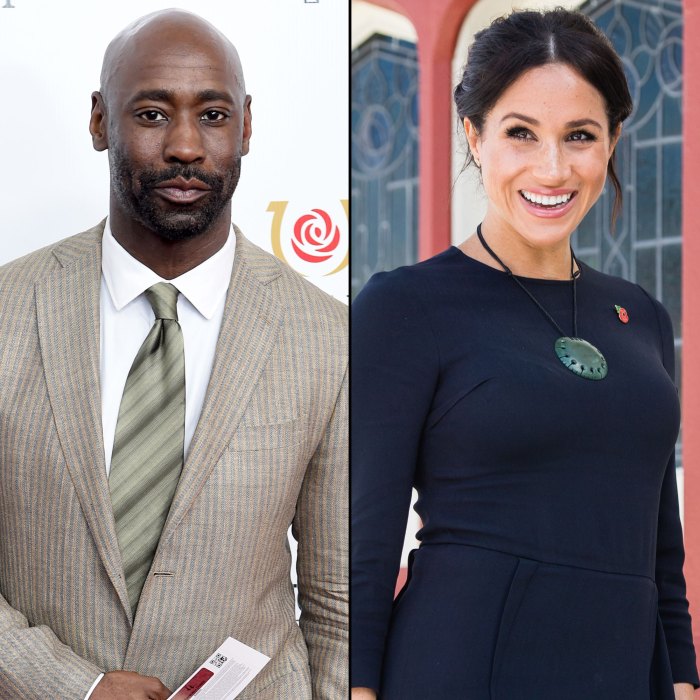 Markle came under fire after the tell-all interview, during which she claimed she was treated differently within the royal household and faced racism. She alleged that conversations were had with Prince Harry about the color of their son Archie‘s skin and that rules were changed to deny the 22-month-old security and a title. The California native also claimed the royal family did little to protect her and her family from tabloid stories about them, including a particular story about her allegedly making sister-in-law Kate Middleton cry before her 2018 wedding to Harry, 36.

Following the interview, Gayle King spoke in-depth about Markle’s claims on CBS This Morning. She revealed during a Tuesday, March 16, episode of the morning show, “Meghan has documents to back up everything that she said.”

Markle and Harry decided to step down from their roles as senior members of the royal family in 2020. They made the decision permanent last month and have settled in Montecito, California, where they’re living in a $14.7 million home.

Women are MORE likely to want an open relationship because they ‘crave sex variety’, expert claims