Moms club! Meghan Markle and Princess Eugenie have “stayed friends and remain friends” since she moved to California with husband Prince Harry last year, a source exclusively tells Us Weekly.

“They are sort of an unlikely pair, but remain in contact,” the insider adds. “They bond over their pregnancies.”

Eugenie, 30, welcomed her first child, son August, with husband Jack Brooksbank earlier this month, while Markle, 39, revealed the same month that she and Harry, 36, are expecting baby No. 2, after suffering a miscarriage in July 2020. 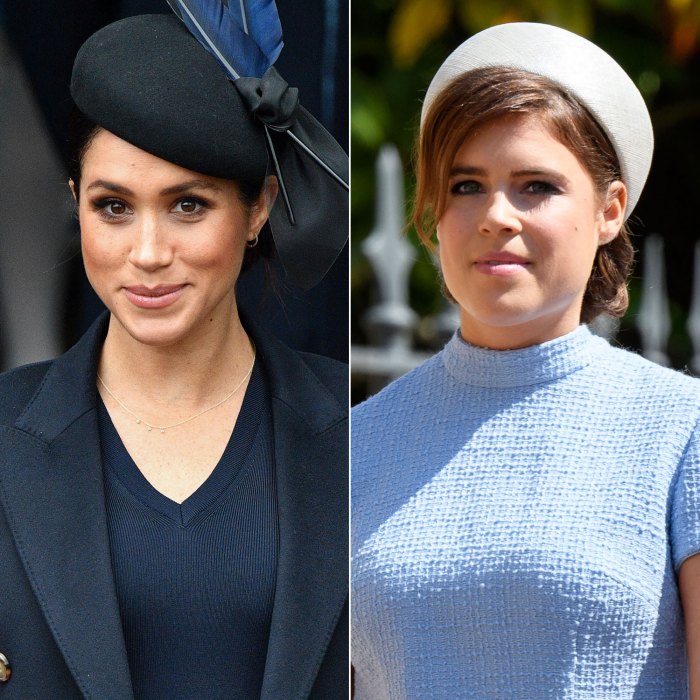 “Eugenie is really the only member of the royal family that Meghan is still close to,” the source says, following the couple’s royal step back in January 2020, which they made permanent earlier this month.

The princess and Markle have shared many things since the Suits alum joined the royal family. Both Eugenie and Markle wed in 2018 at St. George’s Chapel at Windsor castle, five months apart. Markle said “I do” in May 2018, while Eugenie walked down the aisle in October of that year.

Ahead of both ceremonies, the Hauser & Wirth director and Brooksbank, 35, moved next door to Harry and Markle at Kensington Palace in London. The cousins resided in the Ivy Cottage and the Nottingham Cottage, respectively, both of which are close to Prince William and Duchess Kate’s Apartment 1A.

Eugenie’s friendship with the California native isn’t a complete surprise, because according to the book Finding Freedom, the princess and her cousin Harry have been “the closest of friends” since childhood.

“Out of all the Queen’s grand-children, Harry and Eugenie have one of the most natural connections,” authors Omid Scobie and Carolyn Durand explain in the book. “Like Harry, Eugenie is loyal, honest and great fun. The two had many nights out together in London.”

They noted that the former military pilot “always confided” in Eugenie about his romantic life and has consistently trusted her.

When the couple left the U.K. and settled in the U.S. in early 2020, Eugenie and her husband moved into Harry and Markle’s Frogmore Cottage, as they prepared to become parents.

“Frogmore Cottage continues to be [the couple’s] residence in the U.K. and they are delighted to be able to open up their home to Princess Eugenie and Jack as they start their own family,” Scobie tweeted in November 2020, quoting a Sussex source. “They have not moved out and will still stay at the house during U.K. visits.”

Harry opened up this week about why the couple along with their 21-month-old son, Archie, left England last year, explaining it was to protect his wife and child.

“It was never walking away, it was stepping back rather than stepping down,” Harry said on the Thursday, February 25, episode of The Late Late Show With James Corden. “It was a really difficult environment as I think a lot of people saw. We all know what the British press can be like. It was destroying my mental health.”

Two weeks prior, the pair announced that they will not be returning to their royal duties. Buckingham Palace’s and Queen Elizabeth II’s official statement on the exit noted, “While we are all saddened by their decision, the duke and duchess remain much-loved members of the family.”