MEGHAN Markle has sent royal watchers into a frenzy after wearing a $1.5k cocktail ring, with fans convinced she’s “hinting” at her baby’s gender.

The Duchess of Sussex was spotted wearing a huge pink sapphire ring during her and Prince Harry’s first appearance since quitting the royal family last week. 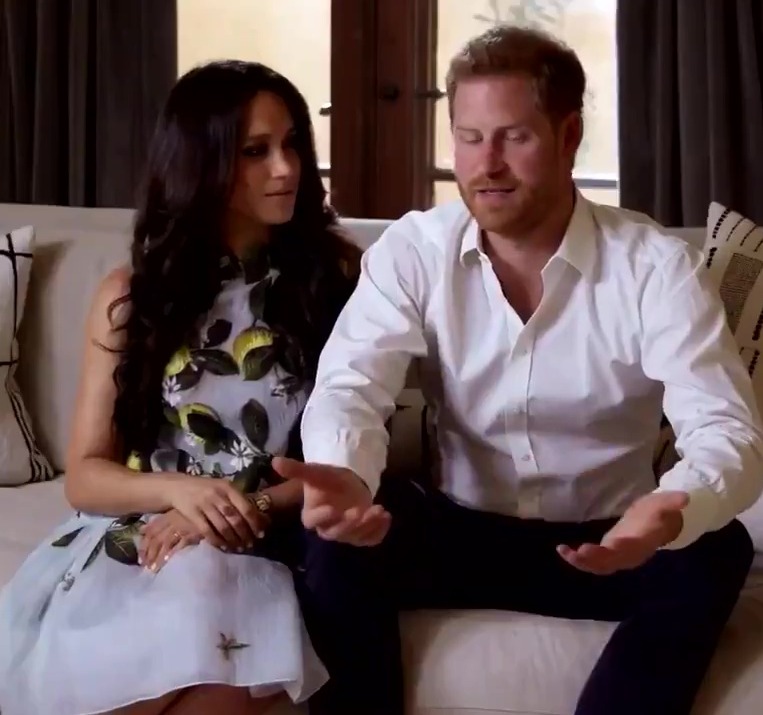 Meghan Markle was spotted wearing a large pink cocktail ring during her recent promotion of her Archewell podcastCredit: Spotify 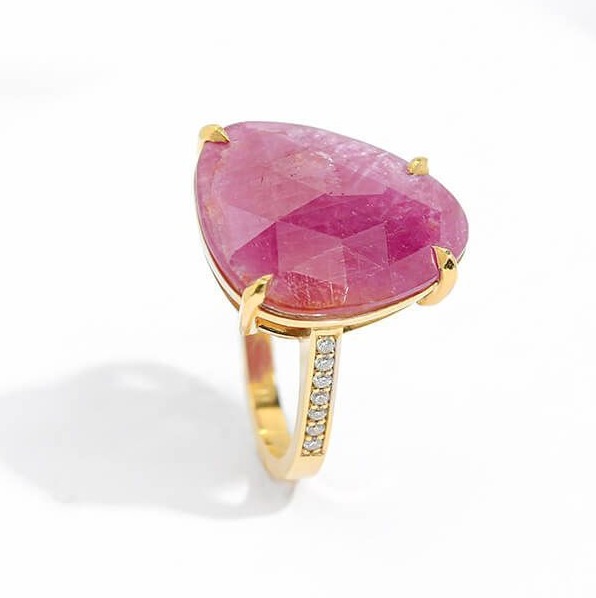 The Pink Sapphire Cocktail Ring from the brand Ecksand and sees the stone set on a gold diamond pavé bandCredit: Ecksand

The couple filmed the 20-second clip, which plugged their Archewell Audio podcast at a Spotify live stream event, was filmed at their £11milliomn Santa Barbara mansion.

And it was hard to miss the huge new sparkler on Meghan’s right hand.

The Pink Sapphire Cocktail Ring from the brand Ecksand and sees the stone set on a gold diamond pavé band. 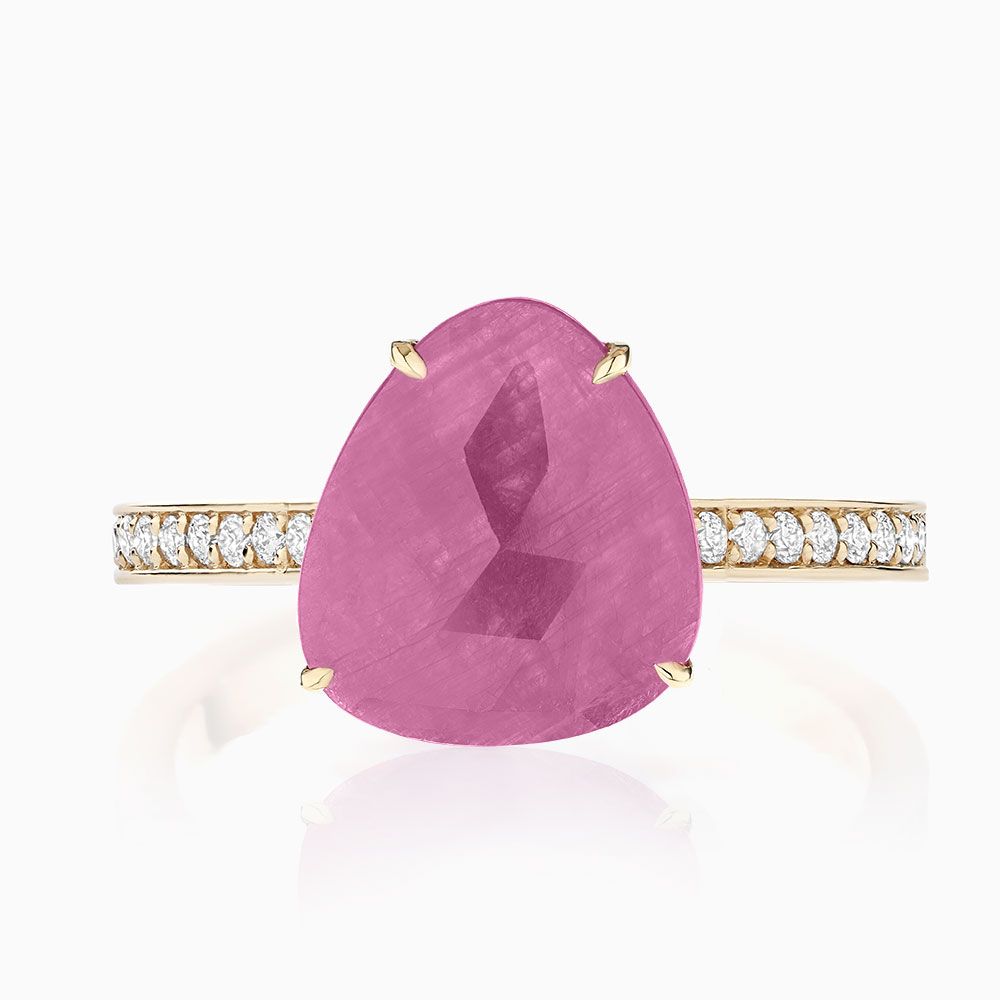 And fans are convinced that Meg might be hinting that she’s having a little girl afting seeing her choice in jewellery.

“Is the “pink” ring an “indication/hint” that it might be a little girl?”, one wrote on Instagram.

Another agreed adding, “Is this pink stone a hint ?” 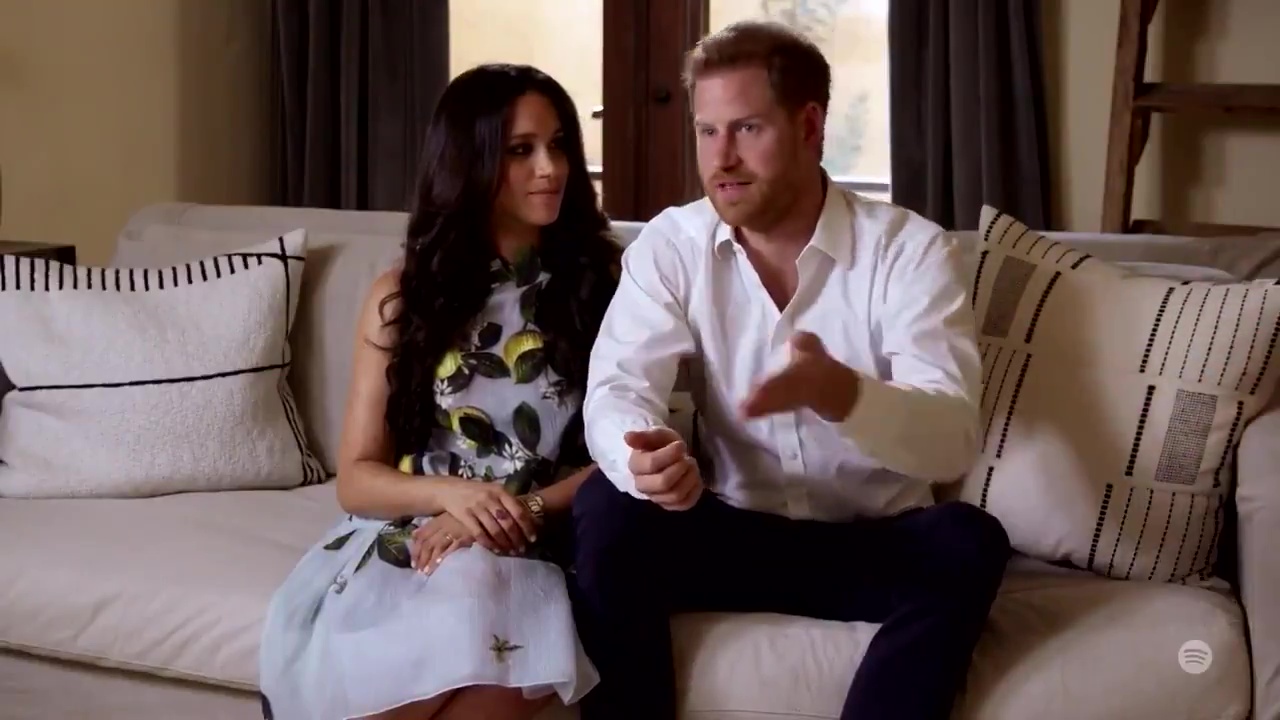 The Duke and Duchess of Sussex gushed over sharing vulnerabilities as they promoted their new podcast seriesCredit: Spotify

A third said: “Was that her subtle way of saying I’m having a GIRL ❤️”

The Duke and Duchess of Sussex gushed over sharing vulnerabilities as they promoted their new podcast series.

They appeared alongside other A-listers including Justin Bieber, J Balvin, Brené Brown and Blackpink to feature during today’s the #SpotifyStreamOn event.

The couple – who have signed multi-million pound deals with Spotify and Netflix – said they wanted to “elevate voices” that weren’t being heard.

The couple are currently raising their son Archie at their new £11million Santa Barbara home – announcing last week they were expecting another baby.

And they are next expected to appear as they sit down with Oprah in a primetime special to be aired next month.

Harry and Meghan’s decision puts extra strain on the family with 99-year-old Prince Philip in hospital after feeling unwell – with Harry believed to be isolating in the US so he can return to the UK if needed.

Previously, the Queen ‘decided long ago’ which royals she will give Prince Harry and Meghan Markle’s titles to ‘BEFORE they quit’.

And Meghan and Prince Harry donate to Texas women’s shelter damaged in Winter Storm Uri after breaking from royals.

Who’s in the lineup and can I buy tickets