Welcome to the family! Matthew McConaughey and his wife, Camila Alves, adopted two puppies in one week, bringing their animal count to five.

“If you thought … what was I thinking with a 4-month-old puppy … well how about with another one that’s 2 months old!! ?❤️❤️” Alves, 38, wrote via Instagram on Sunday, January 17, alongside a photo of the couple’s new black rescue pup. “Yep, got work cut out for me in the next months!”

Alves noted that her family is extra full with “3 kids, 2 older dogs, 2 pups, 1 cat and my mother in law” all under one roof, having adopted a white canine two days prior.

“Again, THANK YOU @humanesocietyfor helping this little guy find his home,” she added. “I mean … come on … found on the streets and with this little face he had to come home!”

The Brazilian model shared a photo of a 4-month-old white canine via social media on Friday, January 15, thanking the Humane Society for all they do.

“New addition to the family❤️?,” she wrote at the time, alongside a snap of her snuggling the young dog. “What was I thinking!!! ??‍♀️??‍♀️.”

She added: “This little one has a home now!”

In September 2020, the Women of Today founder pointed out that her love of animals was linked to her first dog Bobby, sharing a throwback photo with her puppy at the time.

“He wouldn’t stop stealing our food he was very naughty! (I thought it was funny),” she recalled via Instagram. “My dad gave him away … so I think that’s part of why I want every animal I see!” 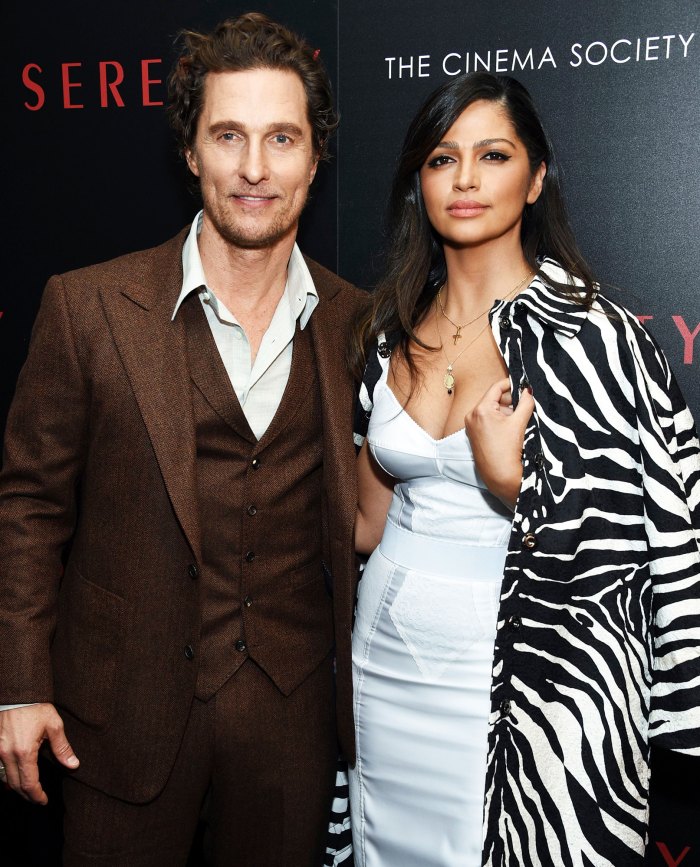 Dallas Buyers Club actor gushed about his three kids in February 2020, saying he has played a “large hand in shepherding” the little ones. “That’s the thing I think I do most honorably is having three autonomous, conscientious, confident children,” he continued.

The Oscar-winning actor also spoke about wanting to expand his family with more children, saying, “I’d like to have eight more kids, but my wife, is not on the same page. I understand that. It’s a lot easier for us [men].”