Not so fast! Selling Sunset star Mary Fitzgerald admitted she was apprehensive about Chrishell Stause‘s whirlwind romance with Keo Motsepe.

In an interview with the Daily Mail posted on Saturday, January 30, the real estate mogul, 39, admitted she was “concerned” early on in the relationship. 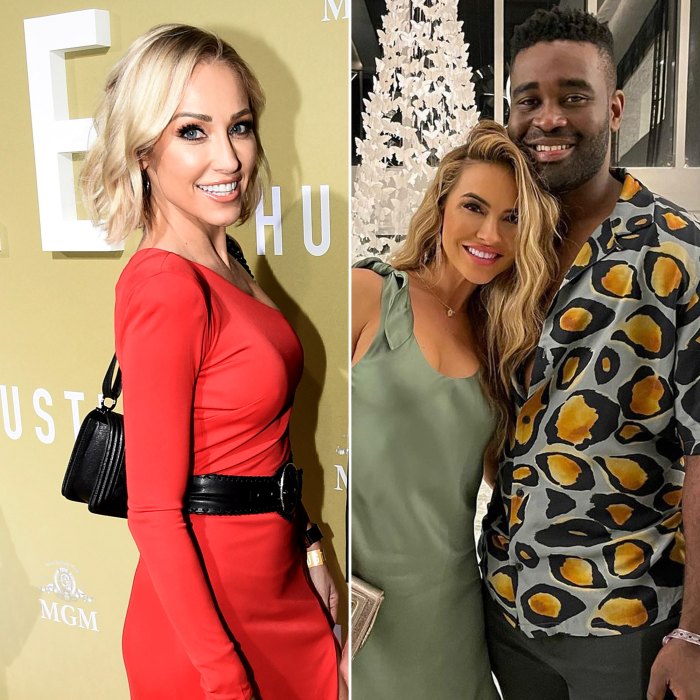 “They are so cute. I was concerned in the beginning as I was like, I don’t want her heart being broken again. … But Keo is awesome and Chrishell is just over the moon,” she told the outlet.

Fitzgerald continued, “They are just the cutest couple — so lovey-dovey. She deserves all the happiness. I can’t wait to see what happens with them. He seems like a fantastic guy.”

Stause, 39, and her fellow realtor “have become very close.” Fitzgerald shared with the Daily Mail that she’s “really happy to see this happen.”

Fitzgerald told Us Weekly exclusively on January 21 that Motsepe, 31, will likely appear on Selling Sunset when the show returns — so long as he’s allowed to. “I don’t know if there are any restrictions with him being on a different network,” she said at the time. “I know with [Chrishell’s ex-husband] Justin [Hartley] that was an issue. [With Heather Rae Young‘s fiancé] Tarek [El Moussa] that’s an issue, which is why a lot of times the other guys aren’t on the show very much.”

She noted that she’s pretty certain El Moussa, 39, is “going to be on more,” adding, “And then Keo, I think, would probably make appearances.”

Stause split from Hartley, 44, in November 2019. The Kentucky native and Dancing With the Stars pro went public with their relationship in December 2020. That same month, Stause and Motsepe flew to her family home to celebrate Christmas, sharing several photos in matching pajamas.

The pair met when she appeared on the ABC dancing competition last year. She was partnered with Gleb Savchenko, whom she was briefly rumored to be dating. The pair quickly shut down those reports last month, however. Shortly after the All My Children alum and South Africa native went public with their relationship, they were spotted on vacation with Savchenko, 37, and his new girlfriend, Cassie Scerbo.

An insider told Us in December 2020 that “a lot of PDA” was shown during the trip.

Just how much sex should you be having