Simple shade or going too far? Madison LeCroy has been accused of mom-shaming Kristin Cavallari in a resurfaced clip from her headline-making Instagram Live.

The 34-year-old Hills alum and estranged husband Jay Cutler made waves online on Saturday, January 23, when they posted the same photo of them together and caption that read, “The world is full of users. 10 years. Can’t break that.” 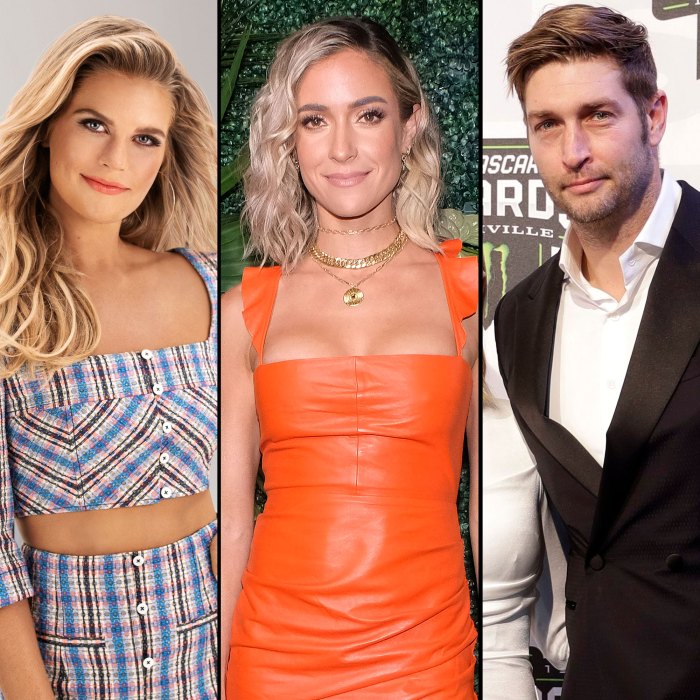 While some social media users took the post as a sign the twosome, who split in April 2020 after seven years of marriage, were back together, the message was seemingly meant for LeCroy, 30. The Southern Charm star has been linked to Cutler, 37, in recent months after Cavallari partied with LeCroy’s ex Austen Kroll.

In the clip, the Bravo star threw shade at Cavallari. “Don’t worry, my kid is at his dad’s,” she quipped in the clip after she mocked Cavallari’s dancing in a different video with Kroll. “I think when that video was made, hers weren’t.”

While both Cavallari and Kroll have insisted that they are just friends, a source told Us Weekly earlier this month that LeCroy and Cutler had a “flirty” romance, noting that were “having fun getting to know each other.”

After Cavallari and Cutler’s Instagram made headlines, LeCroy took to the app to share alleged text messages between her and the former quarterback. In addition to claiming the athlete pursued her, LeCroy defended herself against allegations that she spoke poorly and publicly about Cavallari.

“You reached out to me… Your intentions may have not been pure but that might be you projecting. I’ve never said anything about Kristin nor would I,” she wrote in the text. “I came into this honestly with good intentions. I want no part of being involved in a payback or drama. But you initiated and pursued. If you weren’t interested in something real you shouldn’t have [redacted] with me.”

Bravo fans met LeCroy, a single mother of son Hudson, on season 6 of Southern Charm when she started seeing Kroll. The pair’s on-again, off-again relationship and subsequent split played out on season 7, which aired its finale on January 21.

Cavallari and Cutler, meanwhile, wed in 2013 after three years together. The twosome share sons Camden, 8, and Jaxon, 6, and daughter Saylor, 5. After they announced their split last year, the reality TV personality was linked to comedian Jeff Dye.