Officially back at it. Lori Loughlin’s youngest daughter, Olivia Jade Giannulli, posted her first YouTube vlog in more than one year on Thursday, January 21.

“Obviously, I haven’t filmed in a really long time and I’m just grateful to be back on YouTube and I’m really excited for you guys to watch this video,” she began. “I wanted to film this intro part because I didn’t want to just start the vlog and me not address anything. Obviously, I did my Red Table Talk interview and I think if you have any questions for me or you have anything to say or you’re like, ‘Why are you back?’ you can go watch that interview. I think I kind of disclosed what I needed to say on there.” 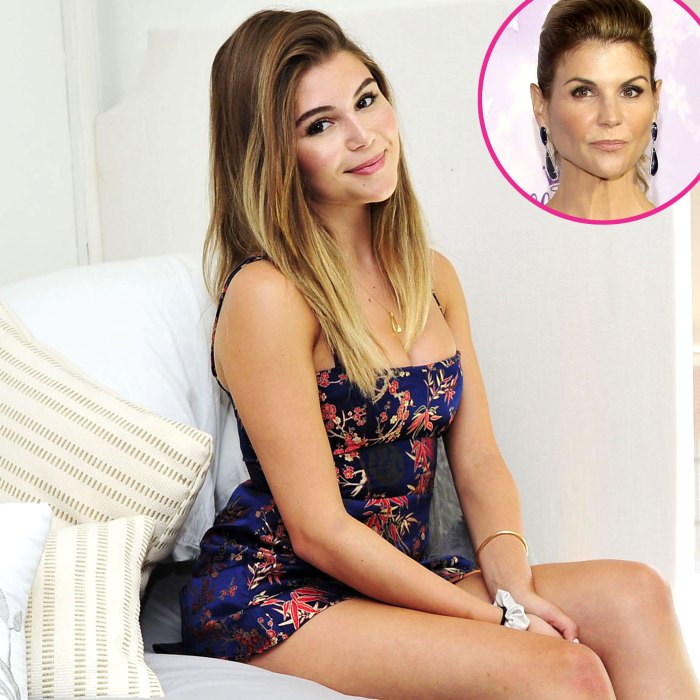 Olivia Jade then cut to herself editing the video. “I don’t mean to say that in a dismissive way or a pretentious way. I think what I was trying to get across was … the thing I wanted to do was apologize for so long and I got to do that on Red Table,” she told the camera in her “quick little editor’s note.”

She concluded, “Although I can’t change the past, I can change how I act and what I do going forward. … Just for my own mental sanity, I don’t want to keep rehashing things, I just want to move on and do better and move forward and come back [and] do what I love, which is YouTube. You don’t have to watch, nobody’s forcing you.”

Olivia Jade then aired her new intro, which included old footage of her past videos — and scenes of Loughlin and her dad, Mossimo Giannulli. The rest of the 15-minute video documented “a day in her life,” which included journaling, feeding her dog, painting her nails, making breakfast and working out in her apartment building.

Olivia Jade teased Thursday’s video via her Instagram Stories. “My first YouTube video in over a year … will be uploaded tomorrow,” she wrote alongside a series of heart emojis on Wednesday, January 20. “Can’t wait for you guys to see it & very grateful to officially be back ? Cheers to that! See u tomorrow.”

The social media influencer’s YouTube channel, which has nearly 2 million subscribers, went dark in March 2019 after Loughlin, 56, and Mossimo were arrested and accused of paying $500,000 to facilitate Olivia and 22-year-old sister Bella Giannulli’s admissions into the University of Southern California.

Olivia Jade made a brief return to YouTube in December 2019, sharing two videos, including one addressing her parents’ role in the nationwide college admissions scandal.

“Obviously, I’ve been gone for a really long time and as much as I wish I could talk about all of this, it’s really hard for me to say this, just because I know that it’s something that needs to be addressed,” she said on December 1, 2019. “It’s just, unfortunately, also why I didn’t know exactly when I should come back to YouTube but the reason for that is just ’cause I’m legally not allowed to speak on anything going on right now.”

Olivia Jade waited another year before she addressed the scandal again during an appearance on Facebook Watch’s Red Table Talk.

“We had the means to do something and we completely took it and ran with it. It was something that it was wrong,” she said in December 2020. “It really can’t be excused. On paper, it’s bad — it’s really bad. But I think what a lot of people don’t know is my parents came from a place of just, ‘I love my kids I just want to help my kids — whatever is best for them — I worked my whole life to provide for my family.’ I think they thought it was normal.” 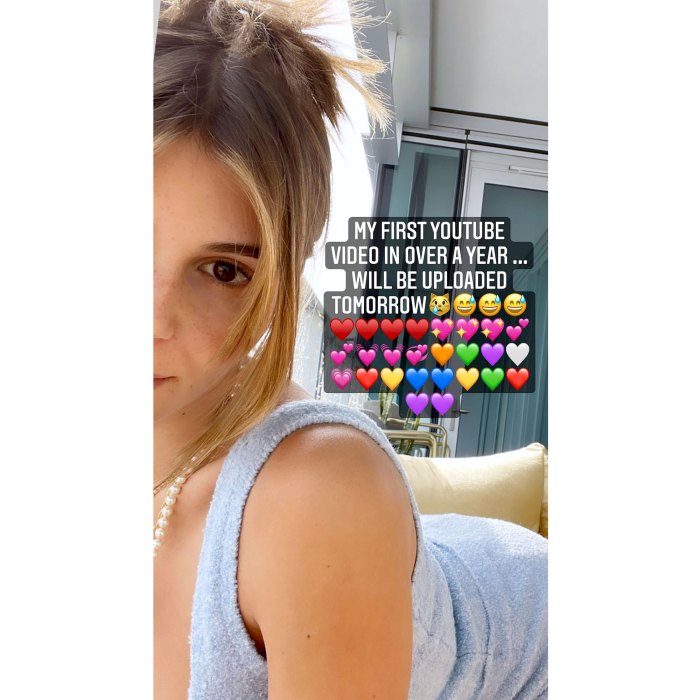 After more than one year of maintaining their innocence, Loughlin and Mossimo, 57, pleaded guilty to fraud charges in May 2020. While the Full House alum completed her two-month prison sentence in December, the fashion designer started his five-month stint behind bars in November 2020. Us confirmed on Wednesday that he was released from solitary confinement and transferred to the minimum-security area of the Federal Correctional Institution after an an “extended period” in quarantine amid the coronavirus pandemic.

While sources have told Us that Loughlin is worried about Mossimo, who is expected to be released in April, another inside source told Us that Olivia Jade is “finally” in a “great headspace” after losing several endorsement deals amid the scandal.

“She’s no longer worried about what the world will think when she puts herself out there,” the source said on January 14, noting the beauty guru “has spent a lot of her time being nervous that she would only receive negative comments online, but she is past that and ready to start posting again.”