Lori Loughlin was spotted for the first time on Tuesday, March 2, after completing her two-month prison sentence for her role in the college scandal.

In photos obtained by Page Six, the 56-year-old actress was seen volunteering with Project Angel Food, the same organization where she completed her court-ordered community service last month. While Loughlin kept it causal as she handed out meals in jeans and a sweatshirt, she accessorized with a hat and mask with the charity’s logo and completed her look with a pearl necklace and sunglasses. 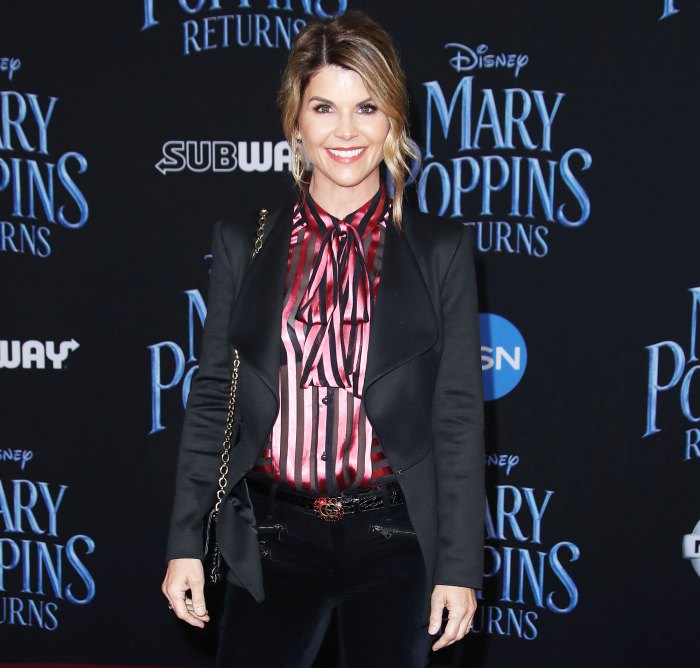 The former Fuller House star and husband Mossimo Giannulli were accused of paying $500,000 in bribes to facilitate their daughters’ admissions into the University of Southern California. After pleading guilty to fraud charges against them, the couple, who share Bella, 22, and Olivia Jade, 21, were sentenced in August 2020.

Loughlin completed her prison sentence in December 2020. The 57-year-old fashion designer, meanwhile, is currently serving his five-month sentence at Federal Correctional Institution, Lompoc and is expected to be released in April. Us Weekly broke the news last month that Loughlin completed her 100 hours of community service, while Giannulli must complete his 250 hours upon release.

“She’s been working with children who have learning disabilities and has found it very fulfilling,” a source told Us last month. A second source added that the Loughlin is “going above and beyond the hours that she is required to do.”

Us also confirmed in November 2020 that the pair paid their court-ordered fees in “full.”

While the actress has yet to speak out following her release, she got visibly emotional as she addressed the judge at her virtual hearing.

“I made an awful decision. I went along will the plan to give my daughters an unfair advantage in the college admissions process,” Loughlin said on August 21, 2020. “In doing so, ignored my intuition and allowed myself to be swayed from my moral compass. I thought I was acting out of love for my children, but in reality, I had only undermined and diminished my daughters’ abilities and accomplishments. … While I wish I could go back and do things differently, I can only take responsibility and move forward.”

Us confirmed on February 12 that a Massachusetts judge signed paperwork allowing Loughlin to retrieve her passport days after she filed a motion requesting it back.

Kendall Jenner, Devin Booker Care About Each Other ‘Immensely’