AFTER years of yo-yo dieting Nadia Sawalha has ditched restrictive eating and learned to feel confident in her own skin – partly thanks to her Loose Women co-stars.

The size-14 presenter now regularly strips off on social media to promote body positivity and favours “intuitive eating” — an approach to food that rejects diets, meal plans and willpower. 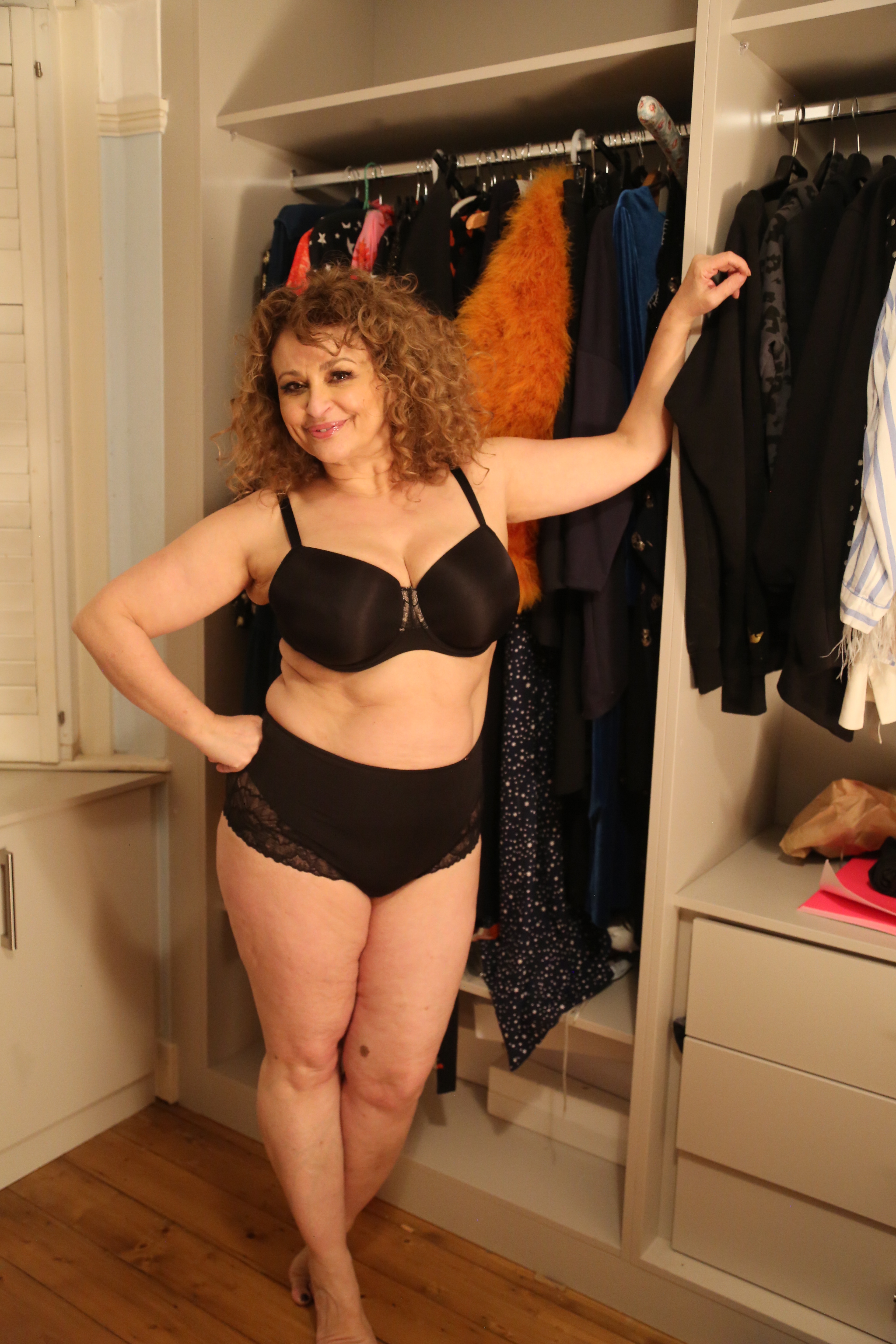 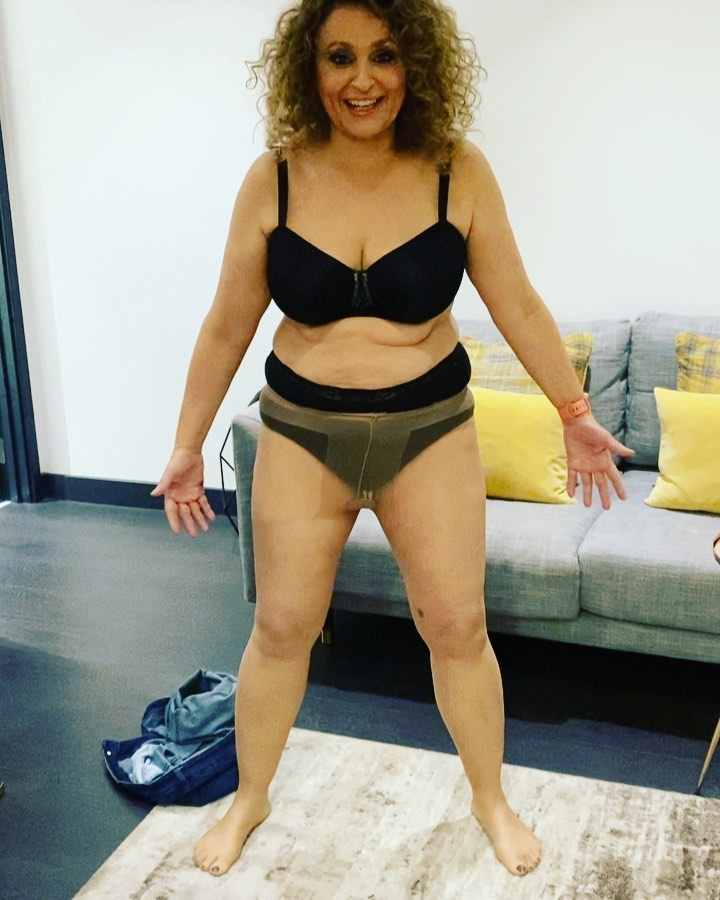 Despite “definitely overeating” at Christmas, Nadia says: “This is the first New Year in my whole adult life when I’m not on a diet and it’s so liberating.

“Every January I’d diet, lose weight and then I’d put it back on every time. So I’m really trying to get back to intuitive eating — it’s a ­complete revolution.

“You only eat when you’re hungry and only the things that you want, and you don’t obsess about what’s healthy or not.”

The idea of intuitive eating has gained popularity over the last ­couple of years, with books like Just Eat It and The F*** It Diet replacing clean eating and weight-loss options. 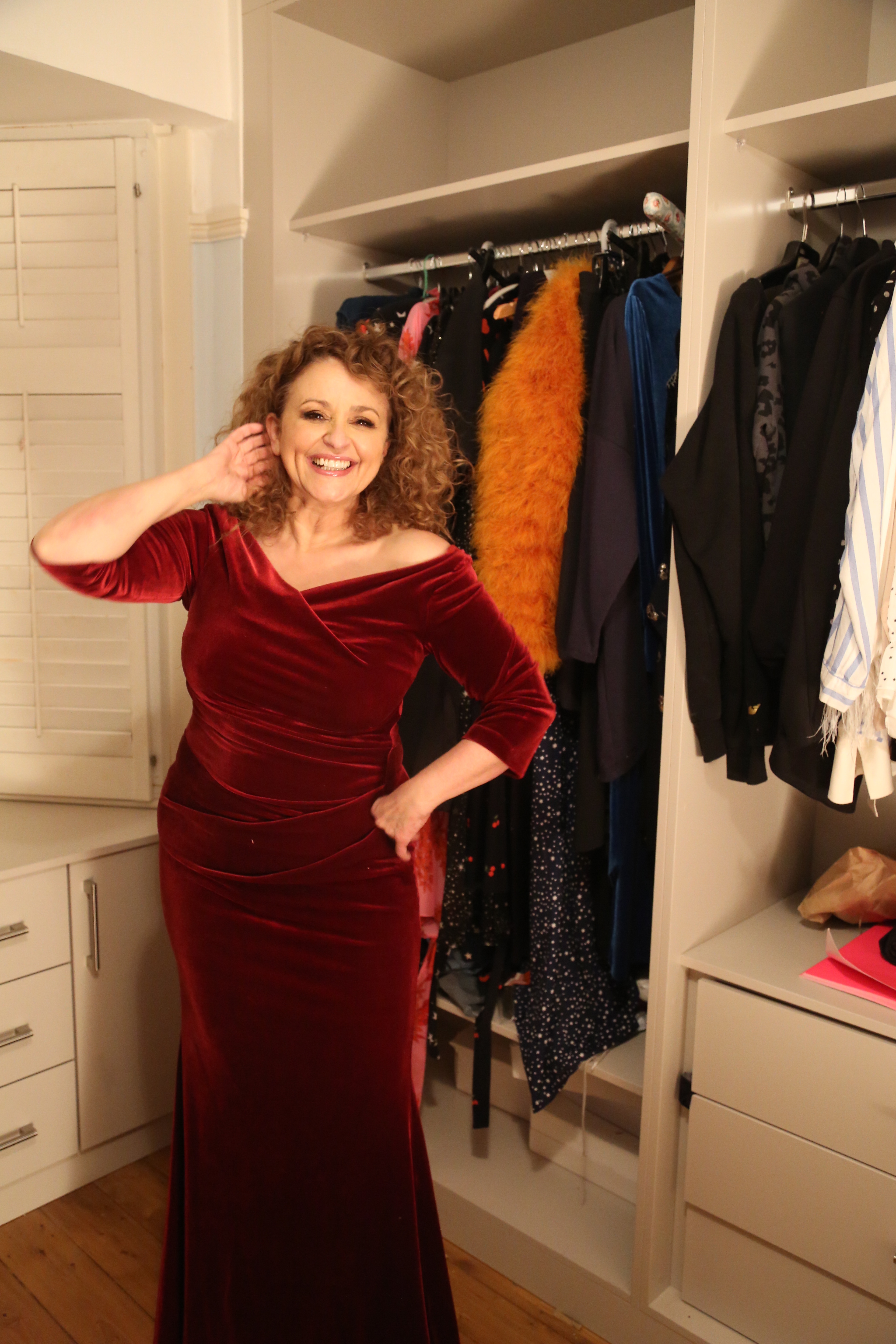 Nadia says: “You might initially put on a few pounds because you’ve got to get that balance back, but you will eventually stabilise your weight.

“You don’t restrict any foods and go with what you really want, so one day it might all be bone broth soups, veggie juices and brown rice but the next it could be burger and chips.

“There are literally no banned foods, so there’s no bingeing. I only eat when I’m hungry and stop when I’ve had enough.

“The great thing about it is I know that if I feel hungry again later I can have something else. There’s no need to stuff myself full.” 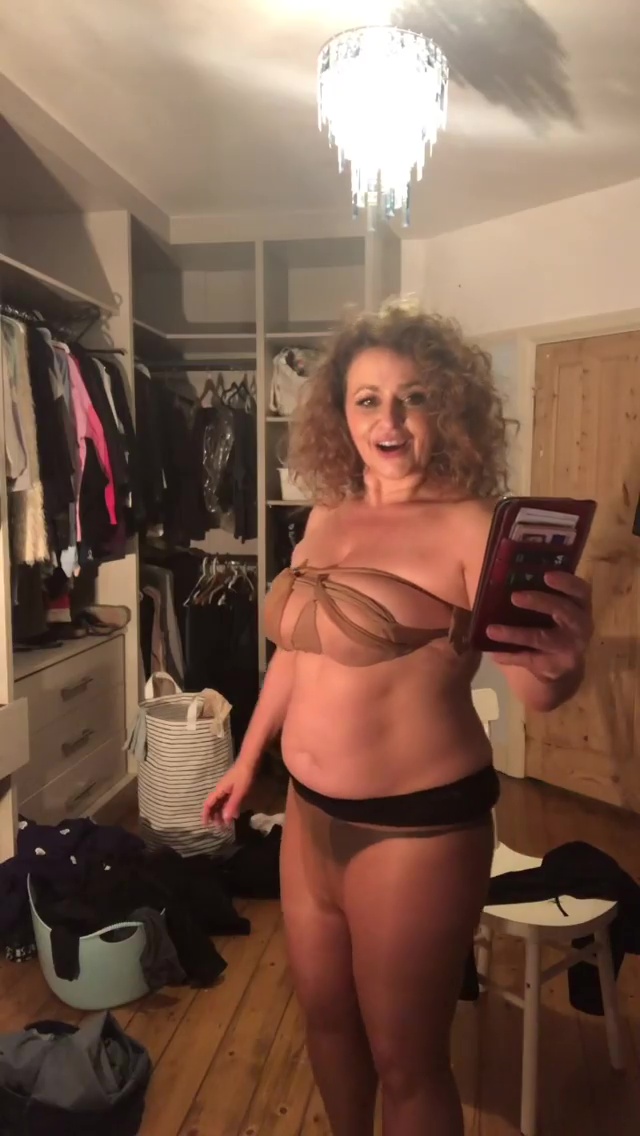 Nadia’s new approach to food comes after years of what she describes as “disordered eating”.

She says: “I want to be totally clear that I didn’t have a ­categorised eating disorder, I wasn’t bulimic, I wasn’t anorexic, but I had disordered eating, which so many people have.

“It’s a constant internal conversation — ‘If I have this, I can have that later’ — I’m trying to get away from that completely.

“My dad has diabetes and I’m in my fifties so I have to be careful. I don’t want to be in that pre-diabetic stage.

“I think about weight only in those terms now, because actually I like how I look with my weight.”

It has been a learning curve for the former EastEnders actress, who has been dogged by body insecurities her entire adult life.

Nadia confesses she would feel “terrible self-loathing” whenever she took her kit off at a swimming pool, even 20 years ago when she was with her closest Loose Women pals.

Nadia — mum to Kiki, 13, and Maddie, 18 — says: “We’d be in Spain on holiday and I’d tell Carol McGiffin, ‘Push me into the pool because I can’t take my sarong off and show my cellulite, it’s so disgusting.’ It would break my heart if I heard one of my daughters say that, yet that’s how I spoke to myself my whole life, and I didn’t really see it before I became a mum. 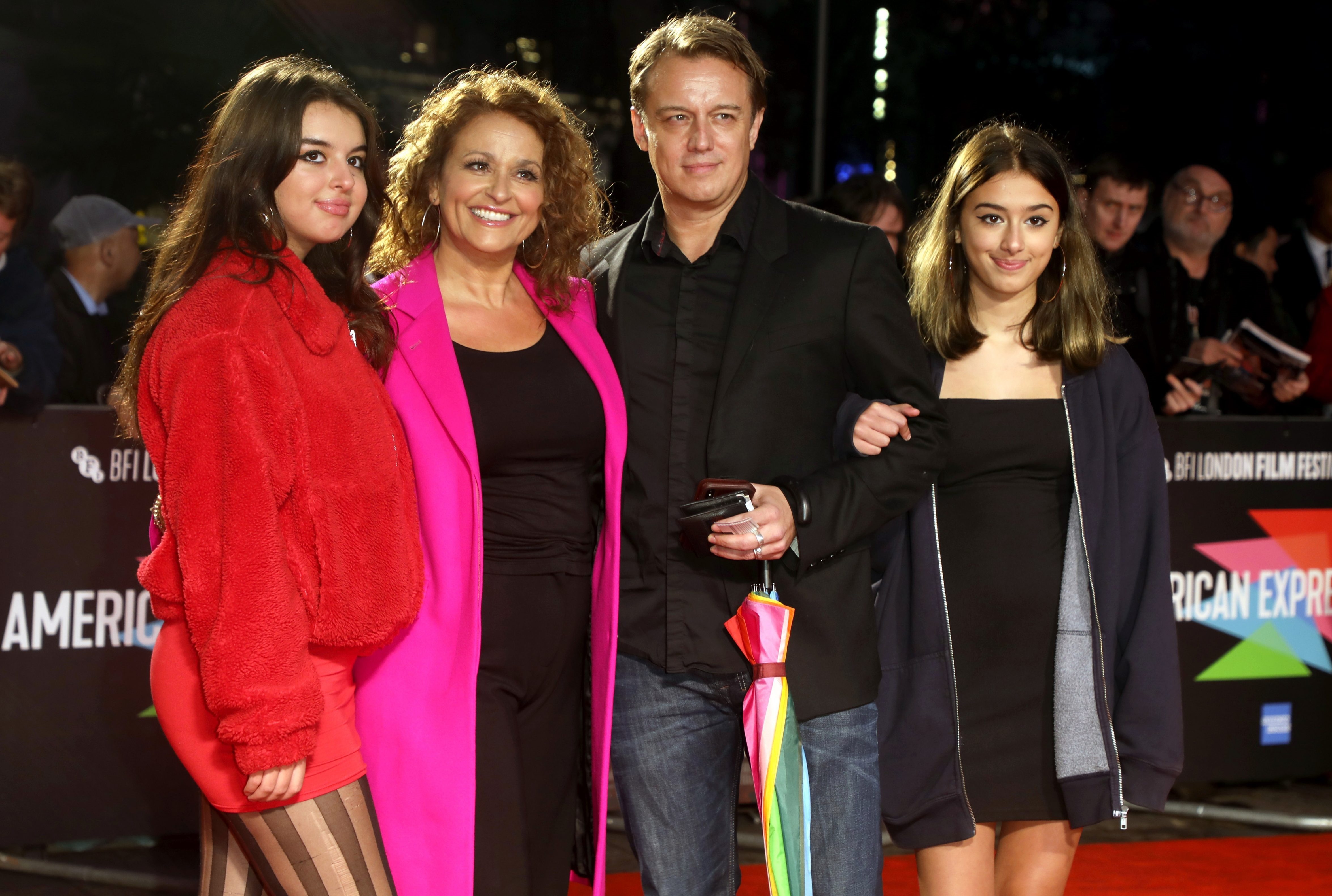 “I have grafted so hard on myself to get where I am now.

“You cannot believe how much of my life I’ve wasted hiding away, being ashamed or getting caught up in the diet ­culture. I look back on photos now and think, ‘Are you kidding me?’ I was an absolute babe, honestly.

“But I thought there was nothing right with me. My boobs were too big, my boobs were too small, my hair was too curly. I’d think, ‘Why have I got curly hair? I want hair that men can run their fingers through.’ ”

In 2010, Nadia slimmed from a size 18 to a size ten while making her own fitness DVD, but even at her trimmest she still was not satisfied. 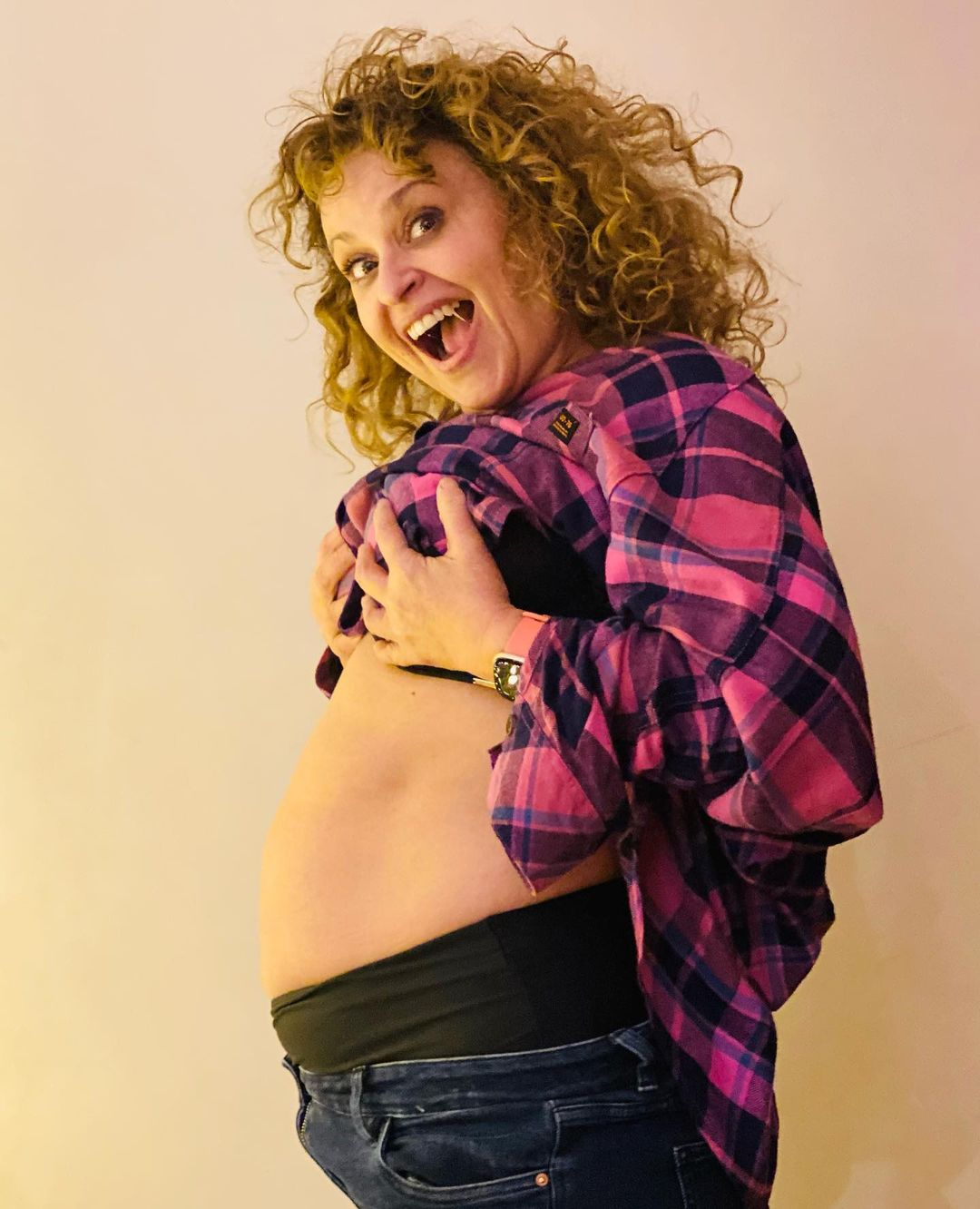 She says: “On the day I shot my DVD I was panicking, thinking that I still looked fat. When I look back on it now, I can’t believe it.

“For years and years I thought size ten was the holy grail, I’d get to a ten and everything would be fantastic.

“The problem is, if you’re naturally a size 12-14 body and you have to get to a ten, you can’t have double naan and a chicken korma again.

“I had to watch every single thing I ate. I just couldn’t and didn’t want to do it.” 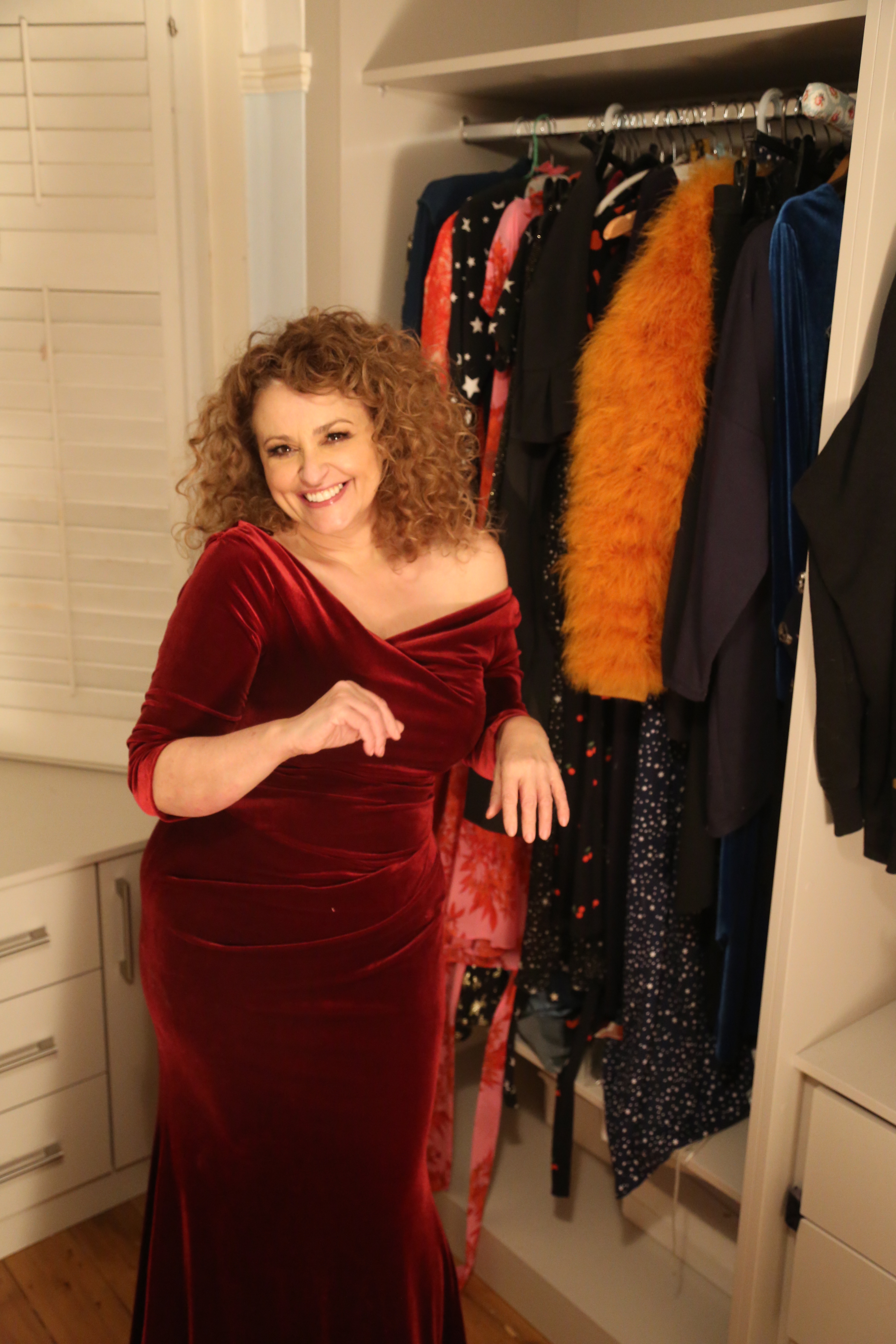 Nadia credits a 2017 underwear shoot with her Loose Women co-stars Stacey ­Solomon, 31, Jane Moore, 58, and Coleen Nolan, 55, for helping her to finally accept herself.

Recalling the campaign for ITV’s Body Stories, she says: “I was worried and didn’t sleep for days before the shoot. We absolutely weren’t forced to do it but I was just dreading it. I said yes was because I’ve got daughters and I was not practising what I preach.

“I was telling them, ‘It’s not about what’s on the outside, it’s how you feel on the inside’ with no meaning behind it.

“I really had to push myself. That set off a chain of positive events and ever since then I’ve been non-stop working on myself.

“I still have my issues. But I’ve got a different internal voice now.

“When people ask me what the secret is, it’s every single day telling the voices to, ‘shut the f*** up’.

“If somebody came into my house and spoke to me like that, I’d call the police, so why would I let them live in my head?”

Nadia, who has been married to TV producer Mark Adderley since 2002, says it is an honour to be a champion of body positivity.

She says: “It means so much to me, it’s actually ridiculous. It’s evolved really naturally. 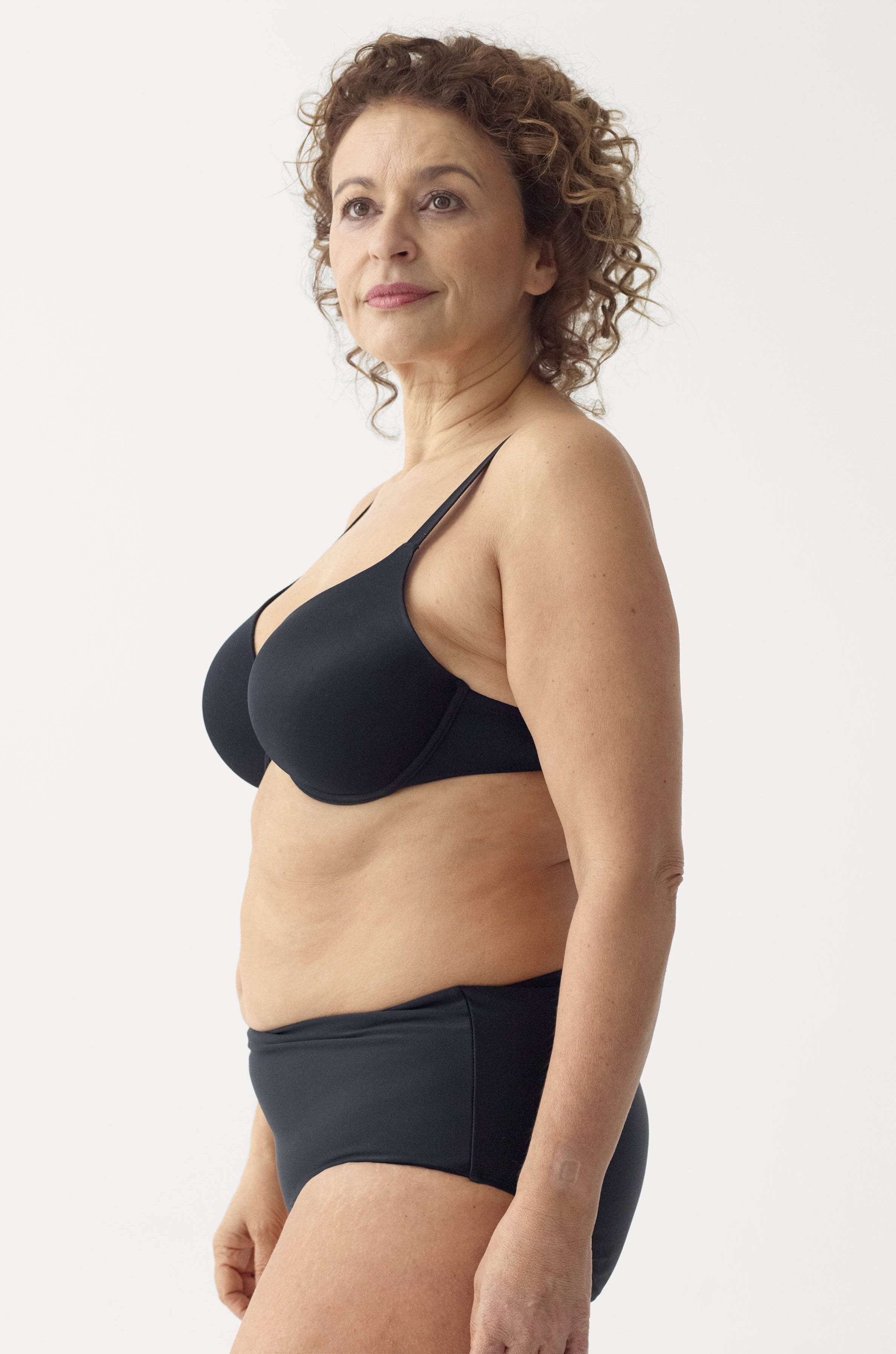 “A few posts ago I posed in the bright light and you could see my cellulite and my stomach hanging down.

Nadia is aware her posts draw criticism, especially the Kim Kardashian spoofs where she dresses as a Victoria’s Secret angel, or modelling her Skims shapewear range — only Nadia’s version is called Skids — but insists: “There will be people that go, ‘Oh my God, look at the state of her.’ It’s actually the people who hate me for doing it that I want to reach.”

While some teenagers cringe at their parents’ social media antics, Nadia’s girls are proud of their mum’s body positive posts on Instagram. 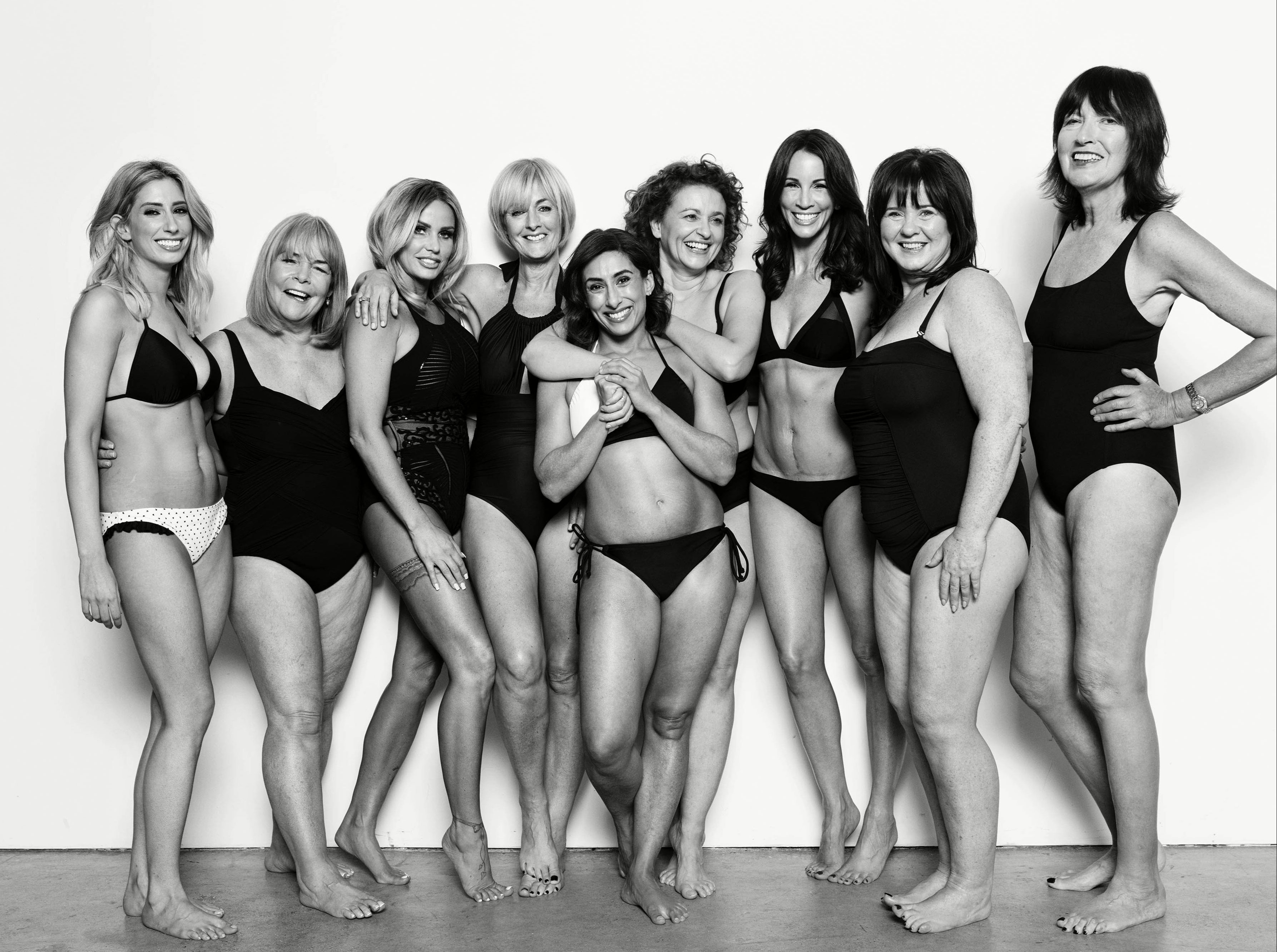 The TV host says: “A few weeks ago I said to them, ‘I know that you hate what I do and find it really embarrassing, but it means a lot to me’. And my eldest went, ‘No Mum, it’s really brave’.

“So every time I post something it’s for my daughters and for every- one else’s daughters.

“I want to have a tiny part in hopefully changing the narrative and the way we think.”

Nadia Sawalha, 56, dances in a swimsuit to promote body confidence telling fans, ‘Unashamedly my cellulite, all mine!’

Macklemore recalls time he won Grammy over Kendrick Lamar: “I was conflicted”