WITH his piercing brown eyes and commanding presence, you would expect DI Steve Arnott to be the resident heartthrob in BBC hit drama Line of Duty.

But according to many viewers on Twitter, the bearded anti-corruption cop – played by 36-year-old Martin Compston – is beaten in the sexiness stakes by his no-nonsense boss, Superintendent Ted Hastings. 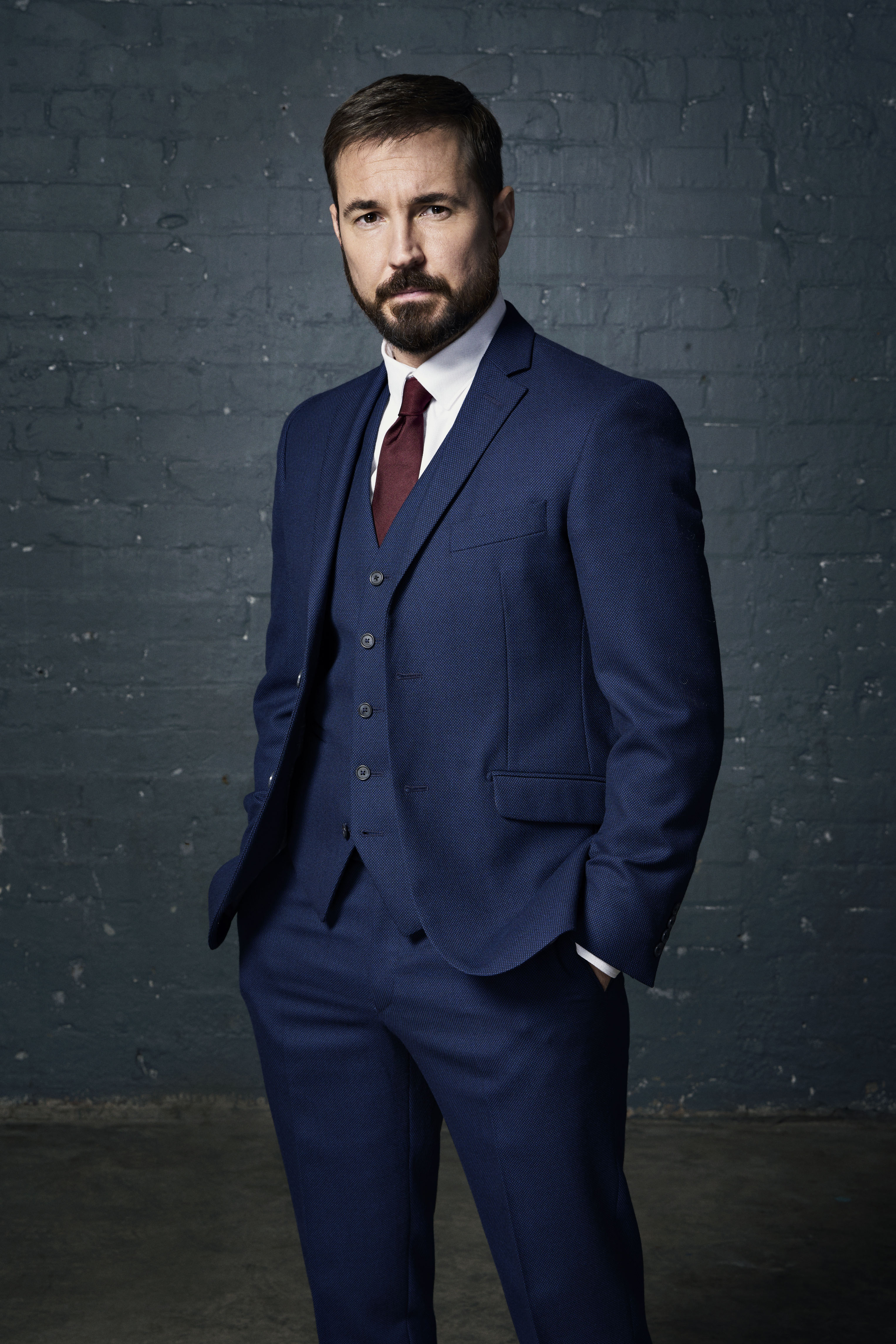 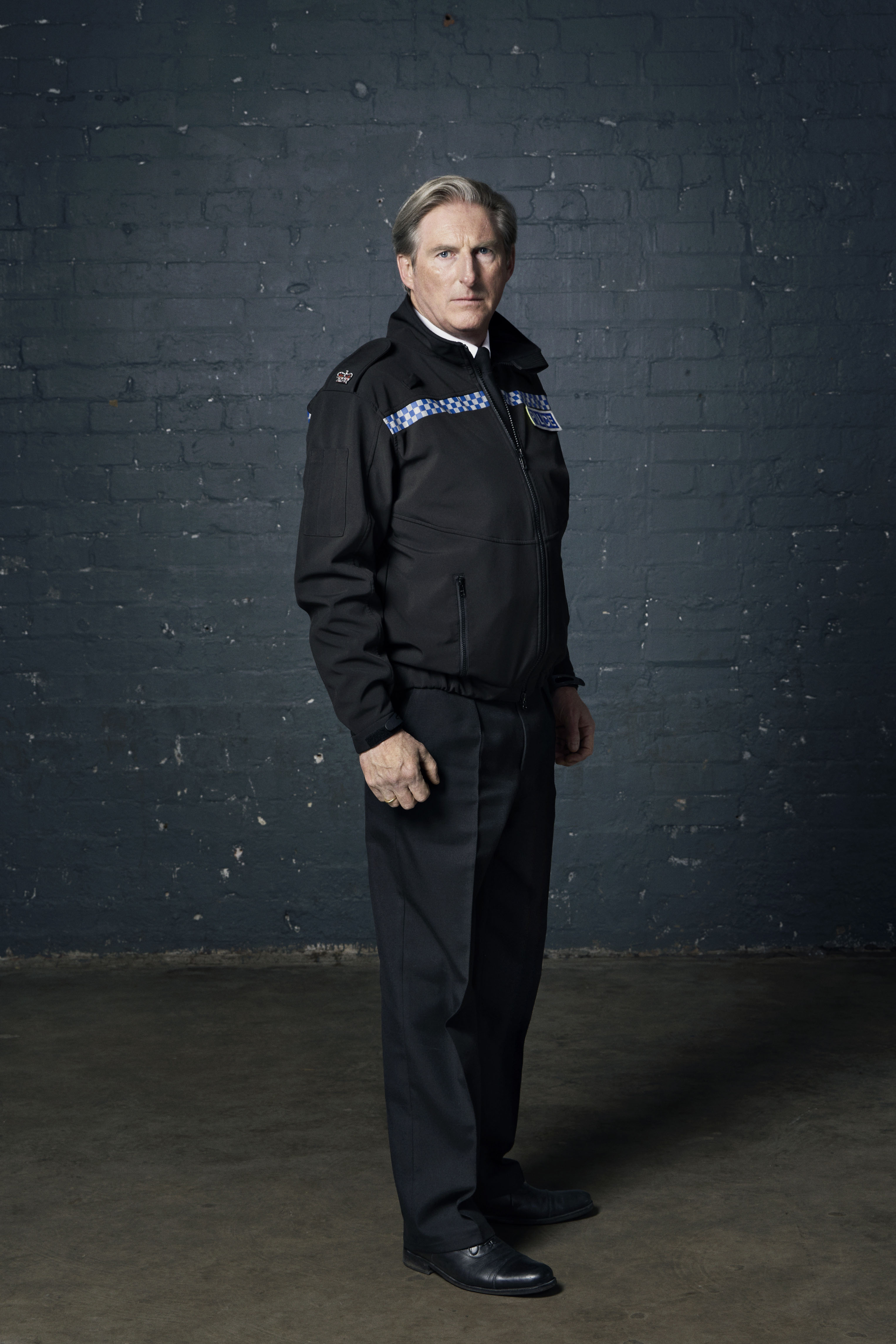 “I think women have responded to Ted because they realise they could have him round their little finger within 20 minutes.”

Here, two Line Of Duty super fans reveal which copper gets them hot under the collar.

“As soon as I started watching LoD a few weeks ago, my heart began racing. But it wasn’t the gripping plot that got me – although the show is great. It was Supt Hastings, played by sexy Northern Irish actor Adrian Dunbar.

He might be greying, 30 years my senior, older than my dad, sleep in a single bed in the show and have huge money worries – but he is so fit.

From the top of his slightly receding hairline to his neatly polished shoes, I love him.

I’m a 32-year-old businesswoman and responsible mum-of-two but the way he owns the small screen leaves me panting.

I even Google details about him, like I’m a teenager and he’s in a boyband.

I want to know his height (5ft 11in), if he’s married in real life (yes, to actress Anna Nygh) and what else he’s been in (2009 drama series Ashes To Ashes and sitcom Father Ted).

Others might fancy ladies’ man DS Arnott but he’s a bit too young and, at 5ft 6in, too short for me. He wouldn’t come up to my boobs. 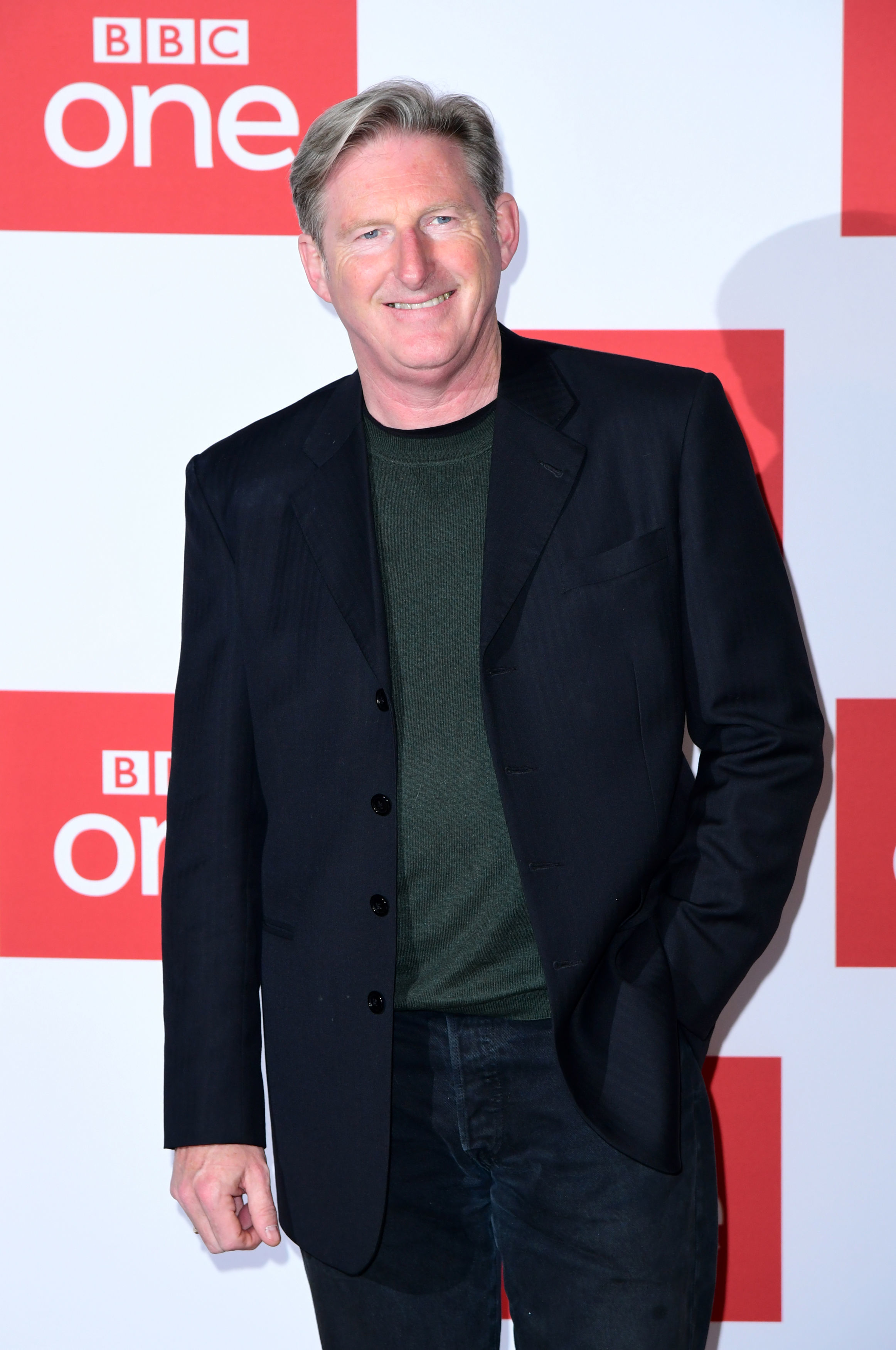 Because of my job, helping women increase their confidence in the workplace, and being a single mum I’m assertive and dominant.

So I need a man who can keep up and dominate me – and I reckon Supt Hastings could. He knows what it’s like to lead a team. He can take charge – there is nothing hotter.

People calling him Sir is a huge turn-on. Ted, as I call him, is so brave and his protective streak makes me feel really safe. 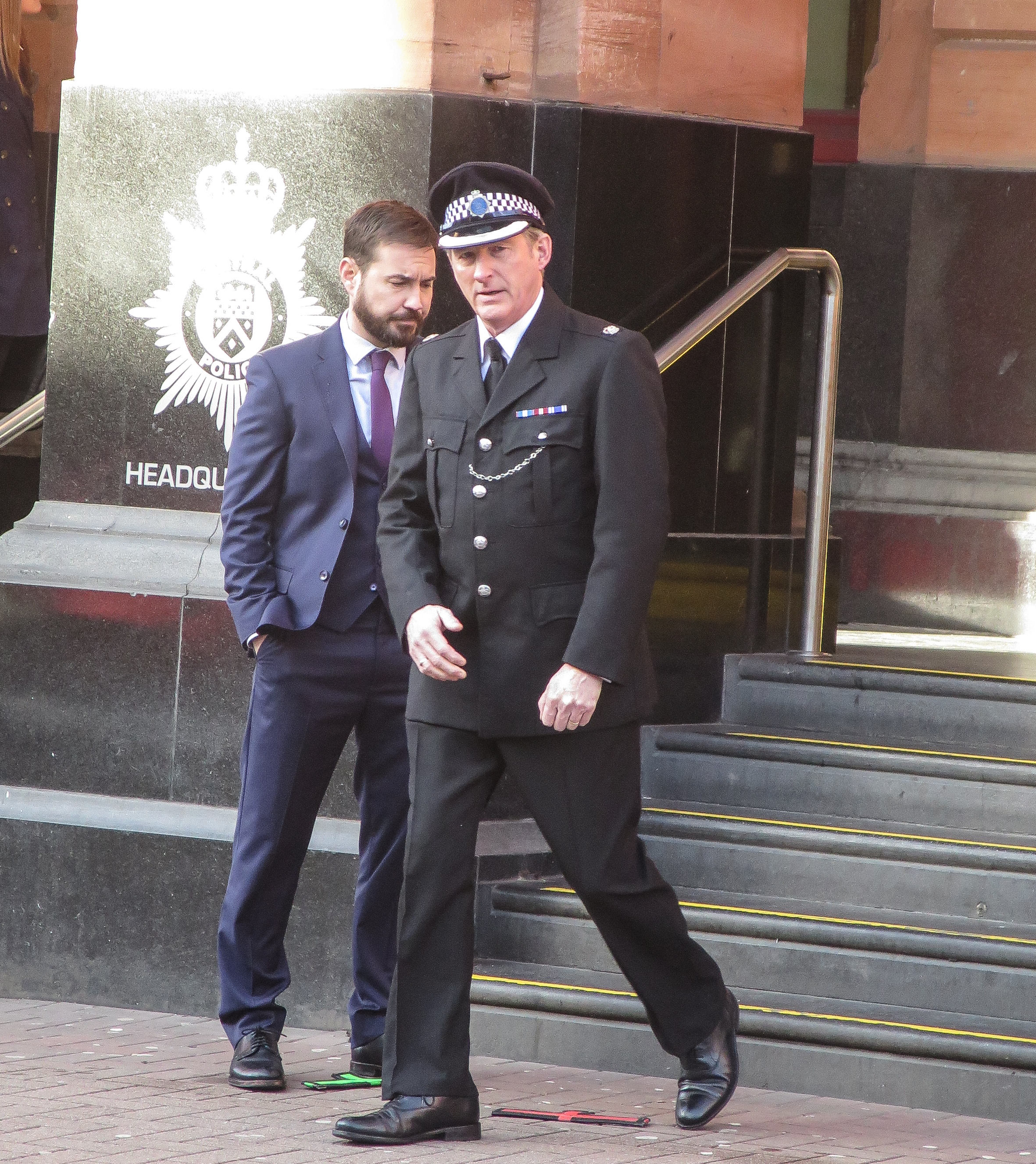 Jade says DS Steve Arnott is a bit too young for her and a little on the short sideCredit: Splash

I’ve always had a thing for gentlemen who are my senior. He’s nearly an OAP but we’d be a fab match.

Those broad shoulders, those penetrating eyes . . . I’m swooning just thinking about him. I bet he’s a real goer in the sack, with plenty of experience. I wouldn’t mind ­ripping his clothes off.

Yes, my crush might be weird but do I feel guilty? Nah, he makes me want to join the police. I’d like to be in anti-corruption.

STEVE ARNOTT is THE man, says Fabulous writer Claire Dunwell, 43, who lives in Wakefield, West Yorks, with husband Ian, 56, who owns a fish and chip shop, and sons Sam, 14, and Louie, 11. She says:

‘MOVE over Ted, there is only one man on the AC-12 team who sets my pulse racing – and that’s THE man, Steve.

Claire calls Steve her ‘secret package of pleasure’ and she doesn’t t feel one bit guiltyCredit: The Sun

The moment he set foot in the building for series six, his suave and sexy silk waistcoat had me all of a flutter – and don’t get me started on his crisp navy suit.

I was clambering over the hubby to press the pause ­button on the telly remote ­control long before Steve had the chance to say CHIS (Covert Human Intelligence Service).

Shorter men aren’t my type but at 5ft 6in, Steve is my secret package of pleasure, and I don’t feel one bit guilty.

Who can resist the dark brown eyes, facial hair and not to mention the way he ­commands attention in that interview room. Ding-dong! 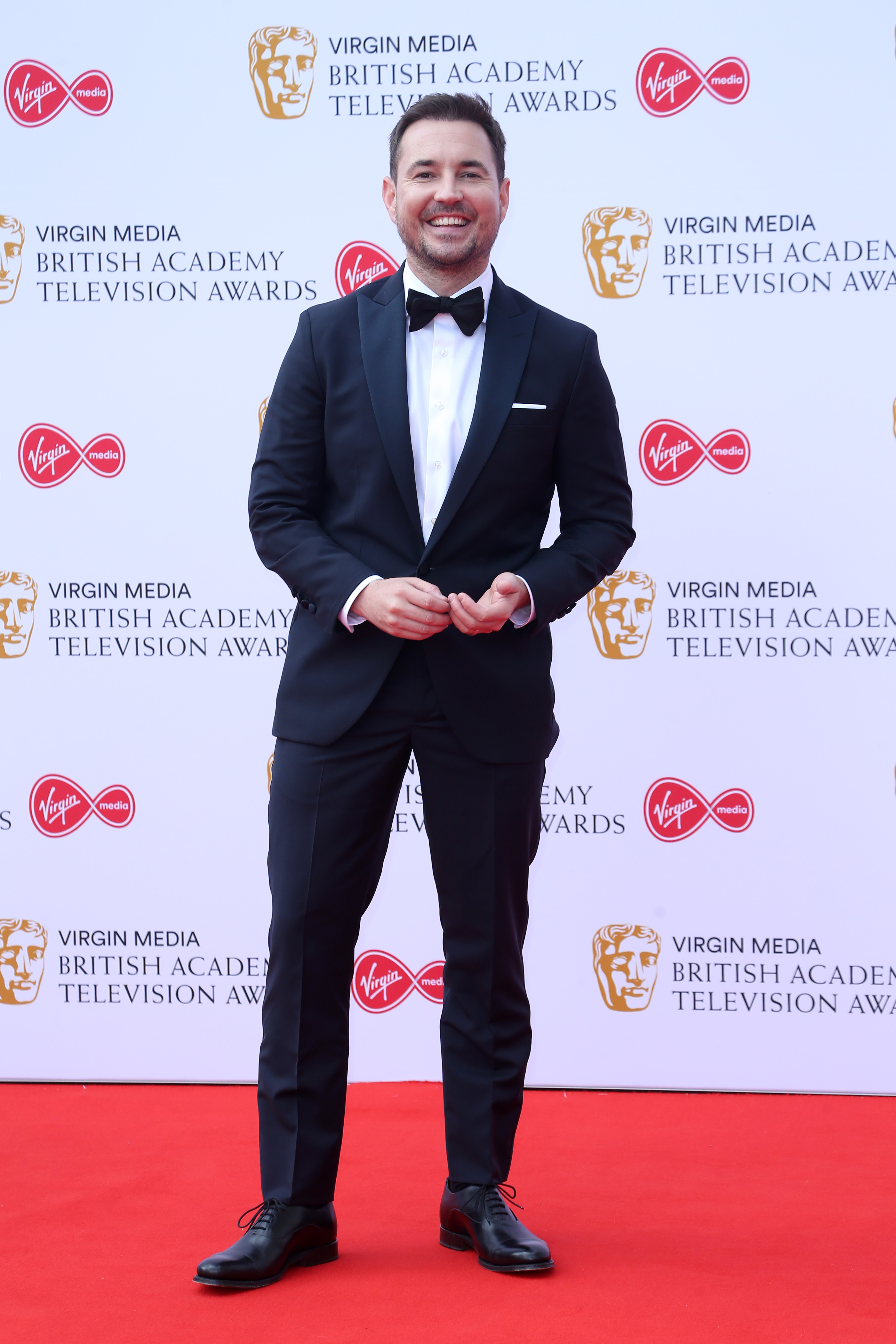 But it wasn’t love at first sight. When friends swooned over him, I would roll my eyes because I could NOT see the appeal. That was until series five when I began hankering after the Scottish hunk. And I’ve been hooked ever since.

When complex storylines left me baffled, Steve sparked my interest and I stuck with it.

If only he knew the sleepless nights I endured when it seemed he might leave AC-12 early in this series.

I watched through my fingers when he took on the sniper in ­episode four, and when he pops another painkiller my heart aches because I feel so desperate to fix him.

Perhaps my crush stems back to an encounter in my teens with a Scotsman I met on a night out. They strike an uncanny resemblance. (Disclaimer – neither fellas are a patch on my husband, ­obviously). Or maybe it is the police jargon that rolls so effortlessly off his tongue.

Who cares if I don’t know my AFOs (Authorised Firearms Officers) from my DIRs (Digital Interview Recordings).

But, Steve, if you’re reading this, feel free7 to pop round mine to explain.