One final wish. The details of Larry King’s last will and testament have been revealed nearly three weeks after his death.

In the legal document, which Us Weekly obtained, the legendary talk show host wrote on October 17, 2019, “This is my last will + testament. It should replace all previous writings. In the event of my death, any day after the above date I want 100% of my funds to be divided equally among my children Andy, Chaia, Lary [sic] Jr Chance + Cannon.”

King signed the will nearly two months after filing for divorce from his seventh wife, Shawn King, and before the back-to-back deaths of Andy and Chaia in the summer of 2020, respectively. 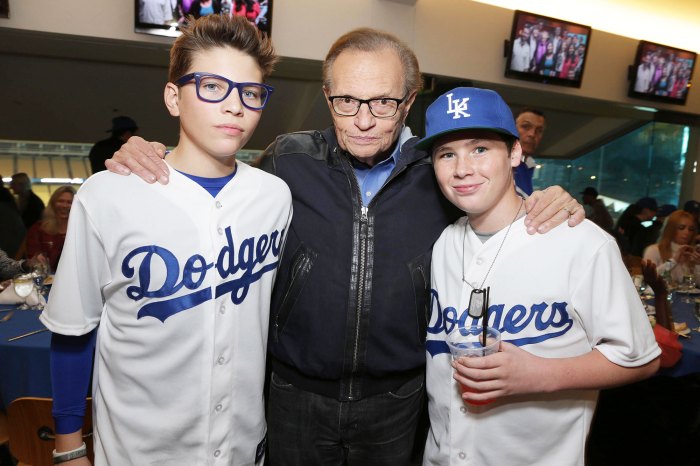 Larry’s eldest son, Larry Jr., nominated himself to serve as the “special administrator” of his late father’s estate, pending a judge’s approval, according to court documents obtained by Us. Larry Jr., 59, wrote in a petition filed in probate court that the former Larry King Live host and Shawn, 61, “were residing separately from each other since 2019, and were living separate and apart at the time of Mr. King’s death.”

Although Larry did not leave any money to his estranged wife, California law states that she would have “priority next after [his] brothers and sisters.” However, as one of Larry’s children, Larry Jr. “has a clear statutory priority to act as special administrator in this estate over Ms. King,” the petition noted.

An initial estimate valued the Politicking With Larry King host’s personal property at $2 million, though his net worth is believed to have been much higher. 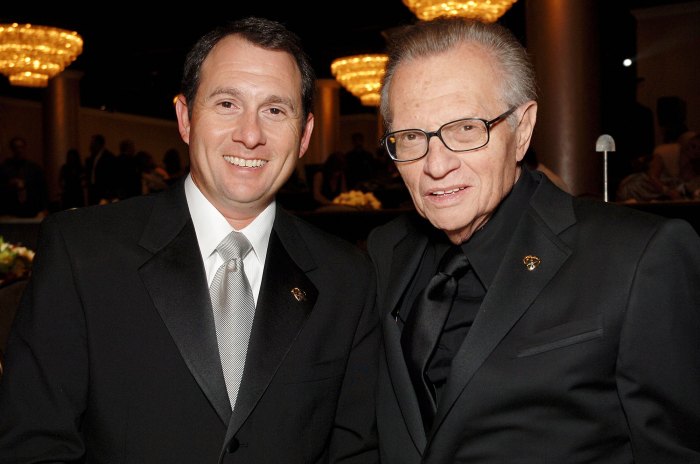 Larry King Jr. and Larry King attend An Evening with Larry King and Friends in Los Angeles on November 21, 2006. BEI/Shutterstock

Larry died at the age of 87 on January 23 after being hospitalized with COVID-19 in December 2020 at Los Angeles’ Cedars-Sinai Medical Center.

“For 63 years and across the platforms of radio, television and digital media, Larry’s many thousands of interviews, awards and global acclaim stand as a testament to his unique and lasting talent as a broadcaster,” Ora Media, which he founded in 2012, said in a statement via Twitter at the time. “Additionally, while it was his name appearing in the shows’ titles, Larry always viewed his interview subjects as the true stars of his programs and himself as merely an unbiased conduit between the guest and audience. Whether he was interviewing a U.S. president, foreign leader, celebrity, scandal-ridden personage or an everyman, Larry liked to ask short, direct and uncomplicated questions. He believed concise questions usually provided the best answers, and he was not wrong in that belief.”

Larry shared Larry Jr. with his second wife, Annette Kaye; Andy and Chaia with his third wife, Alene Akins; and Chance, 21, and Cannon, 20 with Shawn. Andy died from a heart attack at age 65 in July 2020, and Chaia lost her battle with lung cancer at age 51 three weeks later.