“My opinion is that it was completely planned out,” Angel, 58, told Us Weekly exclusively. “We walk dogs here and everyone here walks their dogs late. It’s a very safe neighborhood. … It’s totally chill here [on North Sierra Bonita Avenue]. And, you know, we do have a lot of celebrities in this neighborhood.”

Gaga’s dog walker, Ryan Fischer, was hospitalized after a kidnapper shot him and stole two of the singer’s three French bulldogs — Koji and Gustav — in West Hollywood on Wednesday, February 24. The following day, police said that two men in baseball caps shot Fischer, 30, in the chest four times. 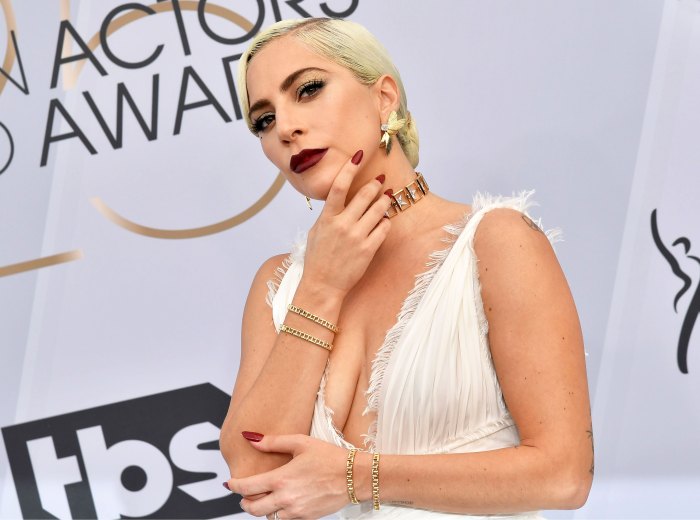 After the first shot was fired, Angel recalled going “into survival mode” to protect himself.

“I heard a man screaming. I actually couldn’t tell if it was a man or a woman. I saw a lot of commotion out [in] front of my house,” he recalled. “It just was going on for too long, so I went out to look over my fence. As I looked over my fence to the right of my house, I see a white car with two doors open and a little bit of someone struggling. It happened so fast. So literally within 15 seconds, when I looked over the fence, there was a gunshot. That made me run back into my house and call 911.”

He continued, “The police told me to stay in the house, to stay down. The police were here in, like, two minutes. Then, I went back outside and that’s when they took a police report from me because I saw the car. So, I was a witness to the car and there were no other witnesses at that time.”

The activist and motivational speaker said that Fischer was lying on the ground as “people were around him and pushing on his chest.” Angel noted that the Grammy winner’s dog walker was “bleeding out really badly, but the ambulance was here really quick.”

The onlooker explained how the community came together amid Fischer’s time of need. “The whole neighborhood was on the text [with one another] and just taking care of each other and checking in with each other, which is so great. Thank God that we had this neighborhood. I really don’t think that guy could’ve made it [otherwise]. We were all on it. The 911 operator said, ‘I’m getting tons of calls right now,’” he shared, noting that one of the neighbors “caught it all” on their security camera.

“We’ve all pretty much became great neighbors, and we all became part of that situation,” he continued. “One of my neighbors was on top of it and really helped to save this guy’s life. He was bleeding bad. He was screaming, ‘Help me! Help me!’”

Police were able to recover one of the “Shallow” songstress’ pups, Miss Asia. Gaga, 34, is offering $500,000 to anyone who can help bring Koji and Gustav back home safely. There is also a newly set-up email address, [email protected], that is designated for tips regarding the dognapping.

The “Rain on Me” singer’s father, Joe Germanotta, spoke out amid the news. “We’re just sick over it. It’s really horrible. It’s like someone took one of your kids,” he told the New York Post on Thursday, noting that he told his daughter to “try to be strong and remember that they’re together.”

On Thursday, February 25, a source told Us exclusively how Gaga is coping after the incident.

“Gaga is beside herself,” the insider said of the A-lister, who is currently filming MGM’s Gucci movie in Italy. “She is hoping and praying for the safe return of Koji and Gustav and for the speedy recovery of their walker, who is doing as well as can be expected given the circumstances.”