Amurri, 35, introduced fans to her new man on Thursday, January 7, in a post on her Happily Eva After blog after splitting from Martino, 39, in November 2019.

The Mothers and Daughters actress teased her “life update” via Instagram at the time, writing, “I love how he sees me❤️.” 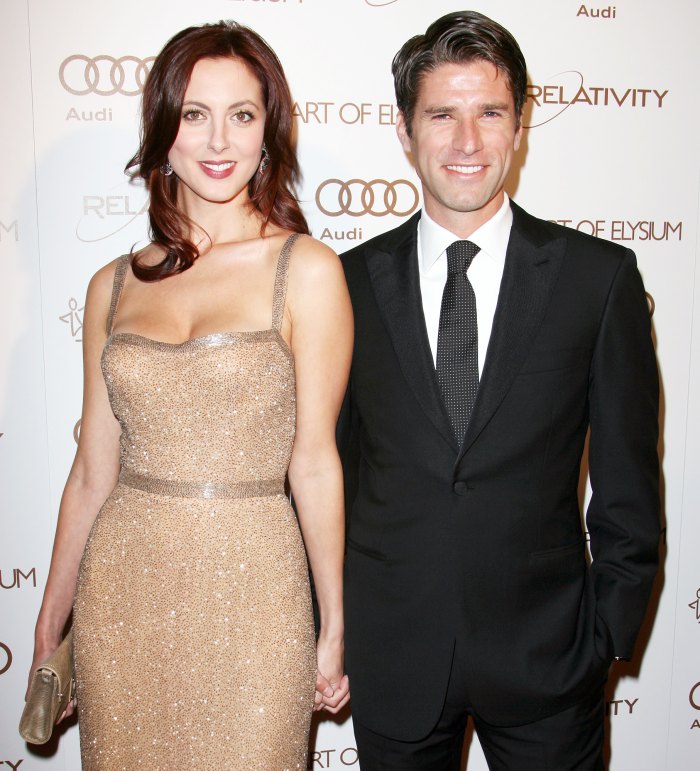 Martino was quick to celebrate his ex’s newfound love, commenting, “Happy for you mama❤️.” Amurri replied to the TV soccer analyst, writing, “@kylemartino☺️❤️.”

The Saved! actress gushed about her relationship with Hock, calling him a “wonderful boyfriend” who she is “beyond happy” to be dating. She noted that he is “not a public figure” and therefore they are “still figuring out” what aspects of their romance they will share with her fans.

“We started chatting, and for a month just really got to know each other well from exchanging messages and laughing together via text. We created a really special friendship,” she said of the chef, whom she met while dining at his restaurant with a mutual friend in Westport, Connecticut. “By the time he took me to dinner for the first time, I felt SO close to him, and so safe with him, and it was an old-fashioned courtship in a lot of ways.”

Susan Sarandon’s daughter also opened up about how “supportive” Hock has been about her coparenting relationship with Martino, with whom she shares Marlowe, 6, Major, 4, and Mateo, 9 months.

“It means the world to me that he knows and understands how much Kyle means to me and to the kids,” she wrote. “Some of my happiest days have been when we have spent time all together. I LOVE IT.”

Amurri and Martino announced their split in November 2019, two months after they revealed they were expecting baby No. 3 together. Us Weekly exclusively confirmed that the pair finalized their divorce in February 2020. They welcomed Matteo the following month.

The former professional soccer player opened up about the pair’s coparenting style in August 2020, saying, “There is no ‘right way’” to live and love.

“Life, love, family and career take many forms. I know the decision Eva and I made to be a ‘different’ type of family, and me once again stepping away from a ‘dream job’ to pursue other passions, evokes confusion or even criticism,” he captioned a series of family photos via Instagram at the time.

He added: “The truth is we’ve never been happier because we’ve found ‘our way.’ Our kids now see a genuine version of parents who love them, love each other and most importantly love themselves.”