XOXO, KCav. Fans think Kristin Cavallari is sending a message to a special someone this Valentine’s Day — but aren’t sure if she’s eyeing a response from estranged husband Jay Cutler or new flame Jeff Dye.

The Uncommon James founder, 34, shared a playful template of a Valentine’s Day note via her Instagram Story on Tuesday, February 2, and filled in the blanks with her wish list.

“Dear J, You can skip the chocolate this year,” the note read, signed with the Hills alum’s initials at the bottom. “I want tequila, a beach and [the] Secret Rose candle at Uncommon James. … PS. T minus 12 days. You’ve got this.” 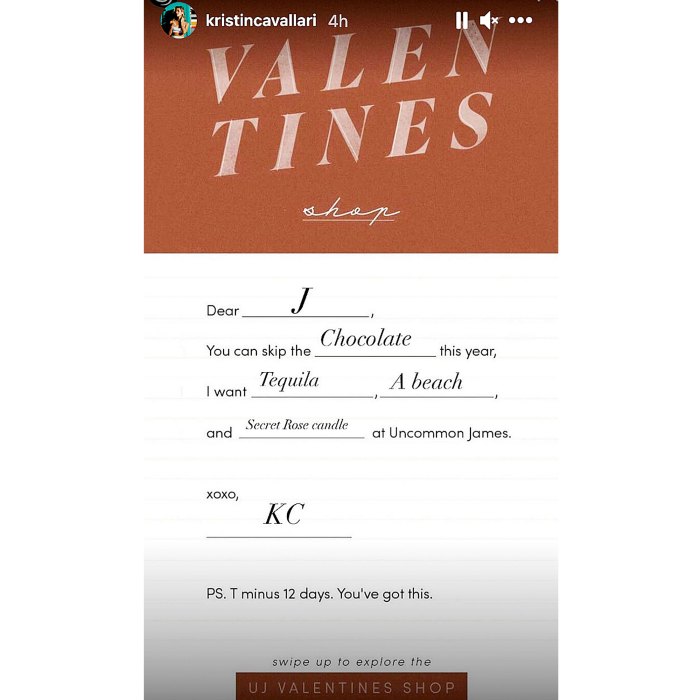 Some social media users hoped that the Laguna Beach alum was sending signals to Cutler, 37, from whom she split in April 2020 after 10 years together. The former couple wed in June 2013 and share children Camden, 8, Jaxon, 6, and Saylor, 5. Us Weekly previously broke the news that the twosome had already filed for divorce before taking to Instagram to announce their separation. The case is not yet finalized.

Weeks before sharing her Valentine’s Day wishes, Cavallari sparked rumors that she might be reconciling with Cutler when the pair posed for a cozy photo together. “The world is full of users. 10 years. Can’t break that,” they each wrote on their respective Instagram accounts, nearly breaking the internet in the process.

Despite speculation from longtime fans, a source told Us at the time, “There are no talks of Jay and Kristin getting back together. They are just friends. … They will always have each other’s back no matter what.” 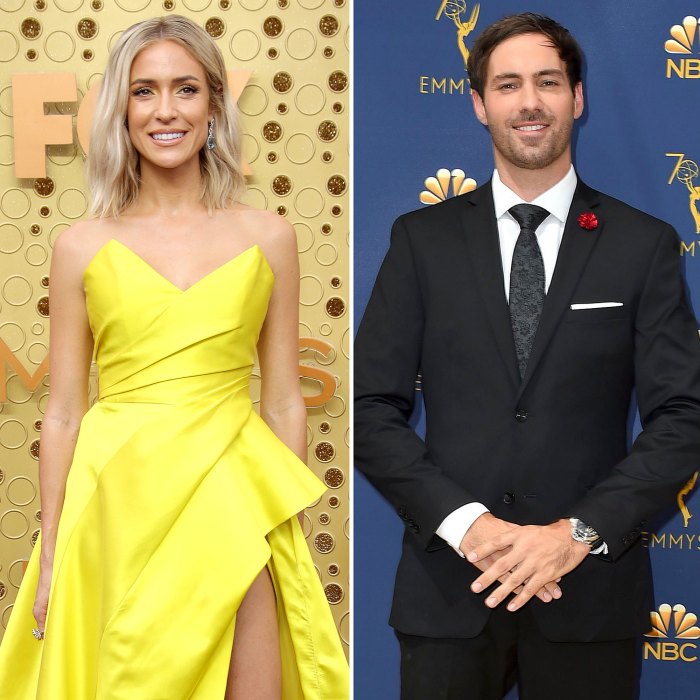 Though rumors of a reunion between the former couple were brewing, it’s also possible that Cavallari’s Valentine’s message was intended for Dye, 37. The reality TV star and the comedian were first linked in October 2020 when they were spotted packing on the PDA at a Chicago bar. One month later, a source told Us that the duo were “super hot and fiery” and “very into each other” as they explored their relationship.

The pair have kept up a flirty back-and-forth on social media since sparking their romance, with Dye even posting a response to Cavallari’s dream Valentine’s Day plans.

“Dear K, You can skip the distance this year. I want drinks, dancing and you from Uncommon James,” Dye teased via his Instagram Story on Tuesday, signing “XOXO, Jeffy” at the end.

Cavallari and Dye told each other “I love you” during an Instagram Live together in January, but a source previously revealed that the True Comfort author is hoping to take things slow.

“Their relationship is very easygoing, and Kristin is not thinking long-term right now and isn’t trying to get serious right away,” the insider said in November 2020. “She has three children and knows it will have to be a slow process.”

Is Firefly Lane based on a book and who wrote it?