What a tease! Kristin Cavallari and Jay Cutler set tongues wagging when they posted a friendly Instagram photo together, but the reconciliation rumors that followed are unfounded.

“There are no talks of Jay and Kristin getting back together,” a source tells Us Weekly. “They are just friends. Kristin is single.”

The estranged couple announced their split in April 2020 after nearly seven years of marriage. Amid their divorce, the two are focused on their children: sons Camden, 8, and Jaxon, 6, and daughter Saylor, 5. 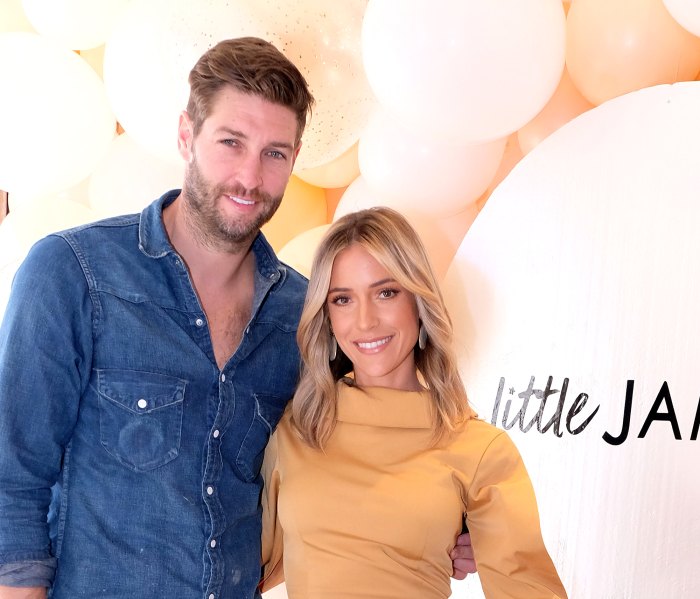 “Kristin and Jay have remained friends. They will always have each other’s back no matter what,” the insider adds. “Coparenting has been going well — they are doing the best they can.”

Cavallari, 34, and Cutler, 37, left fans wondering about their relationship status on Friday, January 22, when they posted the same Instagram photo with identical captions. “The world is full of users,” they wrote. “10 years. Can’t break that.”

Madison LeCroy, who was linked to the retired NFL star earlier this month, seemingly weighed in on the debacle via Instagram. “Unbothered,” she captioned a photo of herself in a red bikini on Saturday, January 23, tagging her location as “Nunya Business.”

The Southern Charm star, 30, then replied to an Instagram comment from Lindsay Hubbard on a fan account after the Summer House star, 34, noted she was “confused” by Cutler and Cavallari’s social media reunion. “Call me sis and I’ll tell you,” LeCroy responded. “Can’t wait to clear this up.”

Us exclusively revealed earlier this month that LeCroy had a “new, flirty thing” with the former football player. “It’s nothing serious at this point,” a source told Us. “But they’re having fun getting to know each other.”

The Bravo star fueled dating rumors earlier this month when she noted during a Watch What Happens Live With Andy Cohen appearance that she was “not kissing and telling” after being asked about her relationship with Cutler.

Cavallari, for her part, has been spotted packing on the PDA with Jeff Dye since October 2020. Despite the fact that the pair told each other “I love you” during an Instagram Live earlier this month, an insider said in November 2020 that their romance was “super hot and fiery” but she was not “looking for someone serious” at the moment.

The Uncommon James founder opened up about her enduring bond with Cutler in October 2020, revealing that they planned to celebrate Thanksgiving as a family. “I’m happy that we’re able to spend it together and have these conversations even though we’re in the middle of getting a divorce,” she exclusively told Us at the time. “So, I’m thankful for where we’re currently at.”