Turning over a new leaf. Kris Jenner seemingly extended an olive branch to Kylie Jenner‘s ex-BFF Jordyn Woods two years after she was caught up in Tristan Thompson‘s cheating scandal.

The model, 23, took to her Instagram Story on Saturday, April 10, to show off a box of new Safely cleaning products sent from Kris, 65, and business partner Chrissy Teigen to celebrate the brand’s official launch. Another photo featured a handwritten note and a bouquet of fresh flowers. 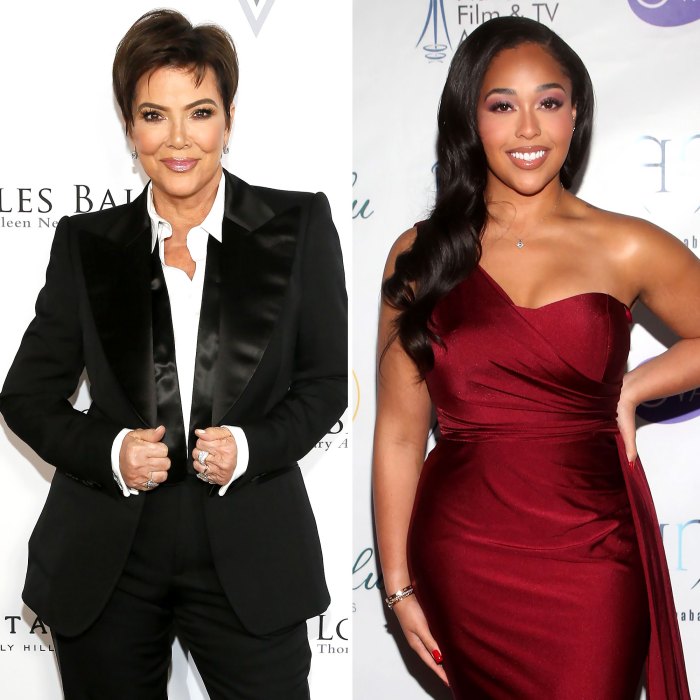 Kris’ gift comes two years after Woods made headlines in February 2019 for kissing Thompson, 30, while he was dating Khloé Kardashian. When news of the scandal broke, a source told Us Weekly exclusively that the Revenge Body host, 36, was “devastated” by the betrayal. “This is out of character for Jordyn and no one expected this to happen,” the insider added at the time.

Woods’ bond with the Kardashian-Jenner family was tested in the wake of the NBA player’s infidelity. Once best friends with Kylie, 23, the scandal caused the longtime pals to drift apart as Khloé’s siblings rallied around her.

More than one year after being cut off from the famous family’s friendship, Woods opened up about the “shame” she continued to feel as she fell into “a very dark place” amid the backlash. 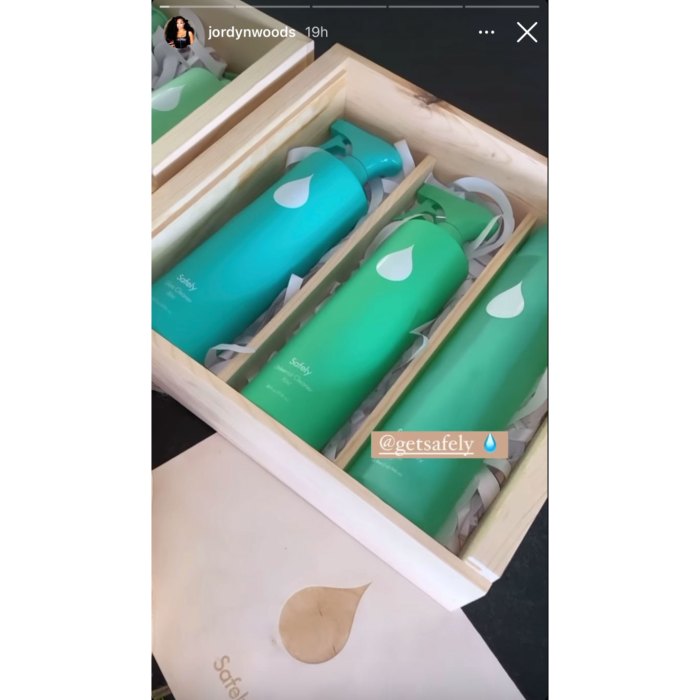 The Los Angeles native recalled feeling like “everything was against” her, but eventually came to terms with her involvement in the drama.

“It’s easy to beat yourself up over things you could’ve done differently, but you can’t hold on to what you could’ve or should’ve done. You just have to accept what actually happened and then you can let it go,” she added. “I think that letting go of shame is learning how to accept what’s happened.”

Kardashian and Thompson, who share 3-year-old daughter True, eventually reconciled and committed to coparenting cordially. After quarantining together during the coronavirus pandemic, Us confirmed that the on-off couple officially rekindled their romance.

“They never really fell out of love with each other,” a source revealed in August 2020, while a second insider noted that “Khloé is hopeful that Tristan has changed for good.”

Shortly after their reunion, the Canadian athlete was traded to the Boston Celtics. As they continue to adjust to living on opposite coasts, the pair are taking things day by day.

“They will be living together in Boston and L.A.,” a third source told Us in November 2020. “Tristan has really turned his behaviors around and is focusing on Khloé and True. All of Khloé’s friends really like Tristan. Even though what he did was so horrible, they know Tristan is a good guy and Khloé is very dedicated to making their relationship work.”