The Keeping Up With the Kardashians star, 41, shared a screenshot of Barker’s new music project, Neon Shark vs. Pegasus, which he produced, via her Instagram Story on Thursday, February 19.

Kardashian highlighted the “Pill Breaker” track off Trippie Redd’s album, which is presented by the Blink-182 drummer. Barker, 45, is also featured on the song alongside Machine Gun Kelly and Blackbear. 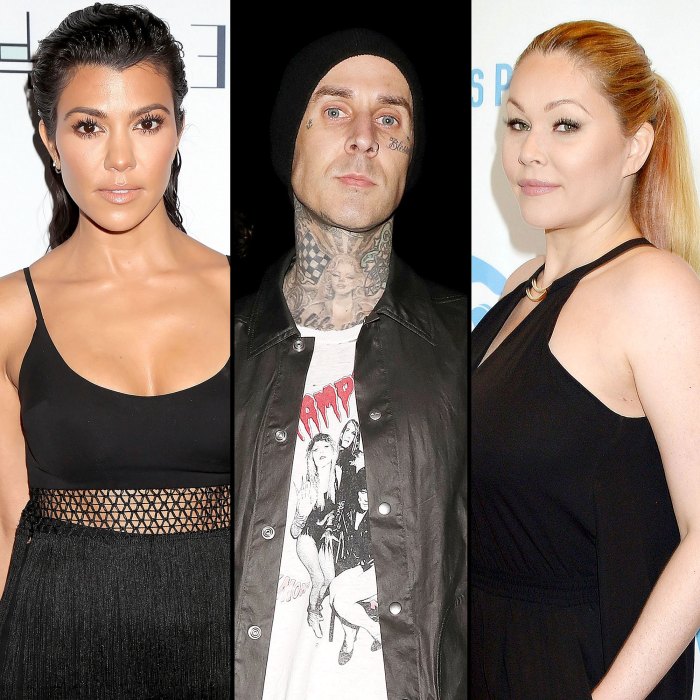 Barker reposted the Poosh founder’s shout-out and added a black heart emoji while tagging his love on Instagram.

Moakler, 45, shared a photo of herself in a white bra and matching skirt on Tuesday, February 16, captioning it with a lyric from Jessie Reyez’s song “Do You Love Her.” In the comments section, one fan allegedly wrote, “Shhhhiiiii that broad don’t got nothin’ on you. Travis downgraded big time.”

E! News reported that Moakler “liked” the comment, which has since been deleted. The Pacific Blue alum’s alleged shade came as Kardashian and Barker made their relationship Instagram official by sharing a holding hands photo on Tuesday.

Despite the rumored drama, a source exclusively told Us that both Kardashian and Barker’s families “are supportive” of their relationship. “It’s still very new, but they are both very excited by how easy it all has been,” the insider said on Wednesday, February 17.

A second source told Us that “Travis and Shanna are in a very good place coparenting their children [and] she wishes Travis all the best.” 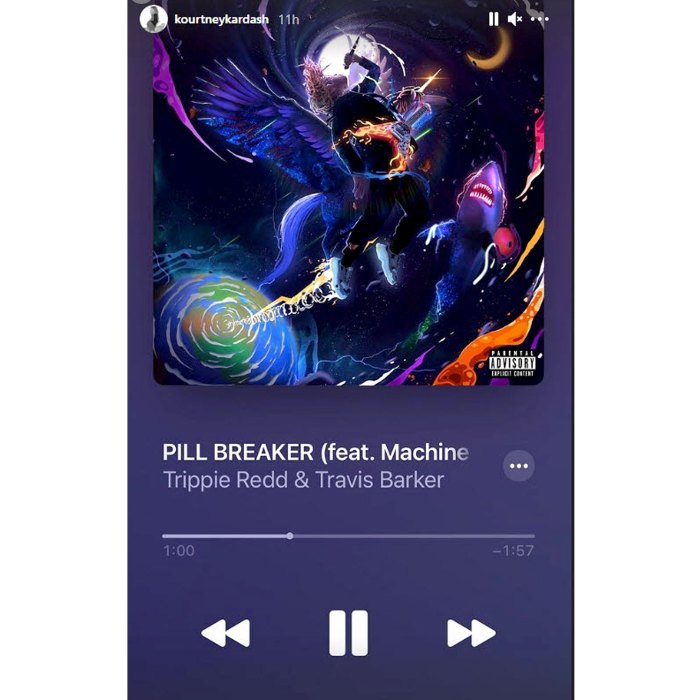 The drummer shares Landon 17, and Alabama, 15, with his ex-wife, whom he married in October 2004. The pair initially split in August 2006, but briefly got back together with before finalizing their divorce in 2008. The exes were then seen together at a pre-Grammys party the following year but have since gone their separate ways.

Us confirmed the romance news on January 24, with a source telling Us that they’ve been “close friends for years.” The insider added: “Travis is very smitten with Kourtney and has been for a while.”

The pair celebrated their first Valentine’s Day together on Sunday, February 14, by a romantic fire three days before confirming their relationship on Instagram.