No love loss. Kourtney Kardashian seemingly hinted at being happier without Scott Disick as he became Instagram official with Amelia Gray Hamlin over the weekend.

While Disick, 37, celebrated Valentine’s Day weekend with his 19-year-old girlfriend in Miami, Kardashian, 41, “liked” a post about being “better off” without a man who doesn’t see a woman’s worth.

“Daddy always has the best advice for an Achy Breaky Heart.?,” Miley Cyrus captioned a series of photos of her father, Billy Ray Cyrus, from Hannah Montana via Instagram on Saturday, February 13. “Listen to @BillyRayCyrus and take your horse to the Old Town Road & leave his ass in the past! #FatherKnowsBest ?.” 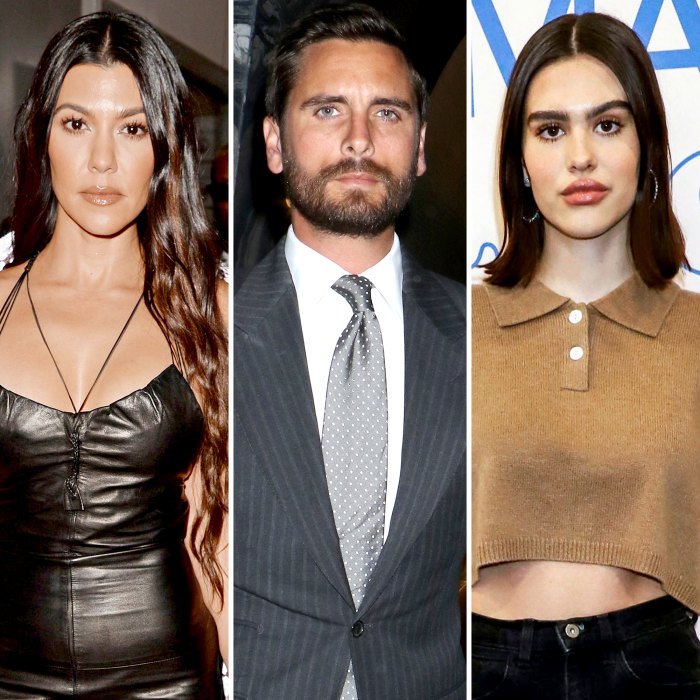 The snaps showed a moment from the Disney Channel show in which Billy Ray’s character, Robby Ray Stewart, gives his daughter advice on heartbreak.

“You’re better off without him if he’s gonna choose her over you, he obviously has no taste,” the quote read on the photos.

In addition to “liking” the post, the Keeping Up With the Kardashians star, who shares three children, Mason, 11, Penelope, 8, and Reign, 6, with Disick, commented with a heart emoji.

Disick and Hamlin became Instagram official the same day, sharing moments from their romantic getaway via their Instagram Stories.

The Flip It Like Disick alum posted two photos of the couple enjoying dinner in Miami on Saturday, captioning one, “Why so serious.” The second image showed the pair smiling, which led the father of three to write, “Just kiddin.”

The following day, the lovebirds posted snaps from their Valentine’s Day celebrations, including Hamlin’s pic of Disick driving a boat and a bouquet of roses he appeared to have given her for the occasion.

Disick was linked to models Bella Banos and Megan Irwin Blake ahead of his romance with Hamlin, following his split from Sofia Richie. The New York native dated Richie, 22, for nearly three years, breaking up in May 2020, before briefly rekindling their relationship. They called it quits for good in August 2020.

A source exclusively told Us Weekly last month that the Talentless founder, who dated Kardashian on and off for nine years before splitting in 2015, has the approval of the Poosh founder and her family in his new relationship.

“The Kardashian-Jenner family is super supportive of Scott and Amelia’s relationship. They really like the two of them together and think Amelia is a great influence on Scott,” the source said. “Scott and Amelia are in a really good place. They have a lot of love and respect for each other, and it shows.”

Kardashian, for her part, has moved on with Travis Barker. Us confirmed in January 2021 that the reality star and the Blink-182 rocker, 45, are officially together.

Disick is also supportive of his ex’s new relationship, with a source telling Us earlier this month that he “isn’t jealous over their romance because he believes he still has the upper hand being the kids’ father.”