Support system! Kourtney Kardashian was all lit up as she spent time with boyfriend Travis Barker in the studio.

The reality star, 41, posted two photos of herself from the location via Instagram on Saturday, February 27. In the snaps, she smiled and laughed while sitting in a black spiked chair with a sucker in her hand. She captioned the pics with a purple heart emoji. 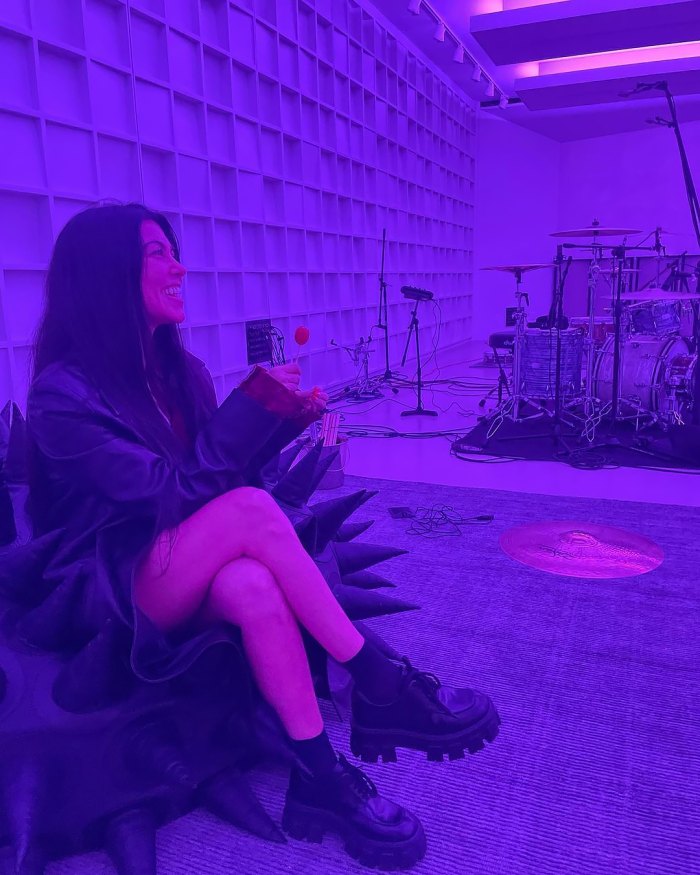 Barker, 45, then shared the shots via his Instagram Story, adding drums and black heart emojis.

Us Weekly confirmed in January that Kardashian and the Blink-182 drummer are an item. “Kourtney and Travis are officially a couple,” a source told Us at the time. “They have been close friends for years and have been dating for a couple months. Travis is very smitten with Kourtney and has been for a while.”

The pair connected through their children. The Keeping Up With the Kardashians star shares son Mason, 11, daughter Penelope, 8, and son Reign, 6, with ex-boyfriend Scott Disick, while Barker and ex-wife Shanna Moakler are parents of son Landon, 17, and daughter Alabama, 15.

“Travis and Kourtney’s kids are very close,” an insider revealed in January. “They became friends living in the same neighborhood and hang out a lot. Their kids’ friendship had Kourtney and Travis spending a lot of time together.” 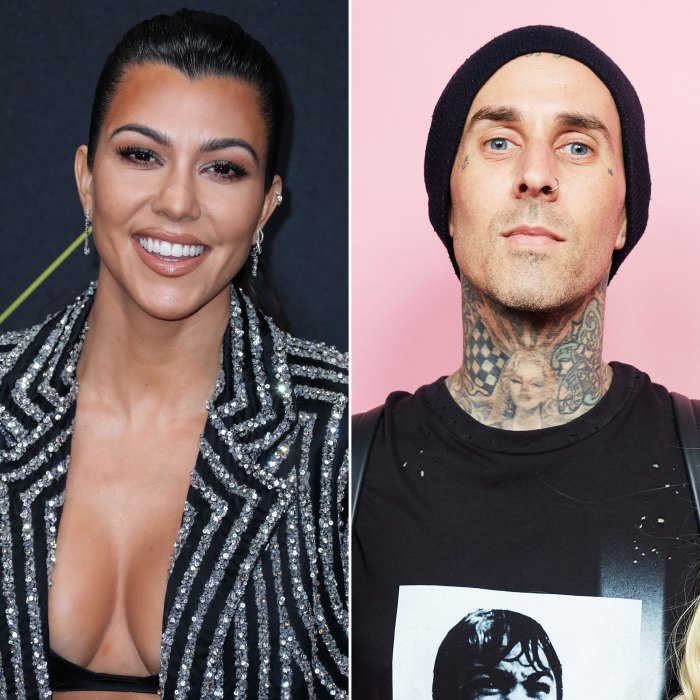 A source told Us earlier this month that Kardashian and Barker are “taking their time and trying not to move too fast,” although “no one is surprised by” their romance. The two have “so much in common,” including their family dynamics.

“They have big modern families [and they] both are dedicated to their kids. They come from these modern families with modern relationships,” the insider noted. “Both of their families are supportive. It’s still very new, but they are both very excited by how easy it all has been.”

Moakler, 45, added a slight complication to the mix by seemingly throwing shade at Kardashian via social media. The model clarified her feelings toward the Poosh founder on Thursday, February 25.

“As long as she’s great to my kids and they’re both happy, I’m happy for them,” she exclusively told Us. “I absolutely am super happy for them. I have no ill will toward anybody.”

Moakler also addressed her “like” of an Instagram comment that said Barker “downgraded” with Kardashian. “It was just a complete accident that I ‘liked’ it. A lot of times when I’m on my social media, I ‘like’ all the fans’ comments,” she explained. “I just kind of go down and heart everything and I didn’t even read that comment. I didn’t even know I ‘liked’ it until the press picked it up and it was all over the place. It was just kind of an unfortunate event, but I definitely wasn’t trying to start a social media war!”