On the mend. Kim Zolciak revealed that she and her husband, Kroy Biermann, were diagnosed with the novel coronavirus.

“Hubby and I tested + for Covid A few days ago! Been a hell of a ride!” the Real Housewives of Atlanta alum, 42, wrote via her Instagram Stories on Tuesday, March 2, alongside a photo of herself and the former football player, 35, hooked up to IVs at a doctor’s office. “Very thankful for our Dr’s.” 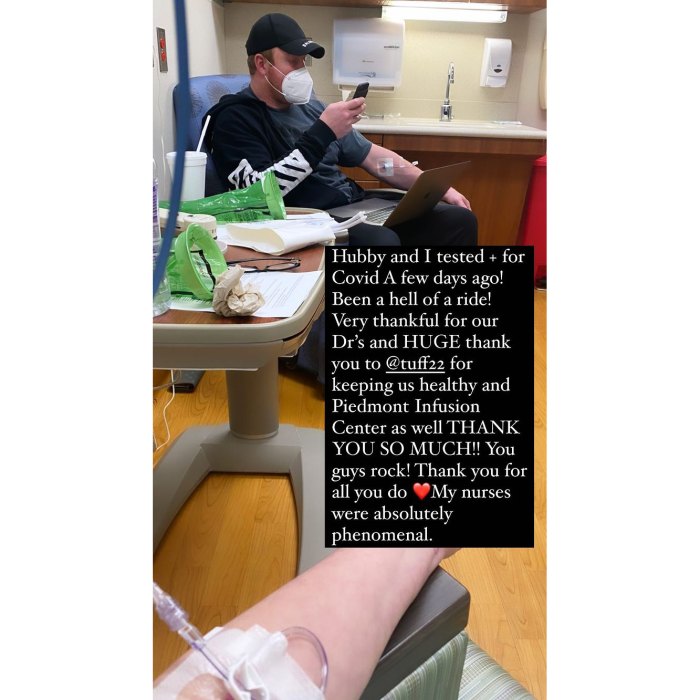 Zolciak also gave “a HUGE thank you” to the couple’s friend Chris Tuff and a local infusion center for “keeping us healthy,” adding, “THANK YOU SO MUCH!! You guys rock! Thank you for all you do. My nurses were absolutely phenomenal.”

The Don’t Be Tardy stars’ daughter Brielle Biermann previously tested positive for COVID-19. The 24-year-old shared the news via her Instagram Stories on January 13, writing that she was “still recovering” and feeling “beyond bored” while quarantining at home for two weeks. 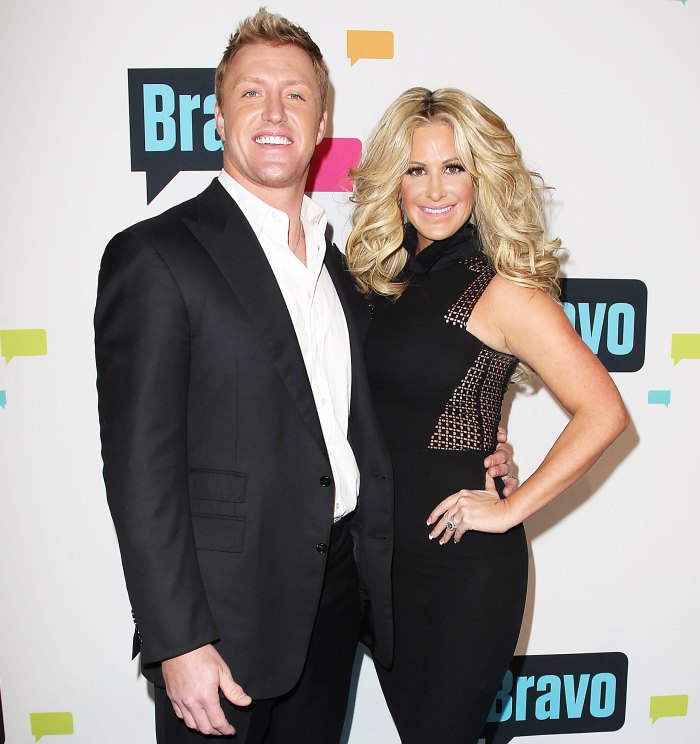 “Shout-out to Kroy who has been delivering me my necessities at the stairs. He’s been bringing me all my clothes and food. He even brought me milk and cookies the other night,” Brielle said in a video at the time, though Zolciak later clarified that she was the one who “made the cookies and milk.”

Her eldest child’s battle with the deadly virus left the “Google Me” singer feeling “very stressed,” so much so that she went straight to the bottle.

“I really haven’t been drinking my wine, which you guys know that I love my wine,” Zolciak said on her Instagram Stories on January 13, noting that her brief period of sobriety went “out the window” soon after Brielle’s diagnosis. “I was just like, you know what? Wine during this quarantine, it’s like, wine for lunch, have a glass for dinner. So, anyways, I guess tonight I’m drinking wine. Who’s with me?”

Brielle’s sister Ariana Biermann battled COVID-19 around the same time. The 19-year-old wrote via her Instagram Stories on January 15 that she was on “quarantine day 5 after testing positive for corona.” She assured her fans that she was “doing okay,” adding, “Stay safe during these tough times. And always wear your mask! I love you.” Ariana later revealed that her boyfriend, Aaron Scott, had also “tested positive.”

Kroy adopted Brielle and Ariana after marrying Zolciak in November 2011. The reality stars are also the parents of sons KJ, 9, and Kash, 8, and twins Kaia and Kane, 7.