“Kanye had moved out of the family mansion before Christmas. He only came home to spend the holidays with the kids,” a source tells Us Weekly exclusively. “Home [for him] is Wyoming. The trip to Los Angeles when he was spotted last week was to see the kids. Their values just didn’t align.”

The 43-year-old “Gold Digger” rapper’s “frenzy of tangents” eventually pushed Kardashian, 40, to “get off the roller coaster,” the insider says. “The divorce isn’t expected to get nasty.” 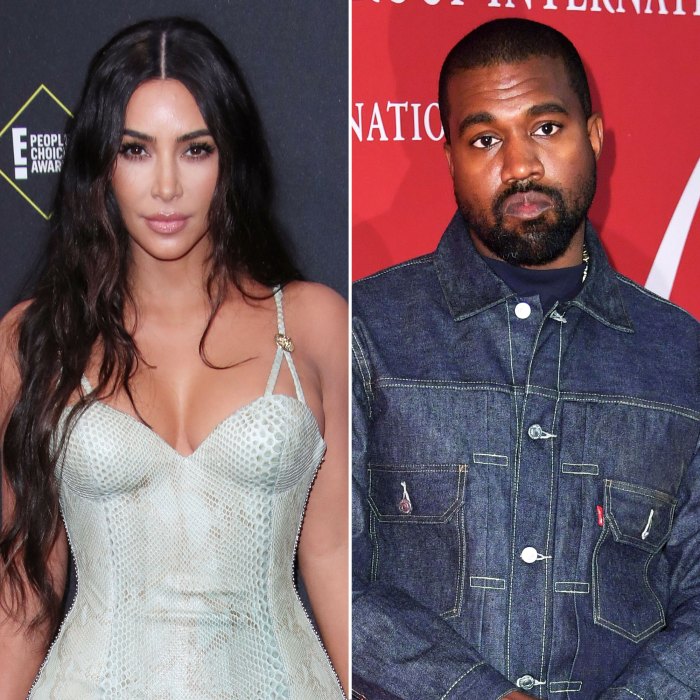 A second insider tells Us that “it was an amicable divorce and there was no drama” between the longtime pair.

Kardashian and West tied the knot at the Forte di Belvedere in Florence, Italy, in May 2014. They are the parents of North, 7, Saint, 5, Chicago, 3, and Psalm, 21 months.

Los Angeles County Superior Court officials confirmed to Us that the Skims creator filed for divorce on Friday, February 19. Kardashian was previously married to Damon Thomas from 2000 to 2004 and Kris Humphries for 72 days in 2011.

Us previously revealed that the Keeping Up With the Kardashians star met with attorney Laura Wasser in July 2020 after West divulged intimate family information at his South Carolina campaign rally and via Twitter. He eventually apologized to Kardashian in a tweet that read, “I would like to apologize to my wife Kim for going public with something that was a private matter. I did not cover her like she has covered me. To Kim I want to say I know I hurt you. Please forgive me. Thank you for always being there for me.”

Following the outbursts, West — who was diagnosed with bipolar disorder in 2017 — briefly visited a hospital near his Wyoming ranch for “anxiety.”

Though a source said that the events that transpired had “taken a toll” on the KKW Beauty mogul, she wanted to “figure out some sort of resolution for the two of them and their family.”

Us confirmed on January 5 that Kardashian was “done” with her marriage and that the pair “were living separate lives” completely.

“There is no communication between them right now. They’re living as a divorced couple,” an insider shared on February 4. “Kim’s only concern is her kids and her family. Her friends were sure she would file by now. It could happen any moment. There’s no way either of them will drag this out through the summer, it’s just not sustainable for either of them.”