Getting some fresh air! Kim Kardashian ventured out as rumors continue to swirl about the future of her marriage to Kanye West.

“Road Tripping,” the Keeping Up With the Kardashians star, 40, wrote on her Instagram Stories on Sunday, January 17, alongside a short clip of what appeared to be the San Gorgonio Pass wind farm near Palm Springs, California.

R&B singer Sabrina Claudio’s 2017 single “Frozen” played in the background of the video. Children’s voices could also be heard, likely those of Kardashian and West’s four kids: North, 7, Saint, 5, Chicago, 3, and Psalm, 20 months. 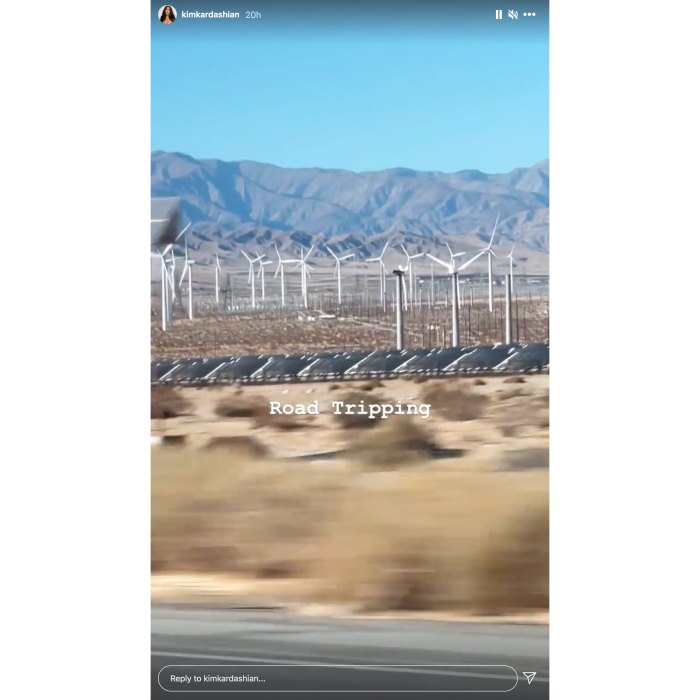 The couple’s relationship went south in July 2020 after the “Gold Digger” rapper, 43, publicly revealed that he and the KKW Beauty founder had considered aborting North. He subsequently went on a series of viral Twitter rants attacking Kardashian and her mother, Kris Jenner, before visiting a hospital near his ranch in Cody, Wyoming, later that month. Us Weekly exclusively reported at the time that the reality star had met with celebrity divorce attorney Laura Wasser “to explore and talk about” her options.

Kardashian and West seemed to be in a better place again by the end of the year, though fans were quick to point out that he missed much of her controversial 40th birthday party in October as well as her family’s Christmas celebrations in December. Then, earlier this month, multiple sources told Us that the social media mogul and the Grammy winner’s marriage had reached the point of no return.

“They have both been living separate lives for many months now,” one source revealed, while a second insider noted that Kardashian “is done dealing with Kanye’s unpredictable behavior.”

The E! personality and West, who married in May 2014, have not publicly commented on the news. A third source told Us that they have been “in counseling” and are “trying to work on their relationship.” 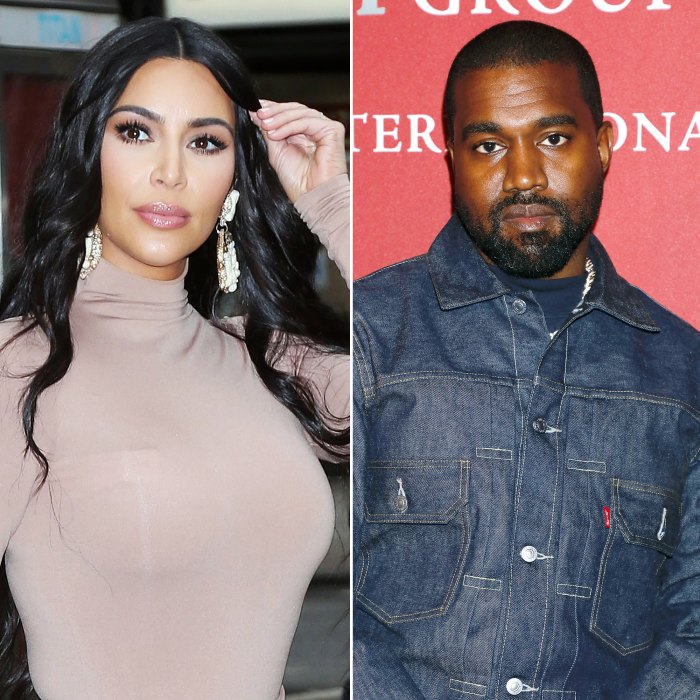 While the drama between the pair has been “extremely draining,” according to a fourth insider, they have gone out of their way to keep their little ones out of it.

“The kids don’t know anything about the problems their parents are having,” a fifth source told Us, adding that North, Saint, Chicago and Psalm are “very used to their dad living in another state.”

The Yeezy designer has spent much of the last few years in Wyoming, where he records music and works on his business ventures. Kardashian said on The Tonight Show Starring Jimmy Fallon in September 2019 that West’s “dream and his vision [was] to move there” permanently, but she only wanted to spend summers and “some weekends” there.

In the end, the distance between them only caused more problems. A sixth source recently told Us, “Kim and Kanye had no option but to live apart in the end because the communication between them had gotten so downright toxic. … Since neither of them wanted the kids exposed to that type of hostility, they [stayed] apart.”