Kim Kardashian is focusing on taking care of herself in 2021 amid rumors she and husband Kanye West are calling it quits.

The reality TV star, 40, shared an Instagram Story about working out on Tuesday, January 5, revealing that she and her famous sisters are participating in an intense diet and exercise regimen. 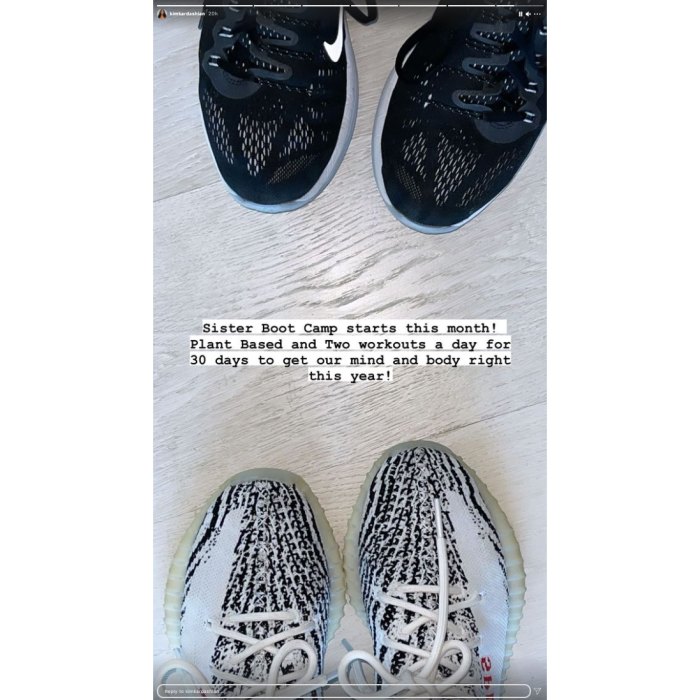 “Sister Boot Camp starts this month! Plant Based and Two workouts a day for 30 days to get our mind and body right for this year!” Kardashian captioned the Story, which showed two pairs of sneakers.

The post followed another Story of trainer Melissa Alcantara and Kim’s sister Khloé Kardashian, who was walking on a treadmill just out of frame.

Kim hasn’t publicly addressed rumors swirling about her marriage. The Keeping Up With the Kardashians star has not yet filed for divorce from the “Father Stretch My Hands” rapper, 43, which a source exclusively told Us Weekly “surprised” her close friends.

“Kim and Kanye haven’t been on the same page for a while now,” the insider said on Tuesday.

Multiple sources confirmed to Us that the KKW founder is “done” with her marriage. The pair have been “living separate lives for months,” but she hasn’t filed the necessary paperwork yet.

Another source said “it was only a matter of time” before Kim ended things, noting that the Chicago native’s refusal to seek help for his mental health struggles was a big factor.

The relationship hit a rough patch in July 2020 when West revealed during his first presidential campaign rally that the couple nearly aborted North, their first child. The award-winning musician followed his rally speech with a Twitter rant, claiming that he had been trying to divorce Kim for two years. 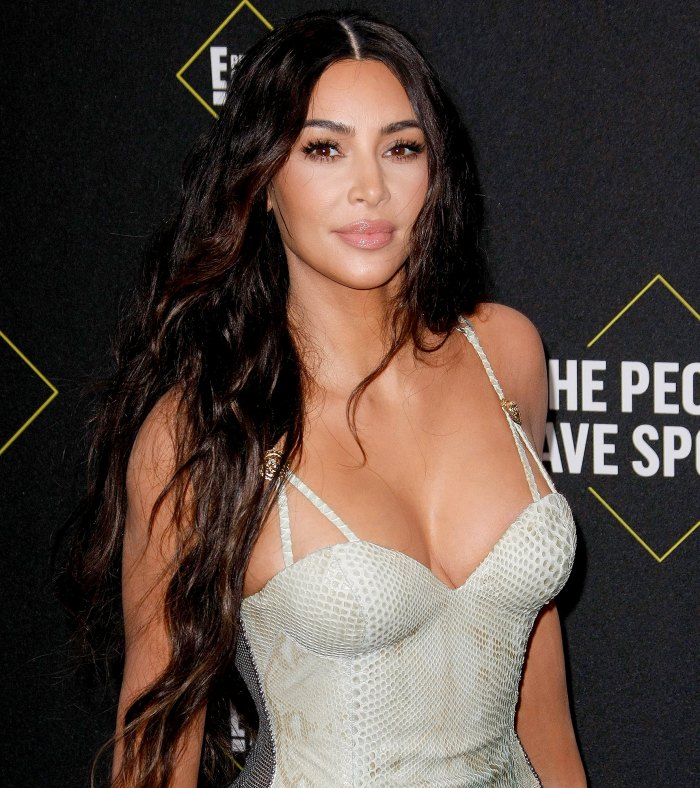 He also alleged that the Skims creator attempted to lock him up. West eventually apologized for his comments.

Us reported at the time that Kim was “meeting with lawyers to explore and talk about divorce,” according to a source. A second insider said she “wanted to make it work” for the sake of their children, North, 7, Saint, 5, Chicago, 2, and Psalm, 19 months.

Kim has been spotted on social media without her wedding ring and hasn’t posted any photos with West since November 2020. The couple tied the knot in May 2014 in Italy.

Couple with no DIY experience transform home for £6,000

Outriders delayed until April, free demo out next month