The gift that keeps on giving! Kim Kardashian was pleased to receive a package from Gwyneth Paltrow that contained some very Goop-y items. 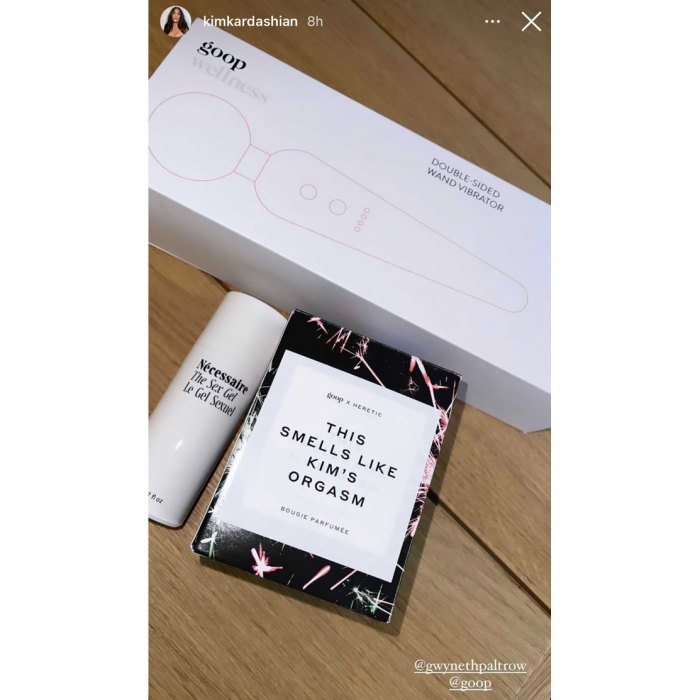 “I’ve never been more excited honestly … for the candle. Thank you, Gwyneth, I love you. Thanks Goop,” the Skims owner, 40, said via her Instagram Story on Friday, March 26.

Kardashian is currently in the middle of a divorce from Kanye West. Paltrow, who went through a high-profile divorce herself after she and ex-husband Chris Martin split in 2014, likely knows what her newly single friend is going through.

In September 2020, Paltrow told Us Weekly exclusively about the reasoning behind her candle line, which originally started with the headline-making “This Smells Like My Vagina” scent.

“You grew up getting messaging around the feminine care that was heavily scented with synthetic fragrances and all this kind of thing,” she said at the time. “I just felt it was time to make a bit of a feminist statement around accepting who we are and our femininity.”

The reality star is certainly accepting of who she is. According to the KKW Beauty mogul’s mother Kris Jenner, Kardashian has been focusing on her personal projects and keeping a positive outlook amid the ongoing legal proceedings with West, 43.

“Kim’s good, she’s good. She’s really, really busy working on all the different projects that she’s doing,” the former talk show host, 65, said on the Ellen DeGeneres Show on Thursday, March 25. “I don’t know how she does it with all those grandbabies. She’s got a lot of energy, that kid.” 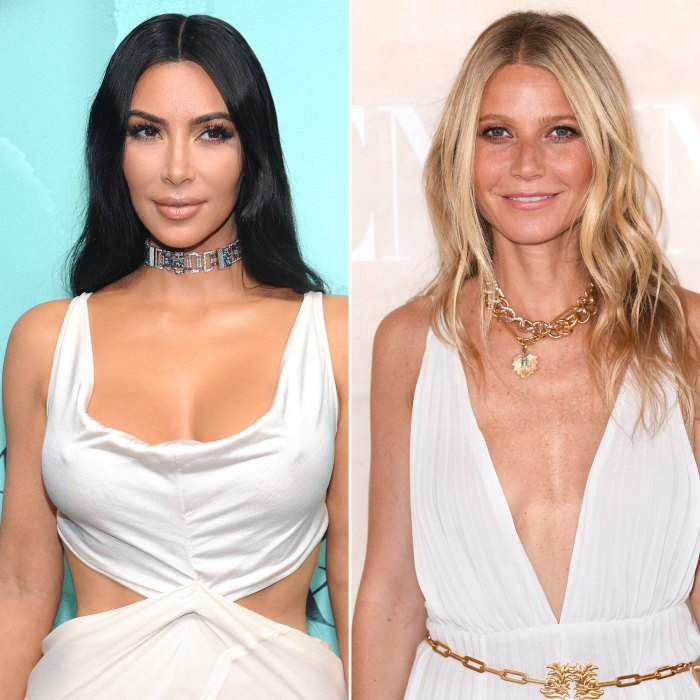 Kardashian and the rapper share four children: North, 7, Saint, 5, Chicago, 3, and Psalm, 22 months. The pair wed in 2014 after two years of dating. Us reported in July 2020 that the businesswoman was in talks with divorce attorneys, but the official filing did not come until February.

In March, a source told Us exclusively that Kardashian is “taking things day by day” when it comes to the split. “Everything has been going as smoothly as possible with her and Kanye so far,” the insider said.

In addition to her gift from Goop, the Keeping Up With the Kardashians star dove a little deeper into her sensuality over the weekend. On Sunday, she shared the news with her social media followers that she was binge-watching Bridgerton for the first time.

“It’s finally happening,” the Kourtney and Kim Take Miami alum wrote via Instagram Stories. “I am not OK!!!!”