What the hail? Kim Kardashian hilariously mixed up hail and snow, only to be corrected by her Instagram followers.

The Keeping Up With the Kardashians star, 40, shared videos of hail blanketing the ground in her Calabasas, California, neighborhood on Wednesday, March 10, alerting fans that it was “snowing.” 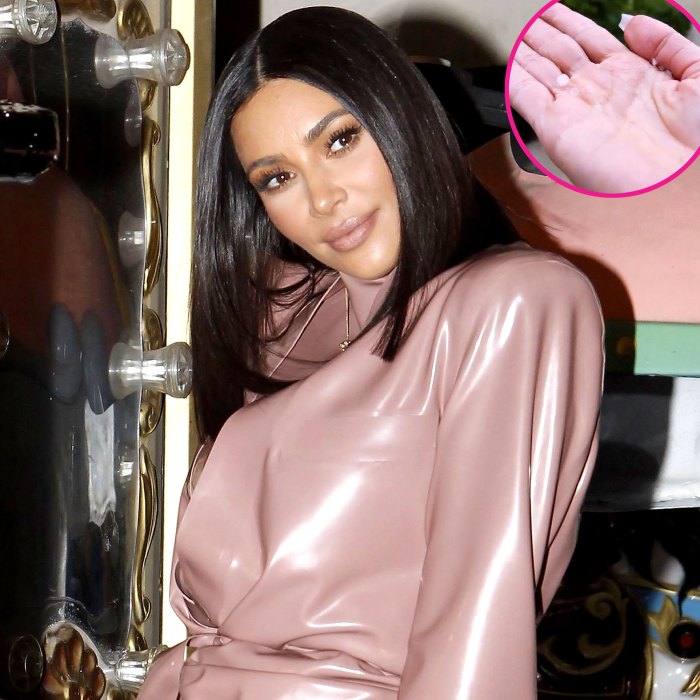 “I don’t know if you can see that, but this is absolutely insane,” she said in the clip, adding “This is crazy.”

The reality star went on, “This is a trip, like, it’s snowing in Calabasas.”

She resurfaced via her Instagram Story shortly after to reveal that she does, in fact, know the difference between hail and snow. “OK OK I get the message!! It is HAIL!!! Not SNOW!” 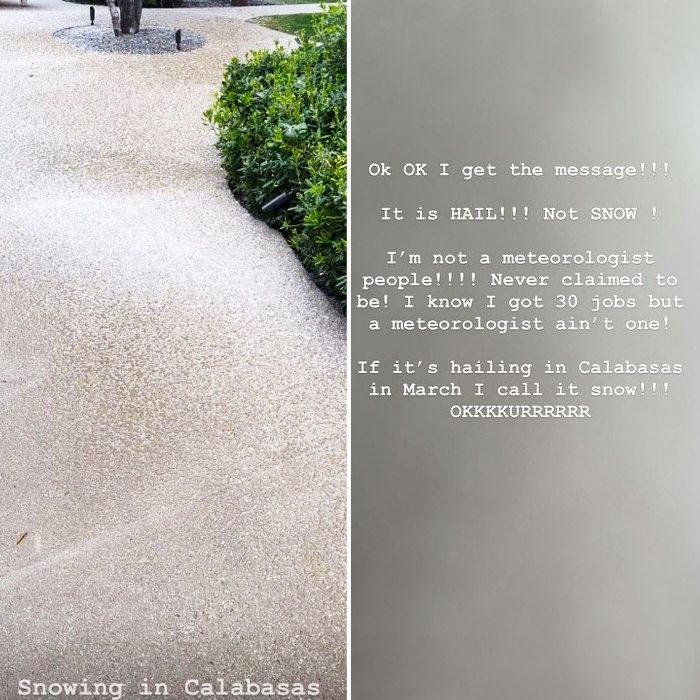 Kardashian joked, “I’m not a meteorologist people!!!! Never claimed to be! I know I got 30 jobs but a meteorologist ain’t one! If it’s hailing in Calabasas in March I call it snow!!! OKKKKURRRRR.”

The moment of brevity comes amid a challenging time for the hopeful lawyer, who is in the process of divorcing husband Kanye West. While the rapper, 43, is said to be in “good spirits” amid the split, previews for upcoming episodes of the final season of KUWTK show Kardashian crying.

“I feel like a f–king loser,” she says through sobs in the trailer, released on Monday, March 8.

E! released the clip less than one month after Kardashian filed for divorce from West on February 19 after almost seven years of marriage. Us Weekly previously confirmed the pair’s marriage difficulties would be a major player in season 20 of the Skims founder’s family reality show. The Yeezy founder is “less than thrilled” about the idea, a source confirmed earlier this month.

The couple’s marriage began to crumble in July 2020, at which time Us confirmed Kardashian had met with a divorce attorney. The news came shortly after West revealed during a 2020 presidential campaign rally in South Carolina that his wife considered having an abortion while pregnant with their first child, North, now 7 years old.