It’s all about perspective. Khloé Kardashian is no stranger to clapping back at trolls about her ever-changing look — but she thinks criticism of her latest Good American ad campaign is “really reaching.”

The Keeping Up With the Kardashians star, 36, posed for a series of artsy shots promoting her fashion brand’s new line of shoes. Fans couldn’t help but call out how big her feet and hands looked compared to the rest of her body in one of the pics, which was taken at a slightly slanted angle.

“Do they come in size 24 like these?” one social media user commented, while another joked that she was “stretched out” like the 1950s cartoon character Gumby. 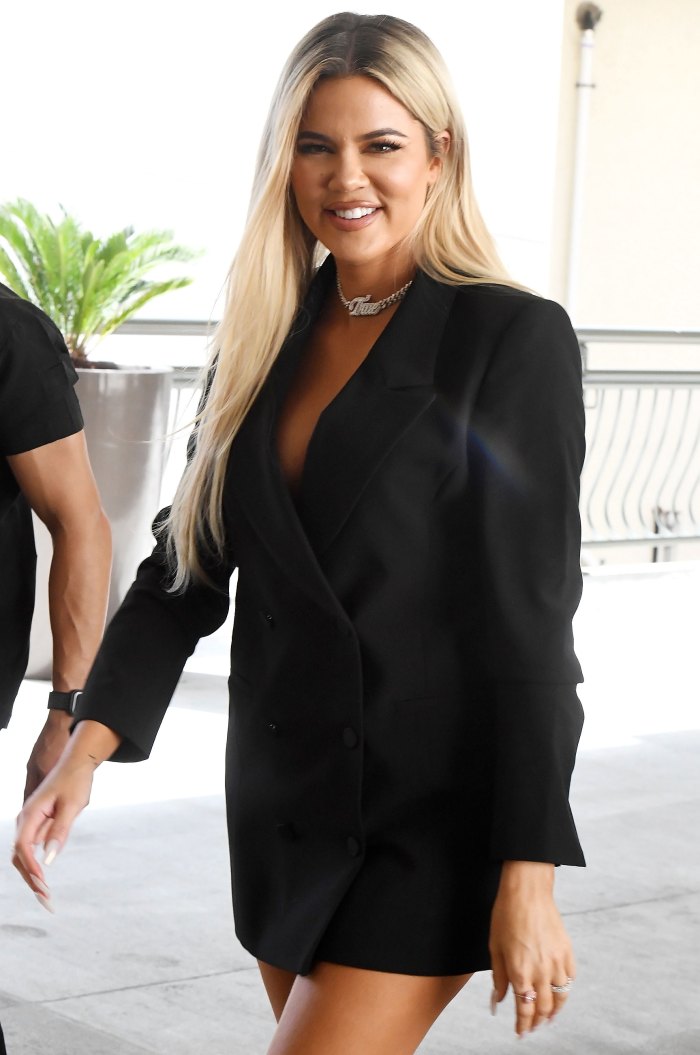 Khloe Kardashian arrives for an event at her Good American store inside the Aventura Mall on October 24, 2019 in Aventura, Florida. MEGA

After the eye-catching photos raised questions, the Revenge Body host cleared the air. “I mean..LOL how could anyone believe this is the size of my feet?!” she tweeted on Wednesday, February 24. “It’s the angle and the type of lens. And personally I think this camera lens is so f–king cool. It gives the photo a different vibe and not the same old visual I always see. Either way, I’m happy with them.”

In one of the pictures, Kardashian’s arms appear to be twice the length of her torso. However, the reality TV personality promised her followers that she doesn’t “have freakishly long fingers” and didn’t have work done to give herself a leaner look.

“I can’t believe I’m even tweeting this LOL my old hands normal sized hands are still in tack [sic]. Nope I didn’t get a surgery to stretch my fingers and nope it’s not a ‘photoshop fail’. Have a great day,” she wrote. “I absolutely love how my GA campaign turned out! … Hope the ‘concern and confusion’ is now put to rest and we can just enjoy the photos LOL this really made me laugh today. Thanks for the giggle. No lie.”

Kardashian’s look has changed significantly since KUWTK debuted in 2007 and she isn’t afraid to poke fun at plastic surgery assumptions and Photoshop filter claims. In May 2020, she teased that she gets a “weekly face transplant” after sharing a series of pics that made fans wonder how her features always look “so different.”

While speculation about her beauty secrets has continued to make headlines, the California native isn’t bothered by the attention.

“Her transformation is due to hard work in the gym,” a source told Us Weekly exclusively in October. “She hasn’t done a major surgery, just small treatments like micro-injections, laser work and facial contouring. … She feels like the best version of herself.”