No bad blood here. Keri Hilson has heard the rumors about her supposed feud with Beyoncé, but whatever happened — or didn’t happen — in the past is firmly in her rearview.

The “Pretty Girl Rock” singer, 38, said in a new interview that the two stars had a “healing” moment that ended any tension between them. “She actually has introduced herself. It was a gracious moment,” the Georgia native revealed during an appearance on Middays With Persia. “I appreciated it. I feel like she understood what happened, what had transpired and there was a bit of healing in that moment when we met. I take her as a very intuitive kind of soul, as am I.”

Rumors about drama between the pair began in 2009 when Hilson released a remix of her song “Turnin’ Me On,” which seemingly included a dig at Beyoncé, 39. “Your vision cloudy if you think that you the best / You can dance she can sing but need to move it to the … ,” she sang on the track. Fans believed that the line was a reference to the Houston native’s 2006 hit “Irreplaceable” with its famous refrain, “To the left, to the left.” 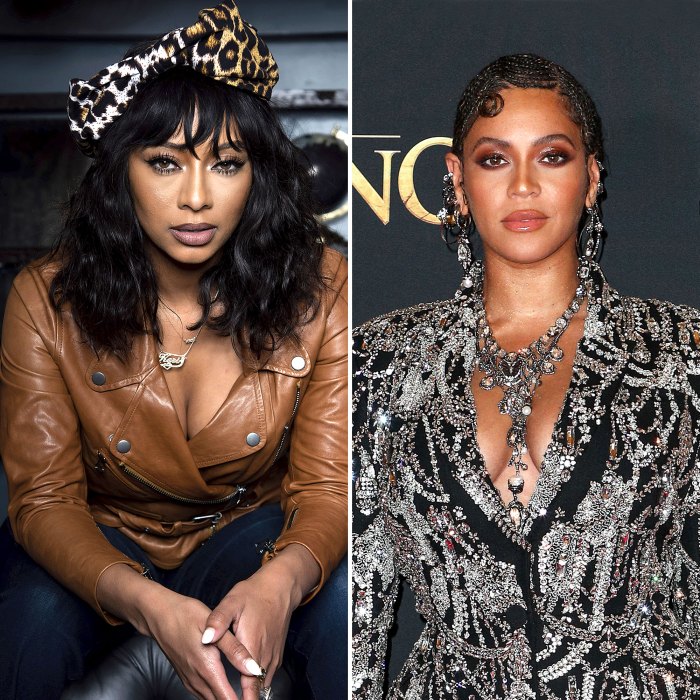 According to the Think Like a Man actress, she originally meant for the song’s lyrics to be vague. “It’s anybody that ever tried to take me down and didn’t want to see me succeed,” she said. “I’m not gonna call their names because I feel I’ve addressed it.”

Hilson has previously suggested that she didn’t have a lot of control over her image in the “Turnin’ Me On” days. “When you’re early in your career, you feel that you have to listen,” she said on Out Loud With Claudia Jordan in August 2020, adding that she didn’t write her own lyrics in those days. “When you buck, they buck harder and they make threats. Those threats are huge ones. You don’t feel like you have a choice. I really didn’t feel like I had a choice.”

Beyoncé has never publicly addressed the drama between the two singers, but Hilson would be thrilled to collaborate with the Lemonade artist if the opportunity ever arose. “It would be a very fun experience to do that if she were open,” she shared. “I do feel like she understood what that was all about. She’s amazing. I’ve always felt that way. That’s the truth of the matter, but no one will believe that.”