Stamp of approval! Kendall Jenner’s family is supportive of her relationship with Devin Booker, a source exclusively tells Us Weekly.

“The Kardashian clan is fond of him for sure,” the insider says. “They’ve gotten to spend a lot of time with him and find him very charming, respectful and fun!”

The couple, who were first linked in April 2020, recently took the next step in their relationship, going Instagram official last month, but don’t have any plans to accelerate their romance timeline. 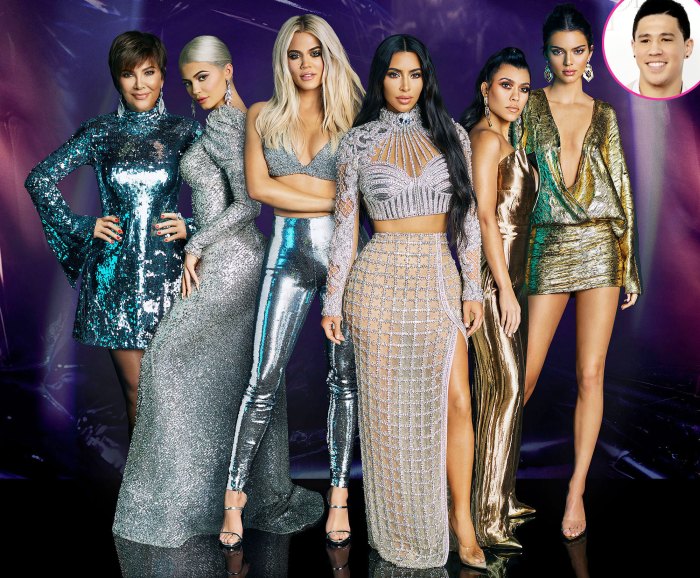 The source adds that the Kardashians “respect Kendall’s decision to not jump into an engagement” and instead just “enjoy these moments” with her boyfriend.

The reality star squad “just want her to be happy with whomever she’s with,” the insider says.

Us confirmed in June 2020 that the Keeping Up With the Kardashians star, 25, and the Phoenix Suns player, 24, were “hooking up” after being spotted on a road trip to Sedona, Arizona, together two months prior.

After being seen together several times during the summer of 2020, a source told Us in August that the pair’s relationship was “easy because they get along well, and he also gets along great with her family.”

Two months later, Jenner cozied up to the basketball player while celebrating her birthday with a Halloween-themed party in October 2020. She later shared a photo of the lovebirds from the controversial bash, which took place amid the coronavirus pandemic, where many partygoers were not wearing masks.

The couple gave fans a closer look at their romance last month, with Jenner sharing a cuddling photo via her Instagram Story in honor of Valentine’s Day. Three days later, the Kendall + Kylie designer, who previously dated athletes Blake Griffin and Ben Simmons, was spotted at the Phoenix Suns game in Arizona, rooting on her beau from a box.

Earlier this month, a source exclusively told Us that Jenner “likes the pace at which things are going at the moment” with Booker, who was previously in a relationship with Kylie Jenner’s former BFF Jordyn Woods.

The insider added that they “care about one another immensely, but it’s not like they will be getting engaged any time soon,” noting the duo are “not the kind of couple that spends 24/7 together.”

Cheryl Burke Apologizes to Ian Ziering for Past Comments