The real deal? Kendall Jenner caught Devin Booker‘s eye when she shared a new bikini photo on Instagram, proving that their romance is still going strong.

Jenner, 25, posted a series of swimsuit pics on Wednesday, January 20, teasing, “a new day! a good day!” in the caption. The Phoenix Suns player, 24, was quick to praise his famous flame and shared her post on his own Instagram Story. “Whew,” he wrote, adding a sweating emoji alongside one of the poolside snapshots. 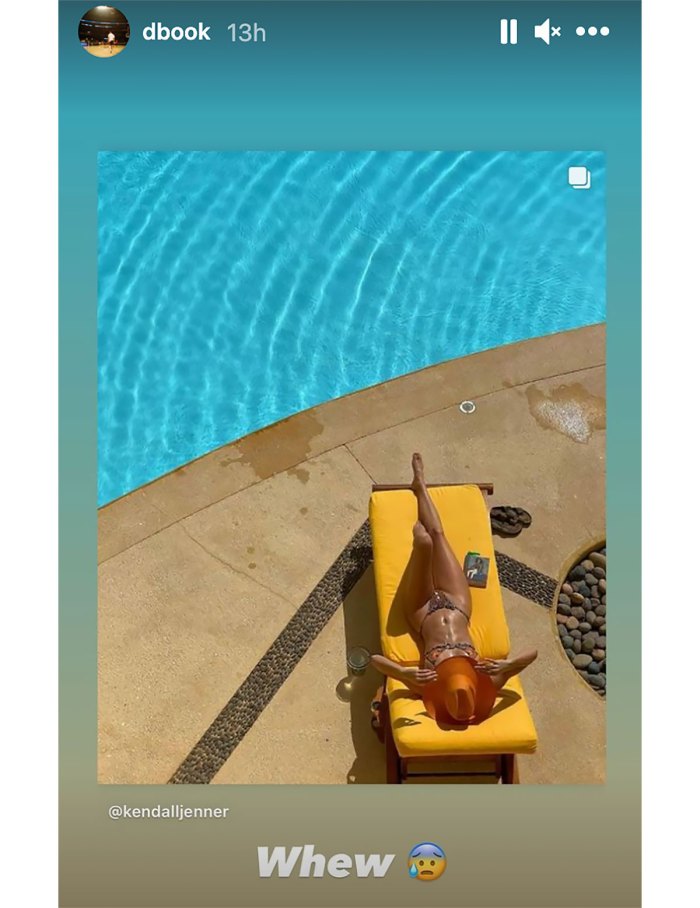 The Keeping Up With the Kardashians star was first linked to the pro athlete in April 2020 when they were spotted on a road trip to Sedona, Arizona. Two months later, a source exclusively confirmed to Us Weekly that the twosome were “hooking up” — but it wasn’t anything “serious.”

Booker previously dated Kylie Jenner‘s ex-BFF Jordyn Woods in 2018. Kendall, for her part, dated Ben Simmons on and off from 2018 to 2019. The former couple briefly reunited before Kendall sparked relationship rumors with Booker, but a source told Us at the time that they were “not officially back together.”

Kendall — who has also been linked to NBA star Blake Griffin in the past — previously clapped back at haters who criticized her dating history. In April 2020, a social media user tweeted a video of three men tossing a little girl around in a circle captioned, “Nba players passing around Kendall Jenner.” The reality star quickly fired back, joking, “They act like I’m not in full control of where I throw this cooch.”

When it comes to her romance with Booker, the California native has been keeping things casual. A source told Us in August 2020 that the duo enjoy “just having fun with each other” and hadn’t put a label on their relationship yet. “It’s easy because they get along well and he also gets along great with her family,” the insider added. 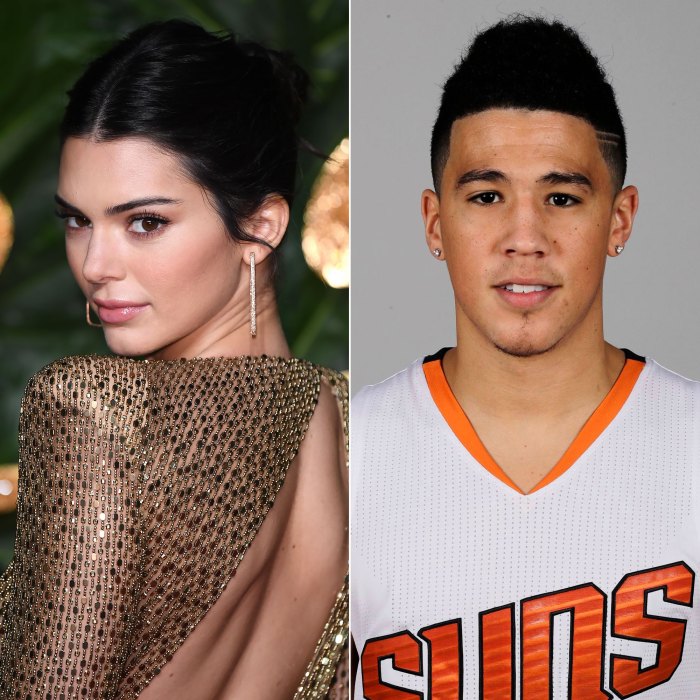 Three months later, Kendall shared a steamy snap with her beau from her controversial 25th birthday party, which was thrown during the coronavirus pandemic. The black-and-white showed Kendall pressed close against Booker, who posed with his hand gripping his hat.

The Kendall + Kylie designer previously opened up about the biggest lessons she’d learned from dating in the public eye after famous flings with Harry Styles, A$AP Rocky and more. “A lot of the relationships have taught me more about myself, which is the most valuable,” she said in a behind-the-scenes video from a February 2020 Calvin Klein campaign. “And like, what I want from a person or from a relationship.”