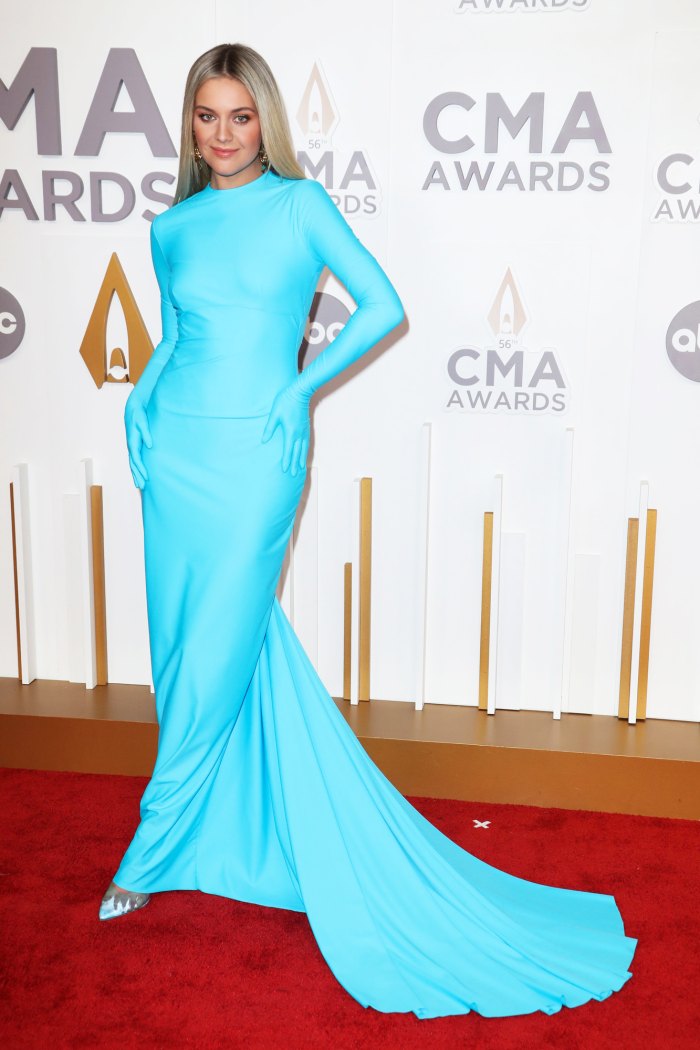 What a whirlwind! Kelsea Ballerini revealed she had quite the day on Tuesday, November 15, after she and ex-husband Morgan Evans legally dissolved their marriage following their August split.

“The truth is that this morning I started my day at the courthouse finalizing my divorce,” the 29-year-old musician told the crowd during her Tuesday performance at the Grand Ole Opry in Nashville, Tennessee. “And then getting nominated for a Grammy, and then getting the keys to my dream home, and now standing in the circle of the Opry.”

The “Peter Pan” songstress added: “And s–t, if that ain’t country music, I don’t know what is.”

Ballerini opened up to her fans about the emotional day by sharing a clip from her Opry show in which she detailed the highs and lows. “If country music is the truth of life, here’s mine,” she captioned the in-show speech via her Instagram Story. “What a damn day.”

Hours earlier, the Tennessee native revealed via social media just how excited she was about earning a Grammy nod for her song “Heartfirst” in the Country Solo Performance category. Ballerini previously earned nods for Best New Artist in 2017 and Best Country Album in 2019.

“The song about following your heart no matter where it leads just for nominated for a GRAMMY. couldn’t be more cosmic,” the two-time CMT Awards cohost wrote via Instagram alongside a video of herself watching the announcement live and breaking into tears with a group of friends. “Here’s to always jumping right in baby with your heartfirst. 🥹🤍😭.”

The “Half of My Hometown” singer’s third Grammy nomination came three months after she and Evans, 37, confirmed that they had parted ways after less than five years of marriage.

“They’ve been working on their marriage for many years and have even tried therapy,” an insider exclusively told Us Weekly in August, noting that the twosome “privately separated at one point” before giving their relationship another shot.

The duo, who tied the knot in December 2017, “ultimately decided that they had no choice but to officially separate,” the source added.

Earlier this month, Us confirmed that the “Hole in the Bottle” singer and the Australia native amicably reached a divorce settlement.

While the exes have seemingly parted ways on good terms, Ballerini and Evans appeared to be “keeping their distance” from one another at the Country Music Association Awards on November 9, a source exclusively told Us.

The former flames attended pre-CMAs press events on “opposite days” so they seemingly “wouldn’t run into each other,” the insider explained.

The “Kiss Somebody” crooner and the former Voice coach stayed apart during the awards show and “were not see together at all — and never crossed paths,” the source added.

Nevertheless, the “Miss Me More” songstress appeared to be in good spirits as she roamed the Bridgestone Arena in Nashville.

“She was constantly smiling and goofing off when she interacted with her fellow nominees during breaks,” the insider told Us, noting that Evans, for his part, was “very friendly” throughout the night and “made sure to stop and talk with everyone on the red carpet.”