How to lose a … yellow gown? Kate Hudson is not sure where her iconic How to Lose a Guy in 10 Days dress is these days.

“You know what? I have no idea where that dress is!” the star, 41, said in an interview with Elle published Monday, March 1. “I know it was Carolina Herrera, and our amazing costume designer designed the dress with Carolina’s team. I do not know where it is, but I feel like we should find it!”

In February 2020, costume designer Karen Patch was interviewed about the dress. “I wanted an iconic image — that’s the other thing that came to my mind — that would come together before us,” she told Nylon. Patch recalled testing two additional colors, “mossy green” and “midnight blue,” before settling on the sunny hue. 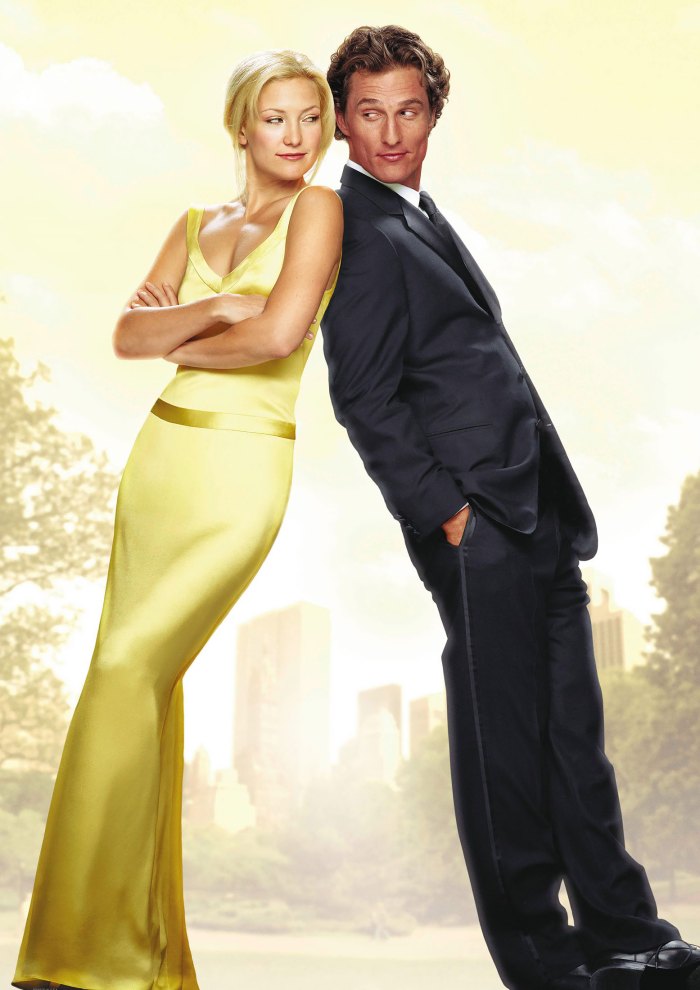 The slip dress was first worn almost two decades ago when Hudson starred alongside Matthew McConaughey in the rom-com. The 2003 film revolves around magazine columnist Andie Anderson, who is assigned a story about how to get a man to break up with you in just 10 days. Meanwhile, McConaughey’s Ben Barry makes a bet that he can get any woman to fall in love with him in the same amount of time.

In August 2020, the Golden Globe winner told Elle that she’s thought about how a modern sequel to the film would look.

“I’ve always thought about what [McConaughey] and I’s characters would be now, if we were still together,” the Music actress said in the interview. “We probably would have gotten married with kids. We’re probably miserable right now!” 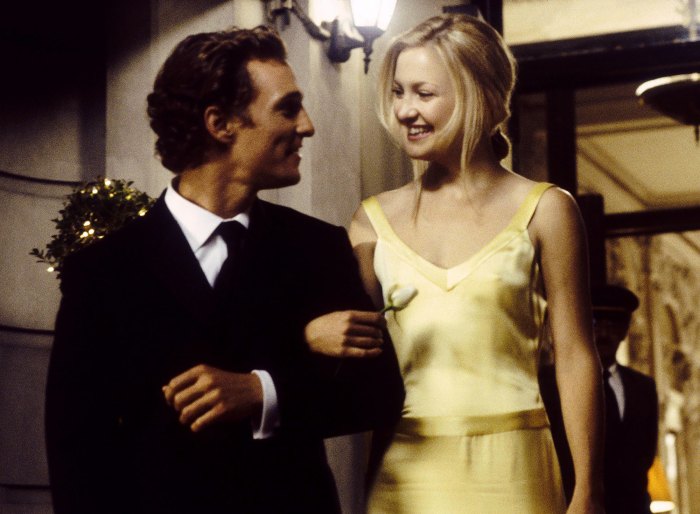 Matthew McConaughey and Kate Hudson in “How To Lose A Guy In 10 Days.” John Clifford/Paramount/Kobal/Shutterstock

Although the Almost Famous star has worn plenty of iconic looks since the Carolina Herrera gown (including a Louis Vuitton number for this year’s Golden Globes), the yellow dress has a special place in many fans’ hearts — as does the jewelry that went with it.

During the 2019 Oscars, fans were quick to point out that Lady Gaga’s Tiffany necklace looked like the one Ben made Andie wear with the gown in the film.