Next steps! Kate Hudson is engaged to her longtime boyfriend, Danny Fujikawa, after nearly five years together.

The Almost Famous star, 42, announced the news on Monday, September 13, with a selfie posted via Instagram. “Let’s go!” she captioned the sweet snap, which showed her embracing the musician, 35, on a beach. She also added bride, groom and wedding chapel emojis.

The pair began dating in 2016 after knowing each other for years. They welcomed their first child, daughter Rani, in October 2018.

Like Robinson, 54, and Bellamy, 43, Fujikawa is a musician, having founded the band Chief with his brother, Michael Fujikawa. 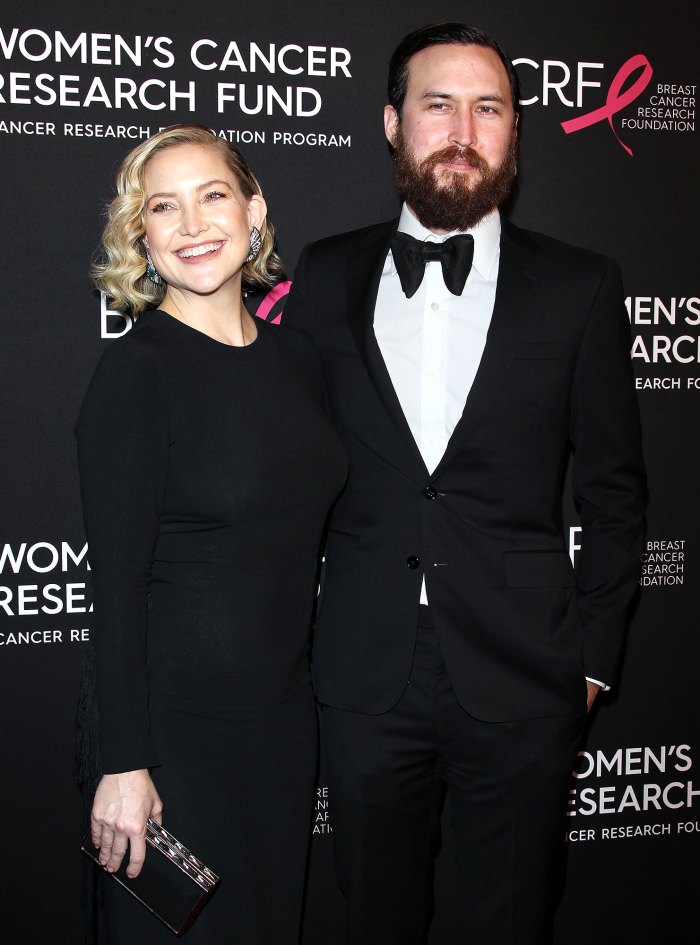 “I’m attracted to musical people, period,” the Something Borrowed star told InStyle in March 2021. “From the outside, yeah, I get it. ‘Oh, I like a rock star,’ or whatever. But that’s not really what it is. The reason I connect so deeply with musicians … is because we all connect to music in a way that you don’t have to explain. You just feel it, and it’s something you love. The lifestyle is not something to fall in love with.”

While celebrating her one-year anniversary with Fujikawa in December 2017, Hudson reflected on having met him years earlier while she was pregnant with Ryder. “His step sisters are my best friends [Sara Foster and Erin Foster] and so it goes we have been in the same circle for over a decade,” she wrote via Instagram at the time. “A year ago today, Danny took me on a hike and what I thought was just a hike with a family friend turned very quickly into an unexpected first date. No moves were made on this first date. In fact, it took months for him to make a first move!”

After the Fool’s Good actress posted the news of the couple’s engagement, both of the Foster sisters weighed in on the happy announcement. “Finally we are officially sisters!!” wrote Erin, 39, in a comment on Hudson’s post.

Sara, 40, implied that the duo had been engaged for a while. “Whoa. It’s official 😱,” she wrote. “Not gonna lie, been a hard secret to keep. I may have slipped and told a few people.”

Earlier this year, a source told Us Weekly that Hudson has a great coparenting relationship with her exes, who also get along well with Fujikawa.

“She has a great dynamic going with Danny but also with Matt and Chris,” the insider explained in April. “They all work as a team to put the kids’ needs first.”

We don’t live in isolation. Our ancestors’ trauma can affect our health generations later | New Zealand

Can you guess who these A-listers’ daughters are?

Billie Eilish on ‘Dehumanizing; Double Standards Over Her Outfits